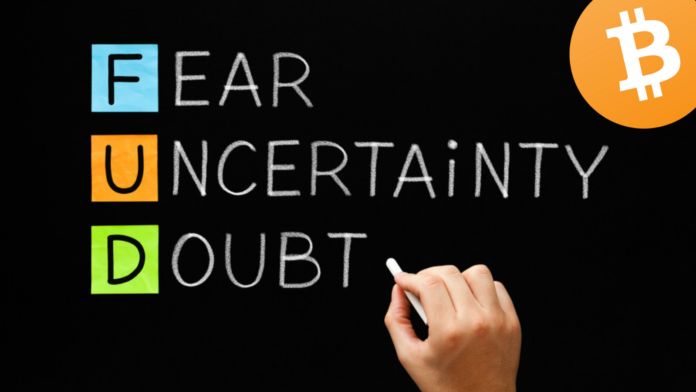 The British newspaper the Guardian has published an opinion piece by Kenneth Rogoff, professor of economics and public policy at Harvard University. The good news is that he does not necessarily think that BTC will be worth $0; the bad — he is critical of just about everything in crypto.

Rogoff begins the piece by stating that despite the price drop “don’t expect to see true believers lining up to have their cryptocurrency tattoos removed just yet.”

He notes that he attended a recent conference which showed him that for many crypto enthusiasts the current bear market is nothing special: They still recall the time when BTC was trading at $13 in 2012.

This is when Rogoff’s seemingly enthusiastic approach more or less ends. What follows next is a mix of statements that try proving that crypto is not a very promising entity.

You are about to enter the FUD zone

He goes on noting that multiple actors are realizing that they cannot simply watch “large expensive-to-trace transaction technologies that facilitate tax evasion and criminal activity” go by. The regulators will eventually kick in, while banks will be turning to digital currencies of their own.

Citing his book, The Curse of Crash, Rogoff points out that “just because the long-term value of bitcoin is more likely to be $100 than $100,000 does not necessarily mean that it definitely should be worth zero.” Thus, he indirectly criticized Nouriel Roubini who is, mildly put, not a crypto fan and believes that everyone has been taken on a pump-and-dump ride.

And yet he believes that crypto should be perceived as lottery tickets which may or may not pay off in a kind of dystopian future where they are used in rogue and failed states. Venezuela, which has issued “petro” is a key example, according to him.

Plus, in order for cryptocurrency to become adopted its liquidity has to rise. People will need to be able to use it on a daily basis, i.e. for buying and selling goods. “And if governments ever make it illegal to use coins in retail stores and banks, their value must ultimately collapse,” he writes.

Moreover, Rogoff does not buy that BTC’s limited supply will serve as an ultimate driver of its price. Nor does he see any reason to compare it to gold.

“Many crypto-evangelists insist that bitcoin is “digital gold,” in part because the long-term supply is algorithmically capped at 21 million. But this is nutty. For one thing, unlike gold – which has always had other purposes and today is employed widely in new technologies from iPhones to spacecraft – bitcoin has no alternative use,” he notes.

He rejects its potential to lower phenomenal energy cost, as a centralized system is ultimately more efficient: “Take away near-anonymity and no one will want to use it; keep it and advanced-economy governments will not tolerate it.”

Only foolish countries will embrace crypto

To fan the flames, Rogoff argues that money is not a social convention, after all. Just because we agreed that something has a value is not really viable. Thus the bubble will burst eventually.

“The prices of assets that do have real underlying value cannot deviate arbitrarily far from historical benchmarks. And government-issued money is hardly a pure social convention; governments pay employees and suppliers, and demand tax payments in fiat currency,” he explains.

Rogoff does admit that it is way too early to judge how the whole crypto affair will play out, especially since multiple players are slowly getting on board. There is, however, no guarantee that governments adopt one of today’s private digital technologies. In fact, he believes that the pivotal question is “if and when global regulation will stamp out privately constructed systems that are expensive for governments to trace and monitor.” He also posits that no advanced country is “foolish enough to try to embrace cryptocurrencies, as Japan did last year, risks becoming a global destination for money-laundering.”

But what about more ostracized economies, like Iran and Russia? They will be less interested, as cryptocurrency is a potential way of circumventing U.S. sanctions that both states are subject to, Rogoff admits.

Rogoff’s views are not exactly what you would call enthusiastic. Neither are they overly systematic. He brings up multiple facets of crypto and factors that may affect its price which can be theorized through various lenses but does not really elaborate any of them.

However, he does conclude the article by saying that “the price of these coins is not necessarily zero.” They are probably worthless, he believes, like any other lottery tickets. But at the same time, he vaguely hints that we may not know yet why these coins will be valuable one day.

If by any chance you feel that there was too much FUD in one article, then make sure to check out an alternative view by Altcoinbuzz.

Without excessively commenting on Rogoff’s statements, the nature of which is quite categorical and ill elaborated, certain food for thought does emanate from this article. More precisely, is money a social convention or not? He implies in his article that gold has intrinsic value. But so does uranium, for example, and yet there are no social conventions around it. So before being that categorical economists and the like should answer for good what is an intrinsic value of an asset? And can “anonymity,” “speed of transaction,” “decentralized verification,” and “limited supply” work for crypto the same way that malleability, ductility and other factors do for gold? 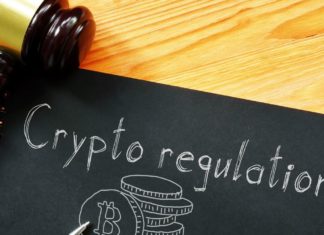 Camille Lemmens - April 15, 2022 0
The State of New York has some of the best legislation in place for cryptocurrencies in the US. This all comes from New York’s...