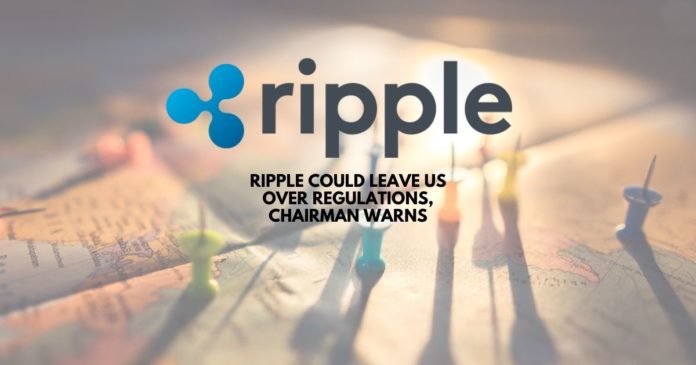 In view of the United States’ stance towards cryptocurrency and regulations enacted by the U.S. Securities and Exchange Commission (SEC), the executive chairman of top payment protocol and exchange network Ripple has warned that the firm is considering leaving the U.S.

Chris Larsen, Ripple co-founder and executive chairman, disclosed this at the LA Blockchain Summit, noting that the fintech firm may move overseas due to the regulatory stance of the U.S. government towards the crypto industry. One major point of contention is that the SEC considers XRP to be a security. However, Ripple maintains that XRP is actually decentralized and not a security, although the company controls a large amount of XRP.

Larsen condemned the country’s “hostile stance” toward cryptocurrency firms. He stated that most countries, unlike the United States, have a  much more favorable system to regulate digital currency.

Larsen declared, “To be honest with you, we’re even looking at relocating our headquarters to a much more friendly jurisdiction.”

The Ripple executive chairman further revealed that the fintech firm was looking at locations like London, Switzerland, Singapore, and Japan to resettle. He noted that, unlike the U.S., these locations have a far more friendly regulatory stance towards the crypto environment.

Larsen further argued that the U.S. was falling behind China in regards to the current race to design “the next generation of the global financial system.”

According to him, China’s central government has outpaced the United States in embracing crypto and providing legislative clarity. He also said China is outpacing the U.S. in allocating funds to build infrastructure and fostering innovation in blockchain and other emerging technologies.

Larsen noted, “China has recognized that those technologies are the keys to who is going to control the next generation financial system. SWIFT and correspondent banking are not going to be the system we are going to be living with over the next two decades.”

Additionally, Larsen warned that if the U.S. doesn’t change its stance towards digital currency, the U.S. dollar will lose its current relevance and dominance in the international market.

The Ripple executive chairman urged the federal government to create a solid cryptocurrency regulatory framework for crypto companies to rely on.

He further urged the U.S. SEC to recognize the importance of blockchain. Noting that it can be utilized in the country’s ongoing economic and technological battle with China.

Larsen also called the federal government’s attention to the possible dangers of China’s dominance in cryptocurrency mining. He said that “proof-of-work mining is controlled by China” and that the current stance of the SEC is pro-proof-of work. The result is that China continues to consolidate power in this field. 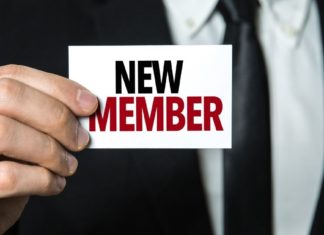