It has been a discussion for a long time now: should XRP have any value? According to a Twitter user named Flibbr, after seeing a large XRP transaction, XRP should have no value at all.

Yesterday, a large amount of XRP, 1 billion tokens in total, was transferred from one wallet to another. The transfer was recorded by Bithumb and the total fee of the transaction was only 0.000012 XRP. The positive: it is very cheap to move XRP. The negative: does this mean that XRP should not really have value?

Yesterday, on Twitter, a user named Flibbr revealed the transaction to his 20.000 followers, stating that according to him, XRP should not have any value. Flibbr is not the first person to make such a claim. Multiple different people argue that the massive amount of XRP that has been moved proves that the token doesn’t actually have any value.

As stated by CryptoPotato, after seeing the tweet from Flibbr, is that XRP “has no value and was always intended to have no value.”

The value of XRP has been debated for a while now. The primary reason most consider it valueless is that the banks have the option to transfer funds in fiat or other cryptocurrencies using Ripples’ XRapid shared ledger system. Therefore, this invalidated the utility of XRP, because it doesn’t even function as the primary currency for the system that was set up to use it in the first place.

Similarly, they argue that people have misconceived the notion that banks have to buy lots of XRP to transfer value in XRP. This is false and therefore adds to the argument that XRP functions as nothing more than a money-raising tool for Ripple and its founders.

What are your thoughts on XRP? Let us know what you think down below in the comments! 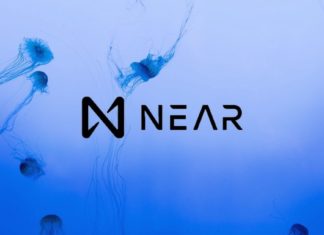 How To Stake NEAR ($NEAR)

Ruma - June 26, 2021 0
NEAR is a Layer 1, open-source, smart contract-based blockchain network that allows the developers to build highly scalable dApps at a low cost. The...

ESET Has Detected A Mining Malware