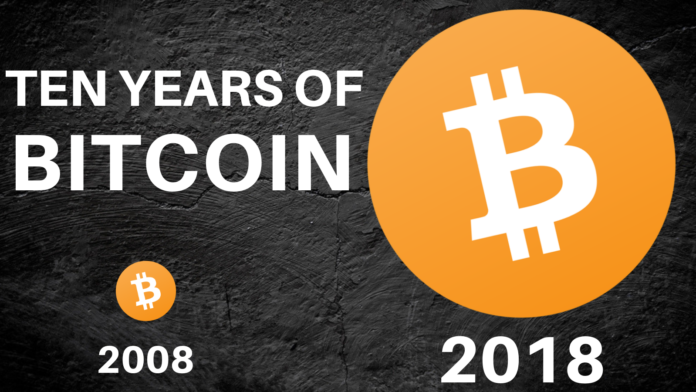 Written with assistance from Chris Perrotta

In the last ten years, we have seen the world’s first cryptocurrency go from being worth almost nothing, to peek at $20,000. This is the history of Bitcoin!

Bitcoin did not exist until 2008, however, its origins trace back to 1982 when computer scientist David Chaum proposed e-Cash, the idea of anonymous electronic money. Unfortunately, the project didn’t succeed and went bankrupt in the late 90s.

Again in 1998, Wei Dai released a paper describing his idea for ‘b-money’, and later the same year, Nick Szabo came out with a similar proposal called ‘Bit Gold’. Both ideas were very similar to the way bitcoin works.

In February, the first bitcoin exchange was established named BitcoinMarket.com.

The first real-world transaction with bitcoin took place in May when Laszlo Hanyecz bought two pizzas for 10.000 BTC.

Only a few months after BitcoinMarket.com was established, Jed McCaleb founded Mt. Gox and it quickly became the biggest bitcoin exchange.

Bitcoin kept increasing in value and in February 2011, bitcoin took parity with US Dollar.

Also in February, the Silk Road was launch, a dark web marketplace, and bitcoin was frequently used as a way of payment.

In June, Mt. Gox dealt with a big security breach resulting in tenths of thousands of accounts with bitcoin being compromised.

Later the same year, multiple altcoins were created and among those was litecoin, currently the 7th biggest cryptocurrency in terms of market capitalization.

Bitcoin slowly rose in value and more and more retailers started to accept bitcoin as payment.

Bitcoin passed $1000 for the first time.

In October, Silk Road was shut down by the FBI and they arrested the founder, Ross Ulbricht. Shortly afterward, Silk Road 2.0 was launched, however, the FBI managed to shut that down as well.

“We apologize for the extremely short notice, but as of now all bitcoin withdrawals will be paused, and withdrawals in the queue will be returned to your MtGox wallet and can be re-initiated once the issue is resolved. Customers can still use the trading platform as usual.” -Mt. Gox Team

On February 24, all trading was halted and a leaked internal document claimed that the company was insolvent, after losing about 744,000 Bitcoin from a hack that was undetected for years. On February 28, the company filed for bankruptcy in Japan.

On January 5, Bitstamp was hacked for about 19,000 Bitcoin (about $5 million at the time, much more now). The attackers were able to gain access due to phishing attacks on Bitstamp employees.

Nasdaq announces this technology is only in its infancy: “Utilizing the blockchain is a natural digital evolution for managing physical securities.” said Robert Greifeld, Nasdaq chief executive, in an interview with Wall Street Journal.

The Bitcoin block reward split in half from 25 Bitcoin to 12.5 Bitcoin. Many people view this as one of the major catalysts to the bull market in 2017.

Since the Argentinian government decided to block credit card companies from dealing with Uber, the rideshare company decided to turn to Bitcoin instead.

After a run up in price due mostly to CBOE & CME Futures Contracts from September to December 17, Bitcoin’s price hit it’s all time high of $20,000 per coin. In typical crypto fashion, once trading started on December 18, the price crash started.

Intercontinental Exchange (ICE), a Parent Company of the New York Stock Exchange, creates Bakkt to trade physically backed futures contracts. Their goal is to “make Bitcoin a sound and secure offering.” If the CFTC approves their product, it sounds like they will, trading will begin on December 10.

Despite the price of Bitcoin dropping around 70%, the hash rate has doubled since May. Meaning that even during this correction, miners are comfortable spending thousands in electricity to receive a small profit and that the strength of the network is still very strong.

As of September, over 4,000 different merchants worldwide are now using the Lightning Network. The Lightning Network allows for near instant transactions and almost 0 transaction fees. As recently as March, the networks capacity was three Bitcoin, it is now over 100 Bitcoin. Only time will tell if this technology allows for mass adoption but the promise and technology seems to be there.

The Van Eck and SolidX ETF proposal is not coming until December but if it were to be approved, it would be extremely bullish as this ETF is directed at institutional investors, one share is equal to about $200,000.

Bitcoin was started long before Satoshi Nakamoto (a pseudonym for the person/people who designed the Bitcoin protocol) mined the first Bitcoin (Genesis Block) on January 3, 2009, as it is based on previous technology. It learned from the failures of other cryptocurrencies that came before it and was inspired by the 2008 recession. Bitcoin’s life has been a rocky one but always seems to be growing stronger and stronger. The first real test came in 2011 when Mt. Gox was hacked and nearly killed the system. Andreas Antonopoulos reveals in a video that when the exchange collapsed he thought Bitcoin was going to collapse. “It was the first time that I felt that this could be the end of Bitcoin, I thought we will have to start over.”

Clearly, Bitcoin has been stronger than most people thought as it pushed through those trying times and made it to the second halving in 2016. From 2016 until December 2017, Bitcoin had a historic run up to $20,000 before succumbing to sell pressure and driving the price down to around $6,000.

Going forward, if Lightning Network can fix the scalability issues, Bitcoin will finally have solved a major crutch in becoming the currency of the internet. Many investors look to a Bitcoin ETF as the next catalyst but the technology is designed as a peer-to-peer currency, not as an asset for derivatives markets. Having said that, institutional paper assets might be inevitable, where there is money to be made, institutions will be part of it but that doesn’t mean we need a institutional asset(s) (ETF, Futures Markets, etc…) to validate Bitcoin. Bitcoin has a bright future ahead and we all look forward to seeing what the future holds for it. 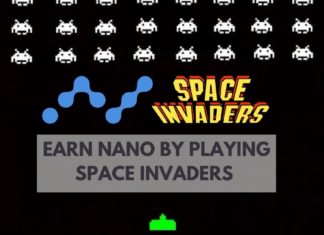 Ezekiel Ng - September 15, 2020 0
Gamers can stand a chance to win Nano by playing Space Invaders at a bar in Leeds. James Coxon, the editor of The Nano...