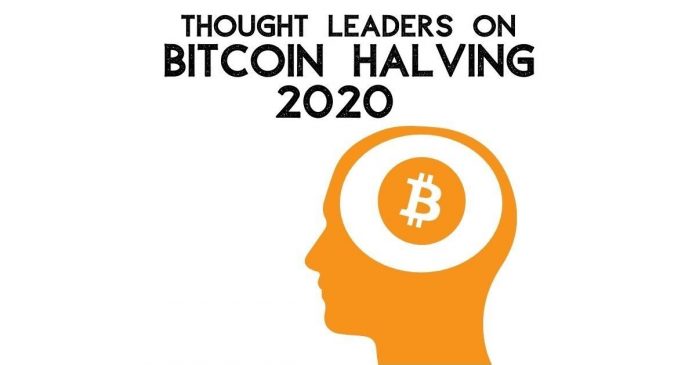 Bitcoin hodlers, speculator buyers, and even the altcoiners are sitting on the edge of their chairs. That’s because Bitcoin’s biggest event, the third halving is anticipated early next week. With extremely bullish pre-halving price movement, the excitement in the market is soaring high. At the time of press, the BTC price was up by almost 33.3% in the last 14 days and was trading close to $9,860.

Just like past halving events, the 3rd halving will introduce a constraint on Bitcoin (BTC) supply and will drive it up. Crypto enthusiasts will remember that past halving events had led to major positive shifts in Bitcoin prices. But times are different now. In a world ravaged by the COVID-19 pandemic crisis, the traditional economy is heavily down trending. Altcoin Buzz reached out to who’s who of the crypto industry to understand how Bitcoin price might behave post halving, especially in the face of what seems to be an economic downturn.

To establish a new era of social media, Uptrennd provides a decentralized platform for creators to develop content. With over 100K users on its platform, Uptrennd exhibited over 8,000% growth in October 2019. Recently when BTC was trading near $7,000, we got an opportunity to interview Jeff on the Altcoin Buzz Spotlight segment on YouTube. Jeff went on record and prophesized that by April 2021, Bitcoin would hit its maximum post-halving price.

Now that Bitcoin has rallied to almost $10K, we went back to Jeff to get his fresh perspective.

He told us, “Since Coronavirus, Bitcoin has acted as a fairly correlated asset towards the macro markets. The halving may have weight on the supply/demand economics of Bitcoin, but I feel the state of the world will have a much deeper impact on how much cash flow is available to invest in speculative assets. In short, because of the current condition, I think the economy will, unfortunately, have a larger impact on the price of crypto than the halving will.”

Matic Network is a blockchain scalability platform. And it is being developed to provide secure, scalable, and instant transactions using PoS side chains. Moreover, it is an adapted version of Plasma striving to achieve a high degree of decentralization. With near-instant transfers and low fees, Matic has come a long way.

Altcoin Buzz reached out to Sandeep, and his enthusiasm around Bitcoin price during these economic crises sounded pretty infectious.

Sandeep says, “Obviously halving event results in supply squeeze of Bitcoin and hence Bitcoin prices have historically got an uptick before halving. But looking at the macros and fragile markets, it’s very hard to pick a trend for short time prices. Surely it’s great for the industry for the longer term. The best thing that has happened is that Bitcoin has been able to protect its value in these unprecedented times which will give confidence to a large number of institutional investors along with the infinite Dollar printing from Fed which all points to massive value accrual in the dollar value of bitcoin over the medium and long term.”

CoinGecko, the leading crypto data analytics platform had a busy Q1. Earlier this year they simplified DeFi for the crypto sphere with their publication, “How to DeFi?” In the second half of Q1, they launched CoinGecko Earn. It makes comparing lending rates of both centralized and decentralized platforms easy.

As per the latest Coingecko tweet, the Bitcoin network difficulty is surging toward ATH pre-halving. But Bobby Ong believes this will not dampen the current price pump.

Bobby told Altcoin Buzz,” I anticipate Bitcoin price to rally this coming week as we edge closer towards the Bitcoin halving. However, traders will probably be selling right before the actual halving. This is playing on the “buy the rumor, sell the fact” trading strategy. That being said, a critical factor this week to watch out for will be the S&P500 market performance. If the S&P500 performs poorly, Bitcoin will most likely trade lower as well regardless of the halving event. Bitcoin has been highly correlated with the S&P500 this year.”

The decentralized and open-source currency utilizing Sigma protocol promises to provide higher financial privacy than Bitcoin. As the project is heading towards halving in September, the COO believes halving to be no big event. According to him, it’s the excitement around it that acts as a price catalyst.

Talking to us, Reuben said,” The halving in itself isn’t really a major event logically given that we have known this event since the inception of Bitcoin. Even the effect on selling pressure is not going to be immediate and not as pronounced since in absolute terms it’s only a 900 BTC a day reduction. When compared to global trading volume that’s not a lot. What the halving does do is create a reason for people to be excited and who knows with enough people believing in it, it might be a self-fulfilling prophecy”.

By uncovering the socio-economic reasons for Bitcoin’s existence, Michael, the blockchain expert and crypto analyst believe Bitcoin to be the only currency offering true asset protection. Especially that goes beyond the control of any government or institution.

This time he was confident that the Bitcoin Halving would turn out to be more interesting. That’s because, typically when Bitcoin rallies, the price of altcoins drops. However, this time even the altcoins are following the Bitcoin uptrend.

When Altcoin Buzz reached out to Michael Gu, his reply was short and on point. Michael said, “I still think half the production over time is a lot. Overall it increases the stock and flow ratio.” As that happens, Bitcoin will become more valuable.

TaelPay, the blockchain ecosystem has raged a war against global counterfeiting. Currently, Tael consists of over 50,000 users spread across 500 cities. Also, it protects hundreds of products with NFC chips and blockchain. From his unique perspective, Alexander tied halving to Bitcoin adoption.

While speaking exclusively to us, Alex shared, “Halving gives Bitcoin another adoption push. With each halving, the miners need to rely more and more on transaction fees and adoption becomes increasingly important for the security of the network. Price-wise halving gives McAfee higher chances of keeping the whole body intact.”

All in all, the views of the most inspiring thought leaders tend to converge at a point that this halving, the third since its launch, is going to be bigger than before.

Previously, we talked about the good, the bad, and the ugly prospects leading up to the halving event. Also, find out what Morgan Creek Capital Management founder, CEO, and CIO, Mark Yusko’s take on Bitcoin halving and his prediction on its price trend. 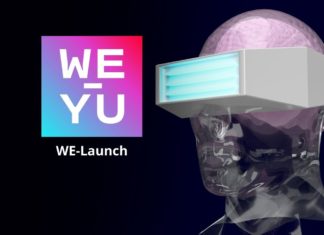 Victor - October 20, 2021 0
The NFT and Metaverse sectors are growing by leaps and bounds. According to CoinGecko, both niches currently have a total marketcap of USD 36...

How To Use The Auro Wallet