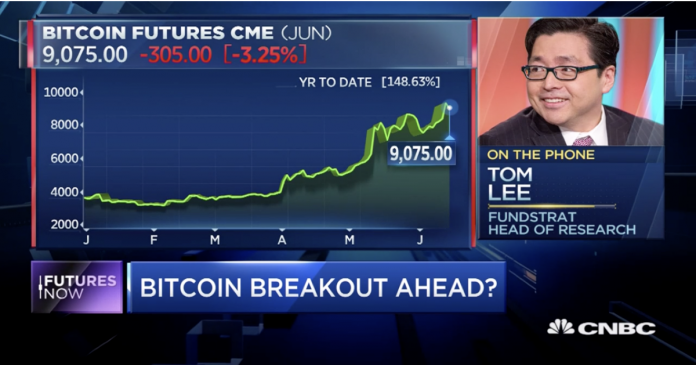 According to Tom Lee, Head of Research at Fundstrat Global Advisors, the price of Bitcoin can rocket from $9,000 to $20,000 and later even $40,000. Lee made his claims during an interview with CNBC.

Bitcoin bull Tom Lee has made new claims in regards to the price of Bitcoin. In an interview with Seema Mody from CNBC’s Futures Now, Tom Lee said that according to him, Bitcoin could shoot to $20,000.

After recently crossing $9,000, Bitcoin is now already up 146% this year. Tom Lee believes, however, that this is just the beginning:

“I think bitcoin is easily going to take out its all-time highs” of $20,000, and has the potential to run to $40,000 if its use cases grow. We’re deep into a bull market, and people are pretty silent about it.”

About Facebook’s stablecoin news, Lee believes that Bitcoin is going to have a bright future because big companies are getting into the space. Bitcoin could even become a “reserve currency in crypto” down the line, Lee said Tuesday.

“The Facebook announcement is a complete validation that mainstream is now focused on cryptocurrencies. I think it really destroys those arguments that say, ‘I believe in blockchain, not bitcoin.’”

“I think it is more targeted at stablecoin and creating a new kind of banking system, and it’s very complementary to bitcoin. So I think this is actually a really bullish development for bitcoin. I think it’s really bad for stablecoins and anyone who’s been trying to do decentralized finance.”

This week, Bloomberg also published an article in which they highlight that Tom Lee expects Bitcoin to go as high as $40,000 in the upcoming six months. The co-founder and chief analyst of Fundstrat shared his forecast in a note to clients on Monday. 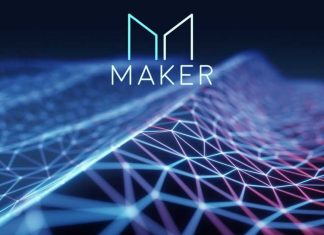 Racheal - March 19, 2020 0
The current bearish trend has resulted in a lot of uncertainties in the crypto space. Major cryptos are down by almost 50% and the...