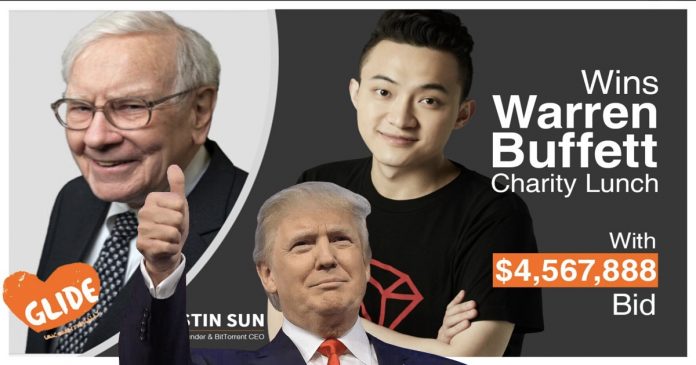 Justin Sun, Founder of cryptocurrency TRON, has invited US president Donald Trump to his lunch with American investor Warren Buffett. The invitation comes after Trump tweeted negatively about Bitcoin.

TRON founder Justin Sun announced in June of this year that he won the bid to have lunch with Wall Street legend Warren Buffett. Sun paid $4,567,888 to win the bid. With the lunch, Sun hopes to get the chance to change Buffett’s mind about cryptocurrencies.

Now, Justin Sun has also invited the president of the United States, Donald Trump, to the lunch. The invitation comes after the US President tweeted this week:

“I am not a fan of Bitcoin and other cryptocurrencies which are not money, and whose value is highly volatile and based on thin air. Unregulated crypto assets can facilitate unlawful behavior, including drug trade and other illegal activities.”

Replying to the tweet, Sun invited Trump to have lunch with Warren Buffett and other leaders from the cryptocurrency space. Sun responded:

“Mr. President, you are misled by fake news. Bitcoin & blockchain happens to be the best chance for the US! I’d love to invite you to have lunch with crypto leaders along with Warren Buffett on July 25. I guarantee you after this lunch; nobody will know crypto more than you.”

Although it is highly unlikely that Donald Trump will join the lunch with Warren Buffett, it is a nice move from Justin Sun to see if there is a possibility to change Trump’s mind about Bitcoin and cryptocurrencies in general.

The lunch with with Warren Buffett will take place on the 25th of July in Silicon Valley, San Francisco. It is the first time since the annual “power lunch” tradition started in 2000 that the meal will take place in San Francisco. Smith & Wollensky steakhouse in New York City has hosted the Buffett luncheons since 2004.

“It might be unrealistic to convince Warren Buffett, in just three hours, to buy cryptocurrencies. But we want to show him the recent progress of cryptocurrency and blockchain technology. It’s not only about Tron itself, it’s about crypto and blockchain, the whole industry.” 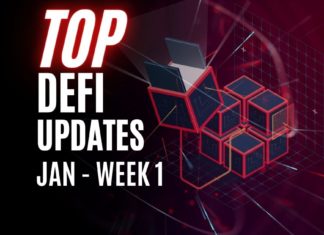 Racheal - January 10, 2022 0
The DeFi space has continued to grow exponentially and is showing no signs of stopping soon. This fast-rising sphere has also experienced a myriad...