The Sun is Britain’s most-read newspaper with an audience of 30M people and counting. Bitcoin’s dwindling supply and the fact that 85% of the supply has been mined have been mentioned by Harry Pettit, a reporter at the giant media outlet.

What will happen once all the Bitcoin are mined?

At this point there is really no way to know, all we can do is make an educated guess.

The price of Bitcoin will most certainly rise by a lot since there will no longer be a block reward; miners will have to rely on fees only.

The last Bitcoin to be mined would be around 2140 when most of us, if not all, won’t even be alive by then…

Bitcoin’s price could be huge by then as the price can continue to increase with each halving event every four years.

“Previous analyses have suggested that the coin’s value could jump as it becomes more scarce over time. Trusted crypto-analyst PlanB recently calculated that the coin could ten times its current worth to around £82,000 per Bitcoin by March 2020.”

This news has been seen by millions of people, and we may see a nice rally pretty soon.

I think every person should hold at least 0.1 of a Bitcoin for the long term.

Please, NOTE: Everything said in this article should not be taken as financial advice. 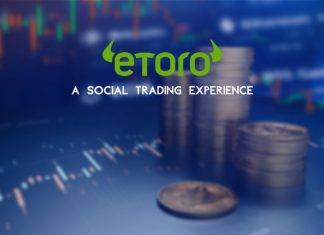 Arnab - March 25, 2020 0
As one of the leading social trading platforms, eToro attempts to bring a fresh approach to trading. The site has millions of customers all...