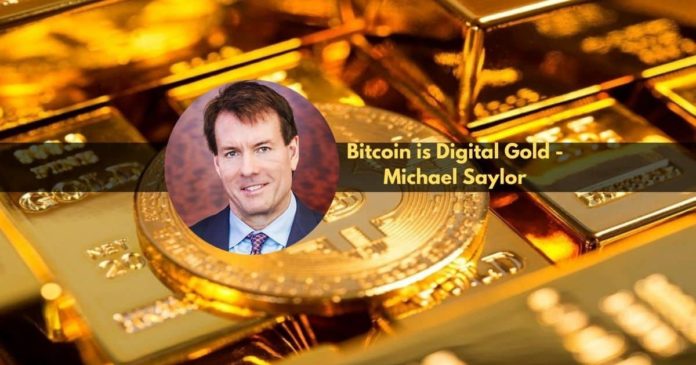 MicroStrategy CEO and founder Michael Saylor has made a startling move.

The entrepreneur recently moved $425 million of MicroStrategy assets to Bitcoin (BTC). The American entrepreneur threw more light on the basis of his decision in a YouTube interview with Stansberry Research.

Saylor, during the course of the interview, pointed out why he can confidently refer to Bitcoin as digital gold. He also discussed important issues like inflation, limitations involving physical gold, and the advantages embedded in Bitcoin.

The dollar and its diminishing value

Saylor pointed out that gold was his next reliable store of value option. However, following careful consideration, he believes Bitcoin tops the chart as the best store of value.

According to Saylor, gold miners are expected to produce at least 2% more gold every year. This amount could also increase at any given time. He furthermore added that as “prices go up, human ingenuity” will facilitate the production of more of the asset.

Bitcoin, on the other hand, has a fixed cap of 21 million. No matter the subsequent increase in price, no more than 21 million of the crypto can be mined. This, essentially, means that Bitcoin is sure to increase in value over time as compared to gold.

Bitcoin is also faster, stronger, and smarter and is sure to get even better over time. Saylor also added that the crypto is the most liquid security ever created.

Interestingly, MicroStrategy is the first Nasdaq-listed company to invest its assets in Bitcoin.

Are Bitcoin and gold really comparable?

How similar is Bitcoin and gold, and what features make Bitcoin a reliable and secure store of value?

Bitcoin was created in 2008 by Satoshi Nakamoto (a pseudonym for an individual or group). Bitcoin has a goal of ensuring financial security and also putting an end to centralization and the need for third-party individuals during transactions.

Although BTC was worth very little when it was first launched, the crypto has grown exponentially over time. It reached an all-time high of almost $20,000 in 2017.

Bitcoin, furthermore, meets the entire requirements of being a store of value. It is a medium of exchange. The crypto is also divisible, i.e., it can be divided into smaller parts with the least being one Satoshi. Bitcoin is also a store of value, although this feature has been fiercely refuted by critics. 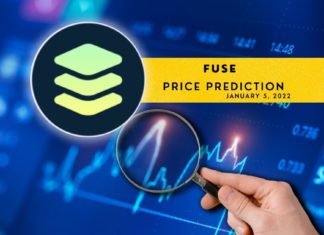 Pratik - January 5, 2022 0
The goal of the FUSE network is to lower barriers for entrepreneurs that are looking to run and operate digital businesses and allows the...