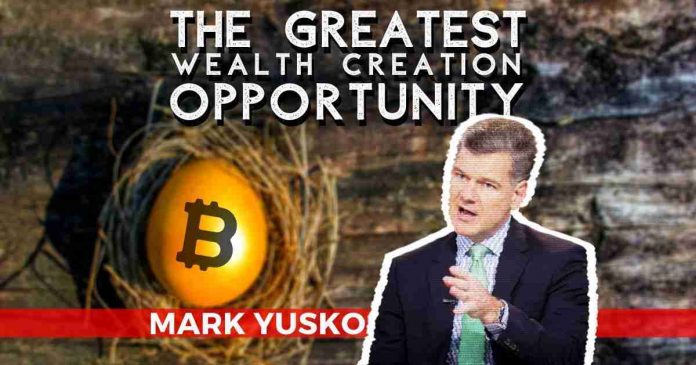 Mark Yusko, founder, CEO, and CIO of Morgan Creek Capital Management, strongly believes Bitcoin is an insurance against the collapse of the financial system. According to a statement he made in late 2017, Bitcoin’s next parabolic move will hurl it across $400K. And that is one of the most bullish predictions we have heard of. As Bitcoin halving is just 5 days away, we felt it was an appropriate time to go back to this investment guru and feel his pulse about the biggest Bitcoin event of 2020.

And we were thrilled to find him in the same spirit once again. Under the influence of COVID-19, Yusko believes the traditional market will receive the biggest economic shock wave since the 1930s, he remains highly optimistic about Bitcoin.

In an exclusive Altcoin Buzz YouTube Spotlight segment, Yusko talks about his crypto mistakes and Bitcoin’s Safe Haven status. Importantly, he shares deeper insights about the 2020 halving effect, the TrustNet, and the path ahead for Bitcoin.

Why did a traditional market guy get into crypto?

After establishing Morgan Creek Capital Management 15 years ago, Yusko was busy managing massive portfolios. However, he always believed in investing in technology and innovation like the Mobile-Net in 2010. Almost 7 years ago, he was invited for a dinner in SFO by his buddy Dan Morehead, CEO Pantera Capital. At that time Dan was transitioning from a hedge fund to Bitcoin (BTC) and blockchain.

As Dan was repaying close to $1 billion to his existing customers and shutting down his hedge fund management, Yusko sensed that Bitcoin’s future was bright.

Is this the biggest wealth creation opportunity?

When 1 BTC was worth $500, Yusko suggested his customers invest some percentage of their portfolio in Bitcoin. That’s because he believed in the success of Web 3.0. According to Yusko, Web 1.0 catapulted the growth of Intel and Microsoft. Whereas Web 2.0 was even bigger as behemoths like Facebook were born because they were built on Web 1.0.

According to Yusko, one must buy a little BTC every day.  And everybody must have 1-5% Bitcoin in their portfolio as it is protection against collapsing traditional economies. Yusko suggests that millennials must buy more. That’s because they have a big fixed-income portfolio.

Bitcoin – the Safe Haven or not?

Referring to what happened on Black Thursday, Yusko believes Bitcoin acted just like any other Safe Haven asset. As the bubble of the traditional market was pin-pricked, people started selling in a last in first out (LIFO) fashion. And because Bitcoin was the last asset they had invested in, they started selling it. This is what wiped out a massive part of the Bitcoin market cap in March.

But as the market recovery has been pretty quick, this is proof that Bitcoin has become fundamentally strong.

As per Yusko halving is leading to a blind demand for BTC. And that is why we are witnessing this pump. He explains that there are two types of Bitcoin owners at any given point in time:

Yusko suggests that no market works on fair value price but revolves around it. It is just like a pendulum, on one side the price goes up and on the other, the price drops, somewhere in the middle is the fair price.

While the fair value for the traditional assets is determined by economic profits, corporate profits, and interest rates, the BTC fair value works differently. For Bitcoin, the fair value is driven by adoption, regulation, and usage of the cryptocurrency because it is a network.

Right now the fair value of Bitcoin is somewhere in thousands.

According to Yusko, in 2017, Bitcoin magically followed the Stock-2-Flow model and crossed 10K. Following the same model, Bitcoin will exceed $100K somewhere in the mid-end of 2021. And this would establish a new fair value for BTC.

Nothing will happen after halving

Yusko suggests that nothing is going to happen post 12th May 2020 when the Bitcoin rewards halve. If there is anything that is going to change, it is the miners’ rewards.

This will trigger price movement and could also lead to some miners shutting down their operations. A little bit of both might happen. Thus Yusko anticipates a post halving drop from where we will see a steady BTC price growth for the next 12 to 18 months.

There is sound enough reason for Yusko to come to the prediction of $400K for Bitcoin. According to him, Gold is the traditional Safe Haven asset with an $8.4 trillion market cap. But BTC is far more divisible and portable than Gold. Thus as per the parabolic charts, Bitcoin will reach gold equivalence in the next 7-8 years.

By this time miners must have mined all the 21 million Bitcoins, but we will also have lost some forever as we always do. Thus effectively, the circulating supply of BTC will be a little over 20 million with a market cap of $8.4 trillion. And simple mathematics indicates that each Bitcoin at this stage will be worth $400K.

Revolution of the trust age with Bitcoin

Yusko also made an interesting correlation of events as he pointed out that every 14 years, a technology revolution takes place. It started with Mainframes in 1954, moved to Microchip revolution in 1968, then to personal computers in 1982. And then came the age of the internet in 1996. Post that, 2010 was the year of MobileNet and by 2024 we will see the TrustNet. This is when everything will be connected through blockchain and Bitcoin will be the core protocol.

Yusko believes that Satoshi had two choices while building the Bitcoin protocol. He could either make the protocol fast like Visa or secure like what Bitcoin is today. Undoubtedly, Satoshi chooses the later. Thus Bitcoin network has not been hacked even once in the last 11 years. And this proves the resilience of the network. According to him, only the ones who do the work and dig into space will believe in Bitcoin find a value worthy proposition in the crypto-verse.

Last week, we had a chat with Mati Greenspan, founder of Quantum Economics and a former senior market analyst at eToro, as he shared his views on the upcoming Bitcoin halving. 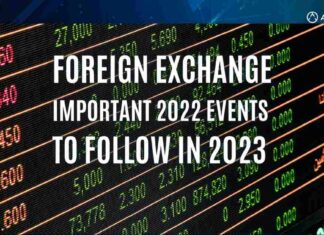 Ani - January 4, 2023 0
Currency prices and market fluctuations in the foreign exchange market are always vulnerable to volatility. It comes from the effects of unanticipated causes and...

How to Stake Solana on Ledger