To the dislike of the crypto community and without any prior notice, YouTube didn’t only remove video of YouTube ciphers. The platform also reportedly removed the content of some well-known crypto influencers in the video-sharing network.

In the past, YouTube held a reputation for making restrictions for content uploaded to individual channels. Also, these rules become stronger with time. For instance, content that breaks advertiser-friendly guidelines isn’t allowed. Also, the demonetization element for saying swear words in videos on the platform. However, the decision to remove videos containing crypto-related content appears as a surprise.

For example, Chris Dunn’s YouTube channel with about 210,000 subscribers, who don’t upload purely crypto content also got hit. He said he noticed that on Monday YouTube removed all of his videos that mentioned cryptocurrencies. Quoting his tweet: “@YouTube just removed most of my crypto videos citing ‘harmful or dangerous content’. As well as, ‘sale of regulated goods’. It’s been 10 years of making videos, 200k+ subs, and 7M+ views. WTF are you guys doing @TeamYouTube?!”.

Besides, Node Investor, a channel on the social media platform with about 54,000 subscribers spoke concerning the situation. The market updates and technical analysis channel for cryptos tweets said: “Merry Christmas to you also @YouTube. Apparently, a video I posted two years ago on researching crypto’s now illegal. Rules are changing.”

The possibility of decentralized social media

In the midst of all this, Dunn raised again the need for a decentralized social media. This supports Jack Dorsey’s plans of moving Twitter to a blockchain platform.

In his tweet, Dunn said: “Thanks for the support and comments guys. The crypto community remains awesome. I should’ve put my videos on decentralized platforms a long time ago, but lesson learned. This gives a clear example of why we need to decentralize the web.” 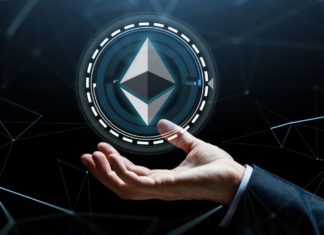 Ethereum Merge – The Next Big Thing in Crypto History