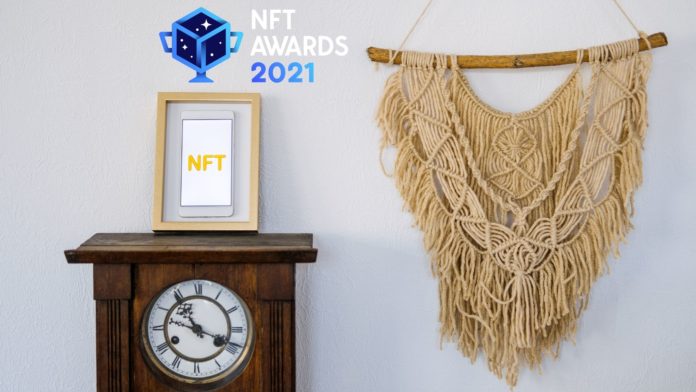 According to the official annoucement, Enjin (ENJ) has announced details of the second edition of its annual NFT award ceremony.

The Enjin NFT Awards ceremony will be hosted by Decentraland. It will include a top-notch judging panel with top players in the blockchain space. Also, Enjin (ENJ) has opened up nominations for every project in the NFT space.

First, it is essential to note that Nominees will only be determined by submission and voting by community members. Community members will also have the opportunity to vote on projects in selected categories. Also, the top ten projects with the highest public votes will move to the next phase. Nominations will start from October 28 to November 26, 2021

We're thrilled to partner with @BGameAlliance, @CoinMarketCap, @cryptocom, @DappRadar, @decentraland, @ProductHunt, @rarible, @VentureBeat to honor the creators and innovators of the #Metaverse.

The program’s goal is to recognize essential participants in the NFT Metaverse space. NFT projects are genuinely involved in boosting innovation in the Non-Fungible Token (NFT) space. Award winners will be decorated during the award ceremony slated to take place on January 12, 2022. As previously disclosed, the ceremony will take place in Decentraland.

On the other hand, Enjin CTO, Witek Radomski, said about the ceremony: “We established the annual NFT Awards to commend innovation in our industry, and we look forward to recognizing the incredible progress made within the Metaverse. Following a standout year for the NFT space, this community-driven event will feature and celebrate the world’s most influential NFT projects, and we invite all creators and collectors to submit your favorite projects for consideration today.”

Also, Micah Johnson, the winner of the 2020 NFT ceremony, said: “The same year I won NFT of the Year, I was carrying my paintings in the rain to a local bar and carrying them home when none of them sold. NFTs have empowered me to spread my message thanks to the support of collectors who believed in me, and the NFT Awards program is providing a venue to recognize and elevate the work of fellow creators in the NFT community.”

On the other hand, there are ten award categories:

The judging panel consists of several top players in the blockchain, NFT, and cryptocurrency space.

Some of the judges are:

We're honored to have a panel of leading creators, tech experts, and NFT enthusiasts as Judges! 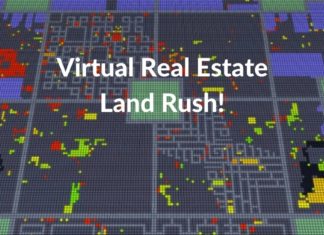 Sales of Metaverse Real Estate Are Expected to Double in 2022

Martin Bilušić - February 4, 2022 0
Investors are actively buying land in a range of metaverses, spending a total of $501 million in 2021 to purchase virtual pieces of land....