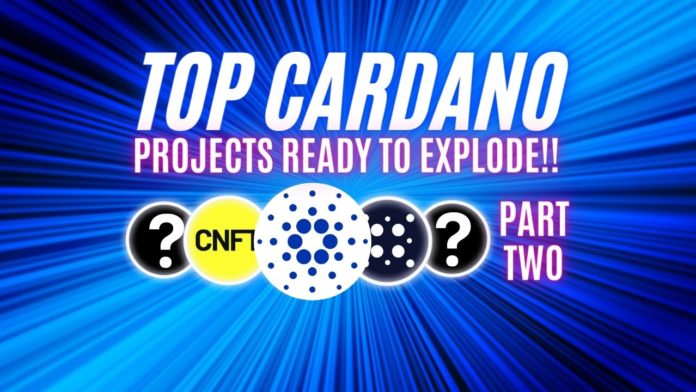 A new era for Cardano projects has started on September 12th since Alonzo’s fork was launched. And since that day, Cardano blockchain has not stopped being one of the most desired platforms by many developers. Note: Here is the first part of this article if you haven’t read it yet.

With the successful Alonzo Hard Fork Event, anyone can deploy smart contracts inside Cardano projects. Almost 100 smart contracts were created in the first 24 hours. Certainly, this phenomenon is making many initiatives to land in Cardano ecosystem.

That’s why, in this article, we want you to take advantage of the best 5 Cardano projects since today.

ADAX is a decentralized and non-custodial automated liquidity mechanism that allows transactions inside the Cardano ecosystem. It is considered to have the potential to become the Uniswap version of Cardano.

ADAX does not have an order book; we remove all intermediaries, complexity, and time-consuming procedures from the equation, giving users complete freedom to trade without censorship or losing ownership over their assets.

Therefore, users have complete ownership over their tokens and are not forced to give up their private keys for their orders to be registered on a centralized exchange. You can read the whitepaper here.

The intern token is $ADAX, and its current price is USD 1.36, which has increased 8.8% in the last 24 hours. On the other hand, $ADAX price journey started at around $0.13 in June 2021, and even after a recent correction, the token has recorded a 700% price jump in the last couple of months. 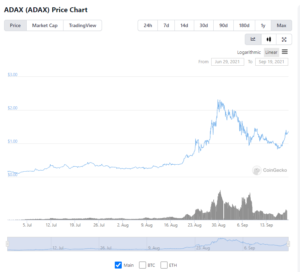 ADAX claims to be upping the DeFi game by offering a suite of Cardano-specific DeFi solutions. It also provides a trading environment for token swaps, NFT trading, and other activities.

The DEX interface is professional and user-friendly, as evidenced by the product demo. Also, ADAX allows traders to adjust investments based on early signs of social sentiment.

On the other hand, the most exciting feature of this platform is the Cardano ERC20 convertor. Using the ERC20 bridge being developed by IOHK, ADAX will establish interoperability with Ethereum and ERC20 tokens.

Finally, if you want to grab some ADAX tokens, you can buy them on EX Markets, one of the few exchanges that support Cardano native tokens right now.

THEOS is an instant liquidity protocol for non-fungible tokens. We are a decentralized creator-based financial ecosystem. The project promises to be a DeFi paradise for NFTs and has recently completed a very successful, well-attended IDO on OccamRazer.

This platform aims to make NFT minting easy. When I say easy, I mean a simple drag and drop tool to mint an NFT. But that’s not it. There is a lot more to THEOS.

Certainly, THEOS is different from the rest because you can create liquidity pools for NFTs. You may use this NFT to build a liquidity pool, and if the pool fills up, you can take liquidity from it without degrading the value of your NFT.

If you could not participate in the IDO can access $THEOS tokens, the project claims that the APY is over 270%, and the rewards will be distributed in $THEOS. Here is the FAQ if you want to know more about this project.

Cardax is a decentralized exchange where users may exchange their ADA for any Cardano Native Token. Anyone in Cardax may become a liquidity provider and begin earning $CDX tokens.

Certainly, Cardax appears to be on track for a bright future as the only DEX to receive funding from Project Catalyst. So, Cardax could play an essential role in helping projects building on Cardano overcome trading challenges.

Therefore, the most important aspect of its EAMM protocol is its liquidity-sensitive automated pricing mechanism, which will minimize the slippage on highly illiquid tokens.

It’s important to mention that CARDAX is the first DEX ever to win Project Catalyst who got a lot of good feedback from the community. Also, this project raised a seed round for USD 1.5 million during a first community token sale.

On the other hand, CARDAX will be launched before the end of this year, which converts it into a project with huge potential to boost its $CDX token price since day one.

CNFT is a marketplace for Cardano Non-Fungible Tokens launched in July 2021. This platform could be the OpenSea version of the Cardano ecosystem.

Did you know that this marketplace allowed users to buy and trade NFTs even before the Alonzo update? So, in essence, the trades are taking place in the absence of any smart contracts.

This project has its native token called $CNFT, being able to buy it here to start participating in it.

Indigo Finance is a Cardano-based algorithmic, autonomous synthetics protocol allowing on-chain pricing exposure to real-world assets. For example, you can mint and trade iTSLA, a synthetic asset on the Cardano blockchain backed by genuine TSLA stock. Also, users can trade iTSLA tokens against any asset. 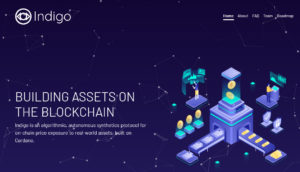 On the other hand, the protocol has its native token called $INDY as a governance token and will also reward stakers users with $INDY, which will have a fair launch. There are two ways of getting $INDY:

– By staking iAssets or $INDY.

Indigo Finance is anticipated to heat up soon since the testnet is set to start in September.

There will be no IDO of Indigo, $INDY Fair Token Launch starts at Indigo v1 launch on #Plutus mainnet when it's #DeFi ready! That said, we'll be releasing testnet in September ahead of our security audit also in September!

You can check more information about this project in their FAQ section. 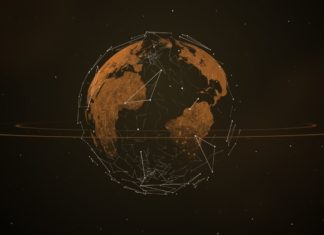 Racheal - March 24, 2022 0
Decentralized Autonomous Organizations, also known as DAOs. A DAO is also a reliable way for crypto enthusiasts and other interested persons to earn some...

Why Bitcoin is Digital Gold?