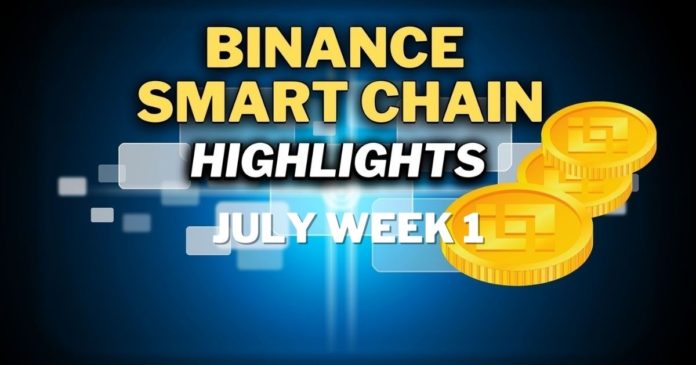 Over the past week, there has been significant development concerning Binance Smart Chain (BSC). To keep users informed of the latest developments relating to BSC, Altcoin Buzz has compiled the latest updates.

PARSIQ, a next-generation blockchain analytics platform, announced the release of its IQ protocol on the BSC platform.

Users will be able to loan PRQ to the IQ Protocol, making it possible for them to earn yields.

Notably, the borrowing will start from PARSIQ’s section simply to maintain a fair price for borrowers. Within the next two weeks, PARSIQ plans to “start funneling client funds and test user funds into the pool.” Then, the platform will be “switching to a live borrow scenario, where you can borrow from the pool to be eligible to consume PARSIQ services.”

“The IQ Protocol is a completely new piece of technology for the DeFi world, and although built by PARSIQ + partners from the ground up, tested and audited by Hacken, we still need to implement features and polish things based on user experience and feedback,” the announcement stated.

Over the week, Binance Smart Chain (BSC) also revealed that it attained another milestone.

Based on reports from BscScan, the Binance Smart Chain explorer, 12 million BNB tokens have been staked on the BSC ecosystem.

According to @bscscan, we reached 12 million staked $BNB on #BinanceSmartChain 🚀

You guys are unstoppable! Thank you! 🧡 pic.twitter.com/gGfNc1pKTP

Equilibrium, an interesting DeFi project, has announced the launch of a BSC bridge, which makes BSC compatible with Polkadot and Kusama Network. There are also plans for the bridge to be integrated into the Equilibrium and Genshiro parachains.

Cross chain and multi-chains are the 2.0s of #blockchain, and interoperability is the future!

The bridge allows a bi-directional transfer of assets between Substrate-based networks (like Kusama and Polkadot) and BSC.

“As such, Equilibrium, the future Polkadot parachain, will be linked with BSC and support BEP-20 native assets in its liquidity pools right after the launch. This will facilitate asset transfers and overall interaction between DeFi ecosystems of both blockchain networks,” the announcement added.

GetBlock, a platform that gives developers connection to several blockchain nodes, has revealed that Binance Smart Chain archive nodes have been added to the GetBlock ecosystem.

New functionality and tooling coming to #BSC every day. @getblockio now allows you to access Archive Node via API 👏👏 https://t.co/IPWgyrQkrx

Pointing out a notable advantage, the announcement also stated that the Binance Smart Chain “archive node stores the full history of in-blockchain interactions and allows to track data in a predetermined period of time.”

Binance Smart Chain (BSC) has announced the launch of the BSC Learn & Earn campaign with the prize of about $25,000 and other NFTs.

Read our blog to learn how to participate and earn a share of $25,000 and unique NFTs!

“We’ve teamed up with some of your favorite DeFi, NFT, and infrastructure projects building on BSC to introduce the BSC Learn & Earn series…,” the announcement added.

BSC will be collaborating with Hot Cross, X World Games, CryptoTycoon, and Biswap in the first round of the program.

Besides, the campaign will involve: 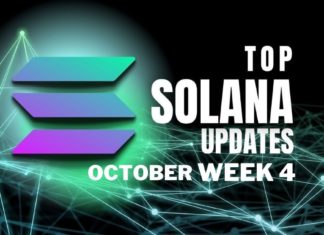 Daniel Abel - October 24, 2021 0
It was a wonderful week for the Solana network as the project native token surged remarkably this week. $SOL price rallied by a whopping...