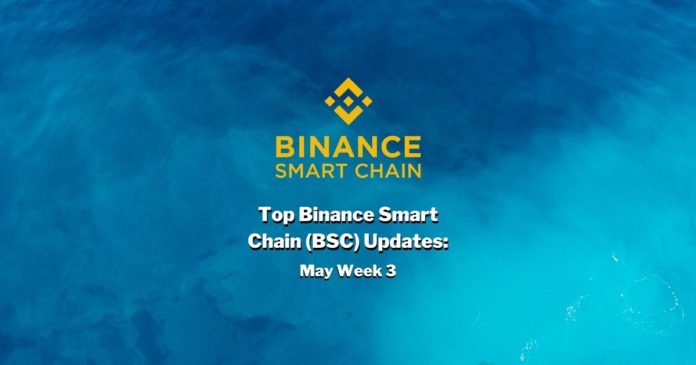 To keep users informed of the latest integrations and development from Binance Smart Chain (BSC), Altcoin Buzz has compiled the most latest updates.

NFTb is an NFT marketplace that was created for speed and affordability on BSC. The NFT marketplace successfully raised funding led by Binance Accelerator Fund. Along with participation from Spark Digital Capital, Next Ventures, Metaconstant Ventures, and Rarestone Capital.

The funding makes it possible for NFTb to create a fast and scalable NFT platform. This will help artists “maximize the value generated from their work while keeping costs and environmental impact low.”

“We believe that the BSC ecosystem is at the beginning of a lot of NFT interest both for creators and collectors. We’re also looking to build NFTb into a premium marketplace for well-known artists,” commented Sia Mohajer, Growth at NFTb.

The decentralized NFT marketplace was launched last year, it notably combines the speed of BSC with a premium user experience. Thus, helping creators to make and trade digital collectibles. Due to congestion on Ethereum, the BSC-focused marketplace is expected to facilitate a broader adoption of NFTs by the public.

Following the release of Binance Bridge V3 last month, it was announced that more improvements will be carried out subsequently.

The changes are that there will be more restrictions when creating orders using Binance Bridge API from the 24th at 14:00PM (SGT). This applies to when:

Also, the refund process some orders between BSC and Ethereum will take approximately an hour from the 26th at 14:00PM (SGT). These orders are for:

These changes are reportedly geared towards improving user experience and reducing human error.

BSC has recorded significant growth since its launch, but the increased usage also caused significant strain on the network. The recent volatile market movements also tested the network’s processing capacity. During the market panic, they had to process over 220 transactions per second during the peak times.

Despite the turn of events, the average BSC block time remained stable (3.04s) even during the periods with the highest congestion. Also, only a slight percentage of validators missed blocks.

However, the network revealed the next steps they plan to take towards boosting their performance.

A notable measure was taken by the BSC dev team in releasing BSC v1.1.0 for all full node operators on May 10. The new version reportedly improved the internal logic on transaction execution, storage, and P2P communication. Its latest update also “adds the option of a full and fast sync, decreases storage usage by up to 50%, and includes a few more less-significant tweaks and fixes.”

Another way to boost blockchain performance is by increasing the gas limit to scale BSC. The gas ceiling of BSC is currently at 60MM. Due to recent events, the BSC community, validators, and projects revived the discussion of increasing the gas ceiling. The recent performance tests also revealed that the current client of BSC could handle more gas in a block than it currently does.

“Considering the complex network environment on mainnet and the different hardware of validators, we want to call upon the validator community to gradually increase the gas ceiling to at least 100MM,” the report stated.

Dvision Network, a blockchain-based NFT metaverse platform that establishes a cutting-edge metaverse ecosystem, by utilizing its own VR technology. The technology helps to lower the entry barriers for all types of users around the world. Thus, giving designers, enterprises and general users access to their advanced metaverse experience.

The Network has also revealed its Binance Smart Chain Bridge launch, which is the beginning of $DVI token in BEP20 standard.

Recently, we covered the top 5 low cap coins on BSC. 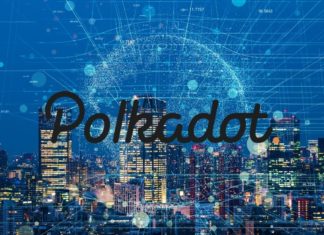 Martin Young - October 19, 2021 0
The Kusama governance community has voted on a proposal to approve 48 parachain auctions over the coming year. According to Kusama's forum, Polkadot has planned...