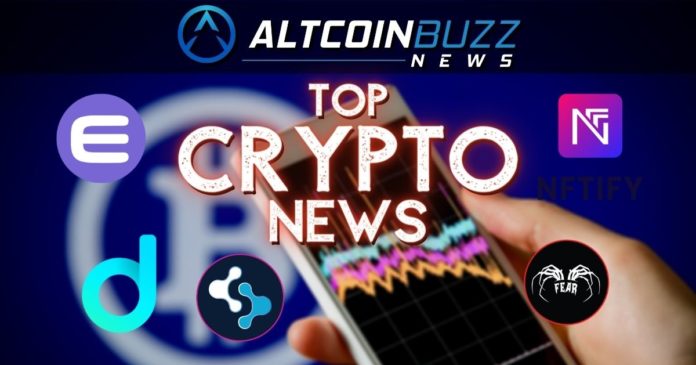 As per DappRadar, OpenSea trading volume was $35 million on July 31 but reached $49 million on August 1. Moreover, this volume includes the trading of famous CryptoPunks, which had reached $78.4 million over the weekend. In addition, this trading volume also includes other collectibles such as ArtBlocks, Bored Ape Yacht Club (BAYC), and more.

Notably, users now get free access to enjoy exciting features such as one-click NFT shop creation, highly customizable NFT stores, free Shopify of NFTs on Web 3, and more. Further, users can register and open their own NFTify store by clicking here. Additionally, the team also has plans to add more exciting features in the near future.

No more waiting as NFTify officially opens access to all users today!

Go ahead & open your own NFTify store via link: https://t.co/PtNMdi9iPIhttps://t.co/VRvVATAZ4c

Popular blockchain-based gaming platform Enjin launched an NFT giveaway. In this giveaway, participants can win one of five exclusive EnjinQuest NFTs being given away. Enjin is a pioneer in the NFT space and the originator of the ERC-1155 NFT standard.

Notably, the team will randomly select the winners on August 6, 2021. The steps which are to be followed to participate in this giveaway are a) follow Enjin’s Twitter account, b) tag two of your friends, and c) then like and retweet the tweet shown below.

This week, we're giving away 5 exclusive EnjinQuest #NFTs this week, which we will reveal soon.

Winners will be chosen randomly on Aug 6. Good luck! pic.twitter.com/kXz5BlxKiZ

DAFI Protocol has declared the launch of its liquidity mining campaign. As per the tweet, users can stake DAFI to earn $DAFI tokens on the AscendEX exchange. Further, the team has allocated a total of $15,000 worth of DAFI tokens as rewards.

DAFI Protocol resolves various issues faced by the blockchain networks. It aims to mitigate excess token supply concerns by replacing simple tokens with dTokens. Notably, this staking is a 12-week liquidity mining campaign, which will start on August 3, 2021, at 12:00 am UTC. More details regarding this liquidity pool can be found here.

5 – FEAR Teams up With NFTrade to Launch $FEAR NFT Farming

FEAR has revealed the launch of $FEAR NFT farming on NFTrade. As stated, users can stake their tokens in the FEAR NFT Farm on NFTrade to earn lucrative rewards.

Additionally, stakers can also earn synthetic tokens (nFEAR), which will be issued by NFTrade. The longer the time period users stake $FEAR in the farm, the more nFEAR they can earn. Users can also redeem these tokens to claim their NFT. There are four specific NFT variations in this first batch.

Fear is a blockchain-based horror gaming and NFT project which provides gamers and crypto enthusiasts an opportunity to own unique and rare NFTs. NFTrade offers one of the unique features of p2p NFT swapping. The Fear NFT Farm can be found on both the Fear website and on the NFTrade platform.

The articles can be viewed here:

In the last bit of crypto news for today, we have Splyt launching a giveaway. For this giveaway, the first-place winner would receive 5,000 SHOPX. In addition, five runners up would be receiving 1,000 SHOPX each. Splyt is an e-commerce NFT infrastructure that connects e-commerce stores, brands, and affiliates.

Here’s how to play:

Giveaway ends this Friday (8/6) at midnight – Winner will be selected at random $SHOPX pic.twitter.com/Lxks7mtf3b 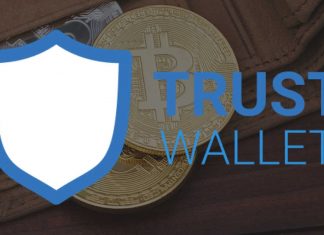 Lesia Dubenko - February 24, 2019 0
Zcash has secured more support. This time, from TrustWallet, the Binance-owned crypto wallet. In an official announcement, Trust Wallet makes it clear that the choice is...