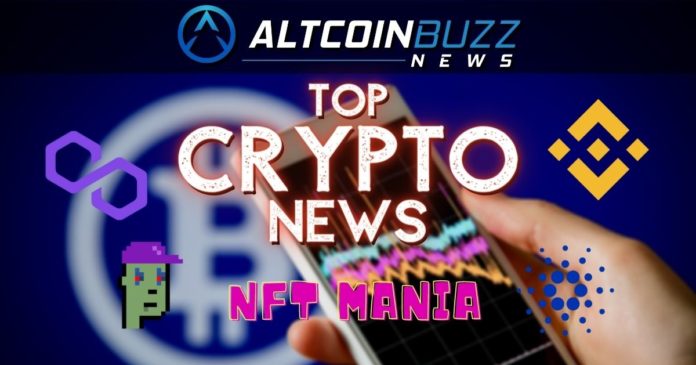 After making a daily high of $48,256, Bitcoin is now trading at $46,731. Meanwhile, altcoins are looking strong, and the second-largest cryptocurrency, Ethereum, is trading close to $3,390.

Let’s find out some interesting crypto news for the day.

Impressively, this collaboration will auction NFT artworks of world-renowned artists such as Leonardo da Vinci, Vincent Van Gogh, and Claude Monet. This NFT auction will begin on the 31st of August and run till September 7, 2021. Binance stated that “there are a total of 5 NFTs for auction, each with a starting bid of 10,000 BUSD.” Notably, the Binance NFT Marketplace launched in the month of June, utilizing the Binance Smart Chain (BSC).

One of the oldest NFT projects, CryptoPunks, hit a major milestone of $1 billion in lifetime sales. Moreover, CryptoPunks includes a total of 10,000 unique pixel-art portraits of people, zombies, apes, and aliens stored on the Ethereum chain.

As per the report, roughly $637 million of sales was generated within this month. This puts the average sale price of a Punk at 35.13 ETH, which is around $111,853. Notably, gaming and NFTs are on the rise nowadays despite a massive surge in Ethereum transaction fees. Recently, big brands such as Visa and Budweiser also bought NFTs, with Visa dropping $150,000 on a CryptoPunk.

The Cardano team has launched a Bug Bounty program offering rewards to hackers for locating any issues within the contract platform’s blockchain. As per the tweet, the team has allocated rewards from $300 to $10,000, which will rely on the severity of the problem.

As stated, Cardano has collaborated with a vulnerability administration agency named HackerOne, which makes use of hackers to reveal cyber safety flaws. This coalition would further reward hackers for exposing any vulnerability in its contract platform’s blockchain. The team also has plans to introduce smart contracts on the ADA network. Hence, this will also improve the Cardano blockchain for good contract performance.

Our last bit of crypto news for today includes Polygon announcing an online Hackathon with a cumulative prize pool of $100K. As stated, this Polygon Grant Hackathon strives to inspire early-stage ideas and their projects with support from top industry players such as Chainlink Labs, Unmarshal, Pocket Network, and more.

The Polygon team also allocated a cumulative prize pool of $100K with the following divisions:

Notably, this Hackathon registration started on August 30th. More details regarding this grant can be found here.

Supported by 50+ Sponsors and ecosystem partners

Join us for the live kick-off session with @sandeepnailwal today at 8PM IST/2:30 PM UTC 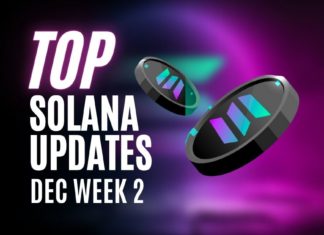 Daniel Abel - December 13, 2021 0
$SOL, alongside the entire crypto market cap, seems to be recovering on the hour after the recent plunge. However, in the last seven days,...