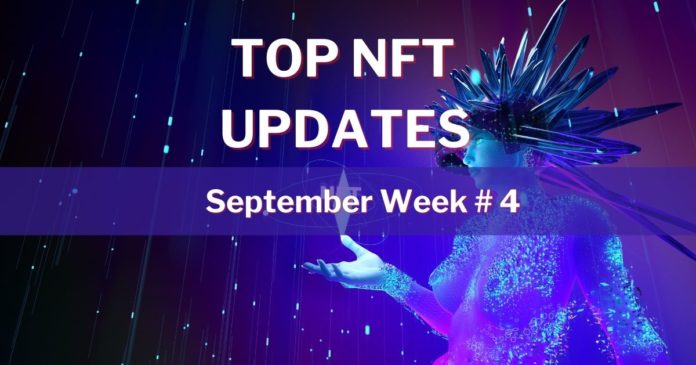 There are NFT updates every week that you can’t miss. Therefore, Altcoin Buzz has compiled them from last week of September to keep you informed:

The non-fungible tokens (NFTs) space was exciting the previous week with a series of activities. For example, an NFT company came together to support women in Afghanistan. Also, crypto Twitter users discovered possible foul play in John Wall NFTs. Let’s take a look at the most critical NFT updates of this week:

During the week, we heard of a new blockchain project that was willing to assist displaced women in Afghanistan with access to education during the week.

According to an official announcement, Bookblocks.io is an NFT company that has partnered with the Afghanistan organization. The sole aim is to help these women pursue an excellent education following the disruptive Taliban takeover.

The Organization for Afghan Women is a foundation that supports women with access to education and vocational coaching. The organization is international, domiciled in two countries, Afghanistan and the US, helping vulnerable women.

Following the cooperation, Bookblocks.io will be sending out a non-fungible token (NFT) on October 5th. The yield from the sales will be given to this humanitarian organization. Here are the NFTs:

According to the organization’s branch director in the US, Naheed Samadi Bahram, the women in question constitute a “generation that grew up hopeful and dreaming about their future through educational opportunities.”

The NFT design is inspired by American author Louisa May Alcott. Besides, it captions half a woman’s face wrapped by a single butterfly wing with the excerpt: “nothing is impossible to a determined woman.”

Over the week, serious complaints arise in the Twitter community over a possible foul play in the NFT space by John Wall. The NBA Houston Rockets player NFT asset is discovered to have a Fortnite background.

Claims have it that his non-fungible token design team might have ripped off one of the backgrounds directly from Fortnite, a game played online.

A Twitter user questioned the crazy dive of superstars into the NFT space of which they know little or nothing about. He accused them of never interacting with the community first before launching “a scam project they’ll abandon in three months.”

The NBA star initially notified the public of his soon-to-be-released NFTs called “Baby Baller.” The proceeds from the tokens sale forecasted to be $100,000 will go to charity and the “Ballers community.”

But just shortly after John posted a preview of his tokenized digital image on social media, some crypto Twitter users quickly observed a background linkage to Fortnite.

John, why is the background of your NFT ripped directly from a Fortnite screenshot? pic.twitter.com/tgcV8XeYaq

3 – Mastercard to Reward One Lucky User with a Mourinho NFT

Another of the NFT updates that emerged over the week from the industry also relates to a sports personality. This time, Jose Mourinho, has earned a partnership with Mastercard as it plans to launch its first NFT.

The choice of the Portuguese manager has much to do with his current role as the company’s global ambassador. Mastercard cardholders will be able to enter the United Kingdom sweepstake and being awarded digital assets randomly. Take a look at the Mastercard NFT.

Digital assets have recently been the strength of various marketing campaigns. Mastercard’s project also presents ever-rising digital assets like NFTs that are likely to attract a wider audience.

Thus, the company will give NFTs randomly to a holder of its Mastercard as a form of reward.

4 – Neopets Steps to Revive Popularity with A New NFTs Project

According to reports, Neopets, a digital pet fantasy game, steps up to revive its popularity with a new NFT-based project. The project involves the launching of its first non-fungible token collectibles tagged the Neopets Metaverse Collection.

Raydium, a Solana-blockchain-based automated market maker, will facilitate the minting and marketing of the new digital assets.

Neopet’s popularity has long suffered a decline despite its massive early success. Far back in 2005, the game company was boasting over 2.2 billion views, greatly distanced from the now 100,000 views per day since 2020.

Thank you for sharing your feedback with us regarding the new line of newly announced NFT's. Please know that our partnership with Raydium, Solana, and Moonvault is legitimate! For more NFT Q&A, please visit us at: https://t.co/7qOM5b8ivr @Neopetsmeta pic.twitter.com/m69lZX3Fro

In line with its plans to revitalize its popularity in 2021, it has stepped forward to launch an NFT project. The NFT project is one way the company thinks it can keep up with the technology in vogue and being relevant in the industry.

Over the week, Dapper Labs revealed the intention to launch more licensed non-fungible tokens following the $250-million funding round success. The company will put its effort into collectibles in entertainment like music and other sports codes.

Sport-related NFTs have been a jackpot for the company, with about $930M raised a week after a gold rush.

On Wednesday, Dapper Labs, the firm behind the Flow blockchain and the widely popular tokenized basketball collectibles NBA Top Shot, announced a further $250 million in a funding round led by a tech-focused hedge fund, Coatue.

The latest investment will supercharge the @nbatopshot fan experience while continuing to bring transformative sports, entertainment, and music blockchain-based experiences to consumers on @Flow_blockchain #builtonFlow

Sorare, a French-based non-fungible token football trading card game developer, based on the report, raised $680 million in Series B funding. Sorare’s success was led by SoftBank – a Japanese fintech giant. The proceeds realized pushes the company’s valuation to $4.3 billion. The joint funding for both firms tallies at $930 million.

I hope you enjoyed the best NFT updates of the last week of September. 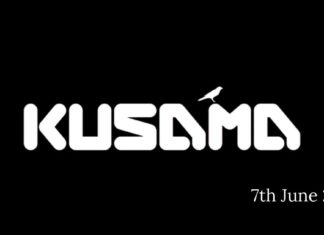 Pratik - June 8, 2021 0
Kusama is meant to be Polkadot’s canary network which is an early, unaudited and unrefined release of Polkadot.  Kusama will serve as a proving ground,...

How To Use Trust Wallet- Part II