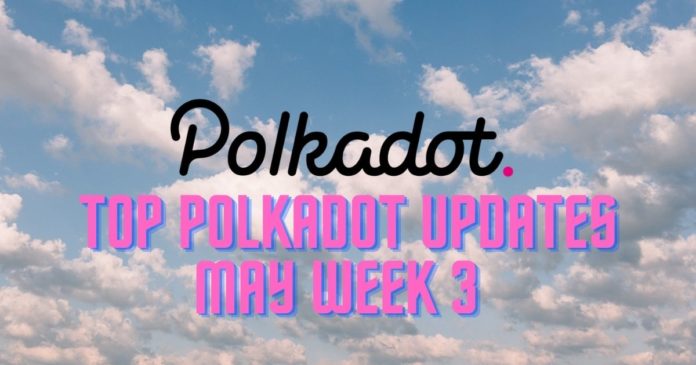 Last week was tough for digital assets. In the last week, prices of major cryptocurrencies plummeted, including DOT. The native token of Polkadot plunged to a price last seen in February. Along with that, its canary network coin, KSM, also dipped more than 40% after hitting its all-time high.

Despite the ongoing carnage, Polkadot proceeds towards its final stage, and the whole ecosystem observed many upgrades in the previous week. Let’s find out what went good/bad since our last coverage.

Gavin Wood, the founder of Polkadot and Kusama, shared in a Medium post that Polkadot is reaching its fifth and final stage. Per the blog, Polkadot’s parachain and crowdloan launch are expected to start after its canary network, Kusama, has demonstrated satisfactory and successful results.

After going through an audit, there will be three stages for testing the Kusama network. The first is to deploy a Shell parachain on Kusama, which has no functionality except being upgradable. It will upgrade after listening to messages from Relay Chain’s governance. Secondly, the upgrade of the Shell parachain to a Statemine parachain. The Statemine parachain will allow users and developers to host both fungible and non-fungible tokens.

The last stage will include the launch of auctions and crowdloans. The network will commence the launch once Kusama has demonstrated that parachains with transactions and consensus work well. Though no exact dates are announced, it is clear that Polkadot has finally entered into its final stage of testing, after which we will soon be able to see the full working of its ecosystem.

A Swiss digital asset investment firm, Valour, has announced that it is launching exchange-traded products (ETPs) to offer its users exposure to cryptos from Polkadot. While the Cardano ETP is already available for users on the Nordic Growth Market, the Valour Polkadot ETP is predicted to launch at the end of this month. According to the announcement, the products are fully backed by DOT and ADA tokens bought by Valour.

3 – Sorceress to Serve to Strengthen the Polkadot Ecosystem

Polkadot developers from IOBC and the Foundation of the Sorceress Project announced last week the launch of the Sorceress Protocol. It is the first parallel, multi-chain oracle and DAO that seeks to optimize the Polkadot ecosystem by connecting the on-chain data with off-chain data. Off-chain information, like user data, events, or payment information, may be brought on to the on-chain smart contracts operations of multiple networks via this oracle. Sorcereress, along with its open DAO community governance, will further improve the security and efficiency of the Polkadot network.

Banking app Current has announced a collaboration with Acala, a DeFi platform powered by Polkadot. The goal is to establish a new hybrid finance (HyFi) that will combine traditional banking services and the decentralized applications of finance.

Current will continue operations on its own infrastructure but will join the active validator set on the Polkadot network through Acala. The merger will integrate directly into Current Core, the bespoke banking platform of Current.

Unique Network, the non-fungible token chain for the Polakdot and Kusama networks, has raised $4.3 million in its pre-sale round. The investment round was led by Outlier Ventures. They were later joined by DFG, Animoca Brands, and other prominent venture capital groups.

This funding will help Unique to grow and expand its community and finalize the deployment of parachains on Polkadot. The platform also has plans to include a white-label marketplace which will bring creators and collectors together.

DOT struggled to hold the $15 price point and declined to its intraday low of $13. Though the altcoin tried to enter a healthy price of $26.50, the selling pressure prompted a slide to $17. 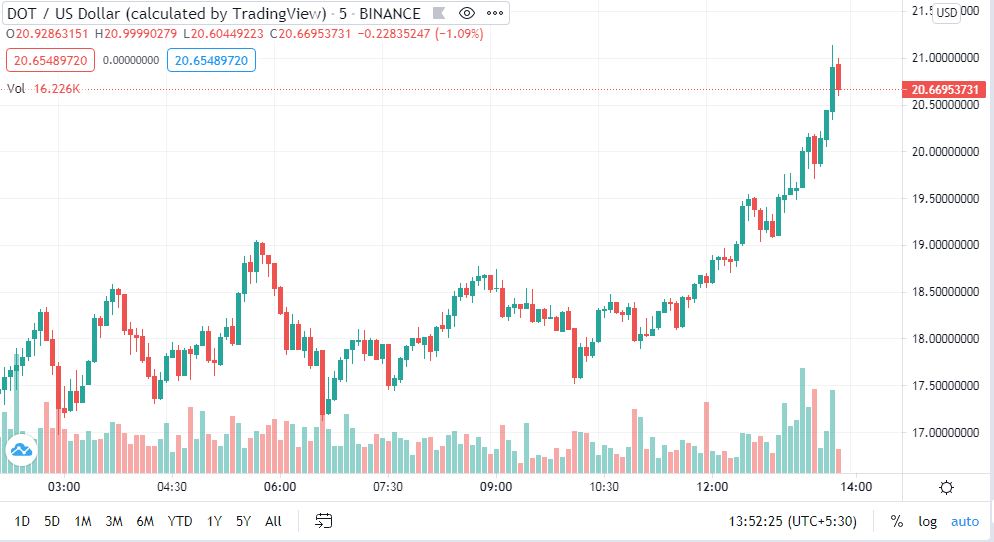 If the bears continue to drive more sell-offs, there are chances that DOT will reach below $11. On the other hand, we could see the market reverse the downtrend, which can drive the price to $25. 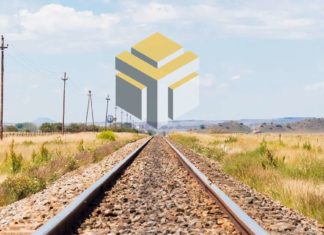 Something Big is about to Happen at YFD – Roadmap Q2

Deepika Garg - April 7, 2021 0
Your Finance Decentralized or YFD aims to become the first DeFi Financial Center fully powered by the community. To achieve the goal, the ecosystem...