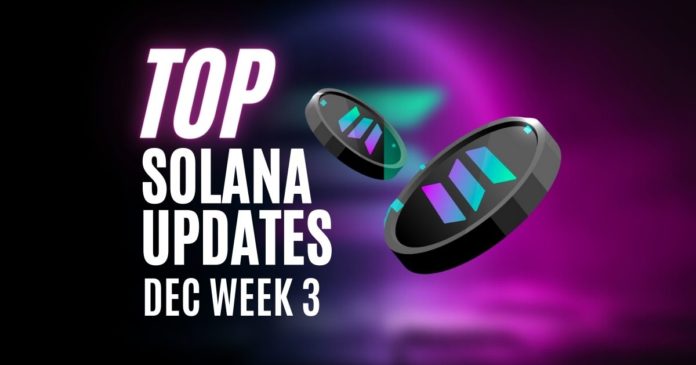 This week, the crypto market is back in the green zone as $SOL recovers from the recent plunge. In the last seven days, it has rallied by 7.1% and was trading at $172.45, according to CoinGecko.

Solana continues to record more projects on its network and is also gaining attention among institutional investors. This week, the blockchain network attained new heights and announced a community-led directory for the network.

This week, the Solana Foundation announced partnerships with several projects in the ecosystem to roll out a pilot bounty program.

1/ The Solana Foundation is partnering with projects in the ecosystem to launch a pilot Bounty Program.

If you’ve ever been interested in hacking away on a great project and earning a bounty in return, now’s the best time to get involved! pic.twitter.com/r5AgojVO8T

The program, which was disclosed by Solana Foundation, will enable users to improve the project and get rewarded in the process. Drift Protocol, Saber, Ocean Finance, and Holaplex have already announced plans to participate in the bounty program initiative.

Via an official statement, Drift Protocol noted that its bounty program would offer $100,000 in bounties to participants. Users will also have the opportunity to earn rewards by completing the nominated bountings rolled out by the community.

This week, Galaxy Digital has announced that it will launch a crypto fund for the Solana ecosystem.

The Galaxy Solana Funds, which is coming weeks after Grayscale launched SOL-backed trust, will target “institutional investors.” The fund will map the newly launched Bloomberg Galaxy Solana Index according to the announcement.

Steve Kurz, Global Head of Asset Management at Galaxy Digital, expressed his delight with the launch. Also, he noted that the Galaxy Funds would benefit institutional investors.

“The crypto economy is on an exciting growth trajectory, and we’re meeting the opportunity by thoughtfully expanding our product suite to provide access to the institutional-grade portion of the digital asset class,” Kurz said.

3 – Michael Jordan To Build On Solana

The NBA legend Michael Jordan and @HeirJordan13 are launching HEIR, a platform for empowering athletes built on #Solana https://t.co/qJnhyRqAIe

The new project, Heir, is scheduled to launch in 2022 and will connect athletes and artists with fans. It is a Web3 fan engagement platform built on Solana that has also secured $10 million in seed funding to launch.

According to the announcement, Heir will also have an NFTs asset and a $HEIR token minted on the blockchain network. Furthermore, the platform will be run by Michael Jordan’s son, Jeffrey, alongside former Nike brand manager Jeron Smith.

Solana Ventures, the platform’s investment arm, has partnered with Forte and Griffin to invest $150 million in Web3 gaming.

According to the announcement, the fund will develop the GameFi project in the Solana ecosystem. It will also entice developers to the blockchain ecosystem to build gaming applications and ensure gaming-related growth.

Mini Royale Nations has launched on the Solana network, becoming the first multiplayer Web3 gaming on the blockchain platform.

Solana-based projects Bridgesplit and Hubble Protocol have secured strategic funding aimed at its growth and expansion.

Bridgesplit, a DeFi stack for the NFT platform on Solana, has raised $4.25 million in a seed funding round. While Hubble Protocol, a DeFi and stablecoin protocol, has also secured $3.6 million in funding.

Finally, the NFT platform also disclosed that the fund raised would further its growth.

According to Coingecko, $SOL has a market cap of $53.2 billion. It currently has a circulating supply of 308 million tokens and a total supply of 508 million. 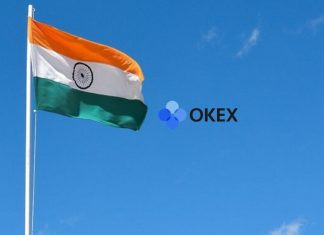 David Abel - February 17, 2020 0
Irrespective of the continued uncertainty around cryptocurrency regulation in India, OKEx cryptocurrency exchange just made another claim on the country’s market by partnering CoinDCX. Based...