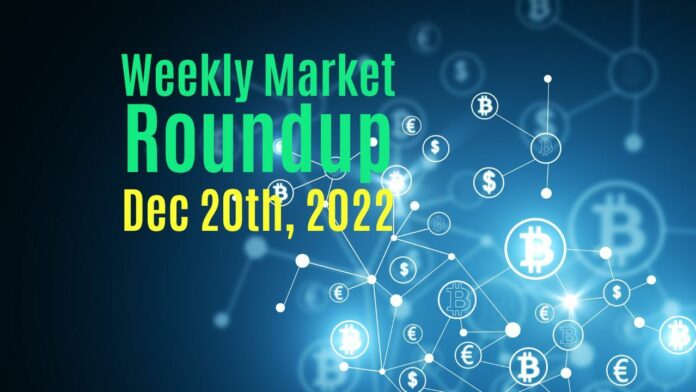 The Santa rally is over, and bearishness tightens its grip on the market. Interesting on-chain activity shows massive sell-off from long-term holders and stablecoin deposits into exchanges. Something is cooking with the upcoming Mt. Gox unlock.

In this edition of the Weekly Market Roundup, we touch upon long-term holders, Golden Cross, the future of Ethereum after the Shanghai Hard Fork, and the Fed’s pivot.

A particular theory of the exchange of hands is popular as a folk song in the market winters. In short, the market forces expect the exchange of assets from weak hands to strong hands. A weak hand is an investor who sells and buys per popular sentiment. That means the investor sells when the market dumps and vice versa. But for every seller, there should be a buyer! So there comes the strong hands, touted as long-term investors.

According to on-chain data, long-term holders are moving their coins to sell more frequently. After all, the crypto winter was rather harsh to all investors, whether retail or institutional. Many organizations collapsed, intensifying the winter. The last time this event happened was in July 2021.

So what happens when such an event happens?

Quite interestingly, the NVT Golden Cross is also in an overbought area. How is it possible because Bitcoin has not pumped in a while? The truth is that big players have been defending the $15.8k mark religiously with all their might.

The NVT Golden Cross is a reliable indicator when taken in the right context. The Network Value to Transaction index compares the short-term trend of NVT and the long-term trend of NVT. It is a leading indicator and is quite helpful in taking the optimum entries and exits.

Thus, the NVT Golden Cross suggests that the market might dump shortly. A trader can make use of this to determine the momentum in the market. The key is to short coins while paying attention to the respective funding rates.

Is there a possibility of a lower low? YES.

In any bear market, overall exchange reserves decrease. This happens because the whales withdraw their assets to cold wallets for safekeeping. This market was no different, with many exchanges collapsing and others surviving in the growing shadow of suspicion.

However, towards the end of the bear market, the exchange reserves increase to a maximum.

Actually, the reason for the end of the bear market is this massive increase in exchange reserves. It brings sudden liquidity to a dead market, and coins begin to pump big. It gives out the signal that the bear market is over and a new bull run is on the way. Upon receiving the signal, seasoned crypto players wait for a retracement because perma-bears take short positions thinking it’s yet another relief rally. Seasoned players take positions, and the news spreads to new investors.

There are ads on social media about a new coin that made millionaires. Then retail FOMO happens – they invest some money, make some juicy gains, invest even more, and tell their family and friends to buy some coin. It brings perfect exit liquidity for whales and long-term holders, and they dump their coins on retail.

Understanding this pattern is crucial when you want to stay afloat in the crypto market for years to come. Trying to beat the market is a futile exercise, as is trying to time the bottom and top.

Buy when you think an asset is undervalued, and when it dips another 50%, buy more.

When filtering for quarterly returns during bear markets only, Q1 and Q4 are the worst quarters (within a few percent). As we head into the Q4 close, we can see how the current cycle has played out similarly to previous bear markets.

Delphi Digital analyzes that Bitcoin’s best historical performance comes in Q4. Bitcoin halving is expected to happen in May 2024, and the data suggests Q4 2023 can be the best quarter in the coming years.

It is just a year apart, and people waiting for $3k Bitcoin will continue waiting even after that. Although Delphi does not have an impeccable track record, the chart is pretty accurate. When we consider this possibility with the stock market predictions that 2023 will be a bad year for risky assets, it makes total sense.

The media wants retail to stay away from the market in 2023. The stock market experts come on live television and claim a doomed 2023. Crypto influencers are slowly injecting fear into their viewers. Truth be told, nobody knows the immediate future. If an investor believes the technology is here to stay and is more cost-efficient than the existing ones, then he should find no problem investing in cryptos.

Buying every dip doesn’t make sense because the market is recalculating the valuations in every leg down. Layer 1 startups with no users, no good developers, and zero clarity on what to achieve in the next two years have billions in market cap.

DeFi platforms that are not making revenue will go down. Games that are still prototypes or mere trailers will run out of funds, and, one by one, crypto startups will go out of business. That is where the real crypto winter shows its true potential, but the price of Bitcoin need not be lower than the current levels.

Shanghai Hard Fork and the Future Of Ethereum in 2023

The ETH 2.0 Deposit is around 12% of the total supply. $ETH exchange reserve also drops down to 15% of the $ETH total supply. There is a liquidity crisis for Ethereum, but what could happen after the Shanghai Hard Fork?

The Shanghai Hard Fork is set for March 2023. The fork enables withdrawals for $ETH stakers/validators from the Beacon Chain. That means around 12% of the total $ETH supply will enter the market after the fork. As the Total Value Locked for Ethereum is reaching new highs, it leads to yet another liquidity crunch.

It should be noted there was a 57% decrease in the number of depositors in 2022 when compared to the previous year. However, the deposited balance in 2022 is similar to 2021. In other words, the total balance per deposit increased by 133% in 2022.

That means, after the hard fork, there will be a shift in demand and supply. Now the price of ETH is stable because there is less supply and less demand. But when the available supply increases, there will be volatility in a downward direction.

The 30-day correlation between Ethereum and Bitcoin is near all-time highs. It adds more volatility to Ethereum.

What to Expect From the Fed Pivot?

The U.S. Bureau of Labor Statistics indicated that inflation was still rising, but the rate of increase was slower than the previous month. This suggests that the Federal Reserve’s hawkish attempts to contain rampant inflation have had an effect.

But it does not mean that the inflation rate is coming down. The inflation is high, but it appears to have stabilized. The Consumer Price Index (CPI) measures the rate of change for the price of a selection of goods. Such goods include medical care, used cars, and the household staple of milk. The rate rose last month by 0.1%. This rate increase was lower than that of October, at which point there was a 0.3% increase.

Stocks and cryptocurrencies went up, fueling optimism that the Fed’s ongoing rate increases would stop.

The Fed still has work to do. Year-over-year inflation is over a massive 7.1%. So, the Fed said a day after the report was released that rates would still be raised. However, the central bank decided to cut the increase from 0.75% down to 0.5%.

Meanwhile, Japan announced a boost in long-term interest rates. Soon, many Asian countries will follow this path, and the dollar will lose some of its dominance. At which, the Fed has to pivot, causing a market bloodbath.

Rate increases make borrowing money more expensive, which can have an impact on the entire economy as the Fed tries to curb spending. Additionally, the rising interest rates in commercial banks, which provide investors with less risky returns than investing in the stock market, make holding cash more attractive.

It is not over, at least not yet. The bear market might extend its stay! Well, that is it for the current edition of the Weekly Market Roundup. 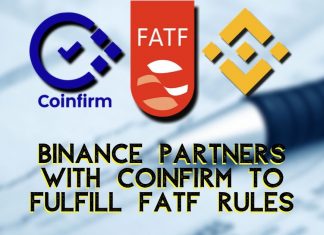 Racheal - October 6, 2019 0
Binance is trending for all the right reasons. Binance is once again in the loop. The exchange recently announced a partnership with a crypto startup Coinfirm....