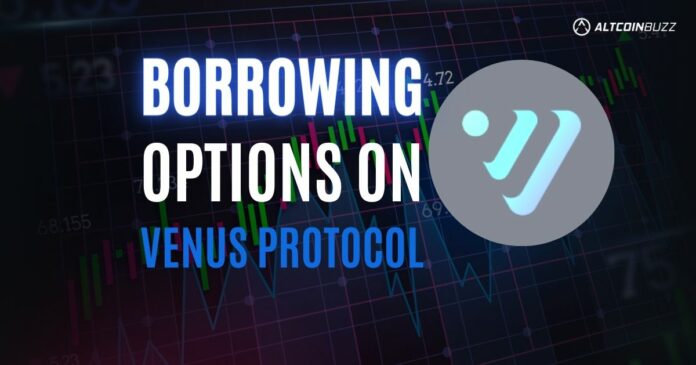 Venus is more or less a fork of Ethereum’s Compound and MakerDAO. However, it is built on the BNB Smart Chain. The Venus protocol enables users to borrow or lend crypto assets in a completely decentralized manner.

The BNB Smart Chain has fast functionality and a permissionless design. So crypto holders on the BNB Smart Chain can easily support the network and generate passive income by providing collateral. Also, those who require more assets can borrow via the Venus protocol by pledging their collateralized assets. Now let’s talk about borrowing with the Venus Protocol.

Getting Started with Borrowing on Venus Protocol

To begin, users must set up the BNB Smart Chain network in their MetaMask. And connect to the Venus protocol. It’s important for users to have $BNB in their wallets. They’ll need it to lend or borrow crypto assets on the protocol and pay for gas.

Users will see several cryptocurrencies from different blockchains on Venus. This includes $ADA, $DOT, $DOGE, and $AAVE, to name a few. All these tokens are only BEP-20 versions of the real asset on BSC.

Borrowing on the Venus Protocol

Venus requires collateral from users that will be locked in the protocol in order to lend any of the available cryptocurrencies in the protocol to them. Borrowing on Venus is over-collateralized lending. This implies that for every dollar that you want to borrow, you need to have a minimum of $1.30 or $1.50 pledged as collateral.

The protocol is designed this way because it is decentralized. This means all transactions are automated. If you have a loan of a dollar and collateral worth $1.50, if your collateral drops in value to around $1.20, that’s not going to be enough collateral. The Venus Protocol will automatically sell the collateral you have in order to repay your loan. Hence, people who do borrow have to manage their collateral and not borrow too much

From the Venus dashboard, the health of your collateral will be available whenever you borrow. This information is displayed in the borrowing limit. From the image below, we can see that the “borrow limit” bar has a red line. This acts as a liquidation level. For instance, if you have $10,000 worth of $BNB as collateral, you’ll be able to borrow about $7000 worth of another crypto asset. And if the value of $BNB drops to the red line, the protocol will automatically sell your collateral to pay back your loan.

Three Good Assets to Borrow on the Venus Protocol

Like conventional finance, borrowing on Venus entails you paying a specified interest due to your loan, which is computed annually. Currently, the Venus protocol incentivizes users to use their system by paying a particular amount in the protocol’s native token ($XVS) anytime someone borrows an asset.

Users who use this initiative can generate passive income whenever they borrow assets on Venus. However, not every borrowable asset offers a sufficient incentive for borrowers to create income. At the time of this writing, there are just three assets available that can make you money when you borrow.

According to the image below, users will always pay a 3.07% interest rate while borrowing $XRP (borrow APY). However, the Venus protocol will provide a 3.92% (distribution APY) incentive. This means that the borrower will earn an APY of 0.85% by borrowing this asset. 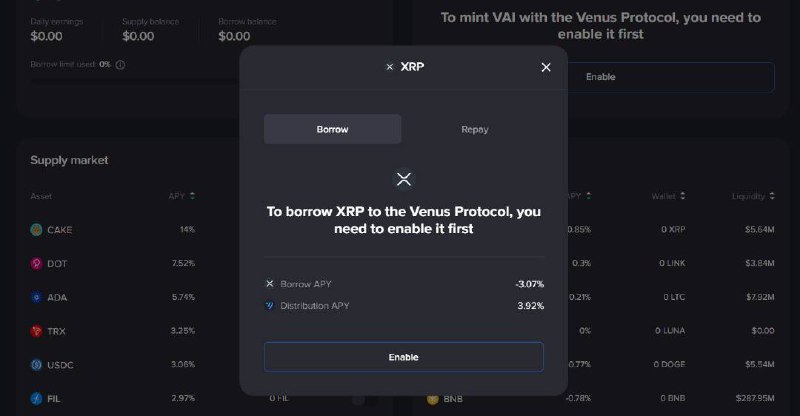 As seen in the screenshot below, users will have to pay a 3.54% interest fee while borrowing $LINK, which is the Borrow APY. However, Venus will reward them with a distribution APY of 3.84%. This means that by borrowing this asset, the borrower will earn an APY of 0.3%. 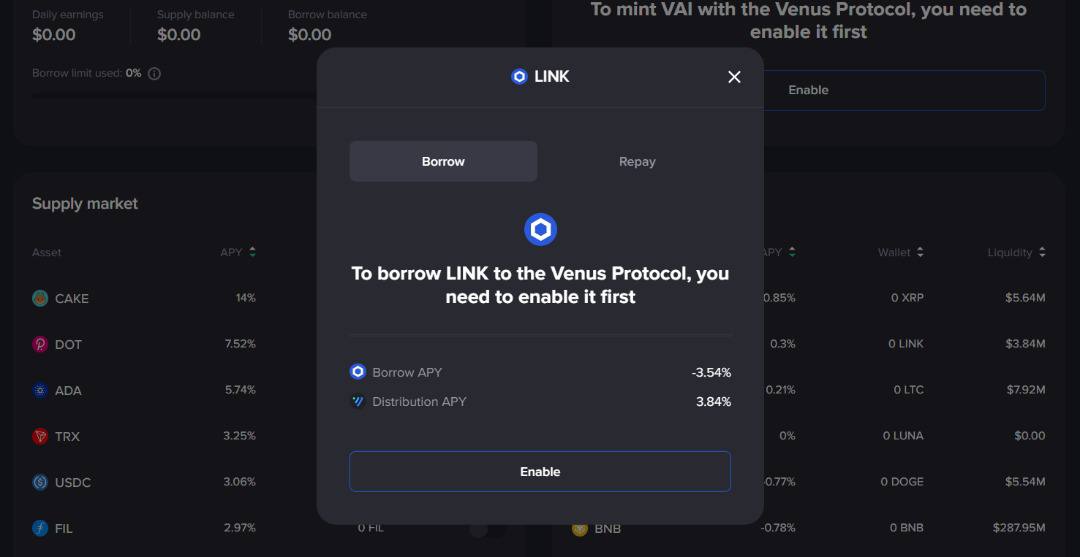 Venus charges users who borrow $LTC an interest rate of 2.95% (borrow APY). However, Venus will incentivize them with a distribution APY of 3.16%. This implies that the borrower will get an APY of 0.85% by borrowing this asset. 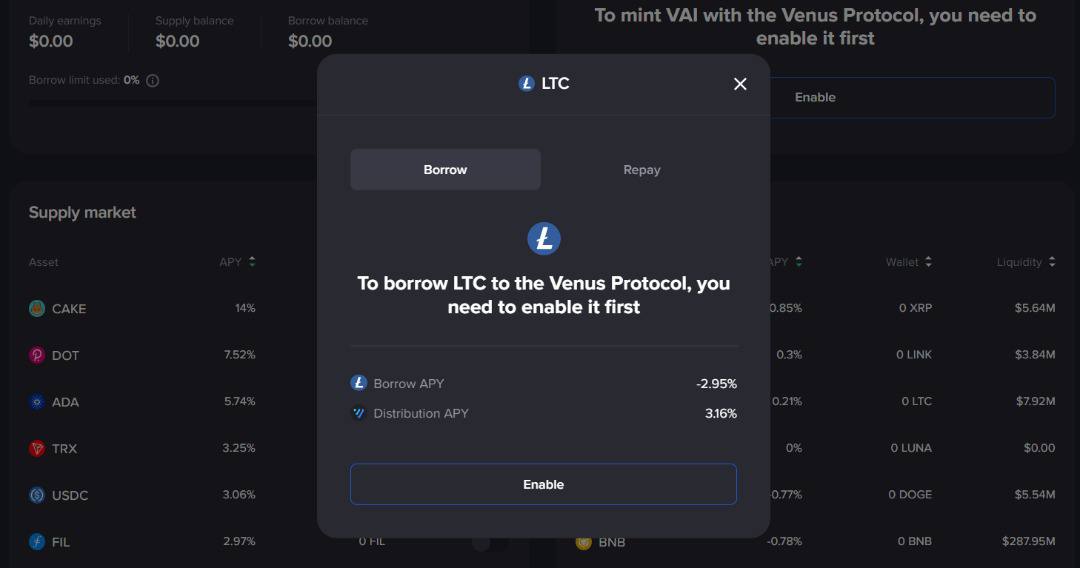 You can make money while borrowing. Pretty cool, huh? That’s it for borrowing on Venus. You can check out this article for 3 low-risk farms on Pancakeswap. 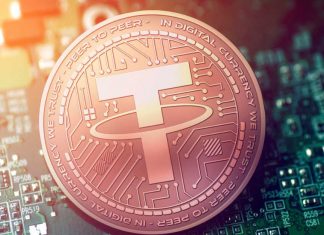 Poloniex and KuCoin Will Take Part in USDT-TRON Airdrop

Ifeanyi - July 15, 2019 0
These two exchanges are among the world’s most renowned and widely used digital currency exchanges. Expressing support for USDT-TRON airdrop simply means that Poloniex...