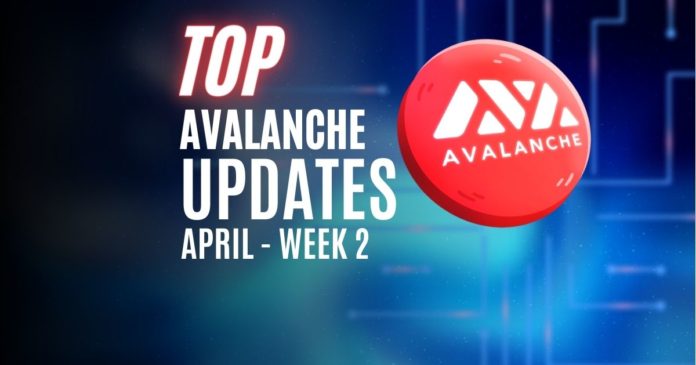 Avalanche is building one of the fastest-growing blockchain communities. The scalable platform has doubled in popularity and fanbase in less than a year. Furthermore, fresh statistics show that Avalanche’s 2022 Q1 was one of the best in the blockchain space.

As a result, Altcoin Buzz shares a weekly report from Avalanche’s community. During the second week of April, Avalanche remained busy with multiple newcomers and partnerships. Here’s a glance at what happened in Avalanche’s ecosystem over the past week.

Messari is a New York-based research firm that provides data and statistics on the performance of different platforms. The firm, founded in 2018, issued a report about Avalanche’s Q1, citing the blockchain platform’s progress.

According to Messari, Avalanche’s first quarter was filled with moderate growth compared to Q4-2021. Furthermore, the network witnessed uptrends in usage and income generation. However, Avalanche’s market cap was relatively flat. Therefore, Messari pointed out the following as factors for Avalanche’s Q1 growth:

Furthermore, average daily transactions during the first quarter were about +82.8%, while the total revenue grew by 72.7%. Avalanche users can look forward to a blissful Q2-2022.

Shrapnel, an action-packed game built on Avalanche, has announced the completion of a $7 million token sale. Furthermore, the likes of Dragonfly and Three Arrows Capital, Keith Nunziata of Citadel Global Equities, and Jason Zhao of Kleiner Perkins took part in the sale.

In addition, Shrapnel employs Avalanche’s subnets architecture to scale. The subnets consist of application-specific chains that may be tailored to the demands and regulations of a game. Also, according to Ed Chang, director of gaming at Ava Labs, the ability to set up a blockchain on Avalanche solves a lot of problems and decreases security threats.

Antimatter is a DeFi platform that enables traders to experiment with cryptocurrency future prices by leveraging on-chain financial derivatives known as perpetual options. The platform recently announced the launch of its DeFi Options Vaults (DOV) on Avalanche and Ethereum. Antimatter noted that it would begin with the Covered Call and Put Selling on each blockchain.

Also, DeFi Option Vaults (DOV) are computerized vaults that follow a predefined options strategy. In addition, the strategy decides whether to sell a put or a call option. Furthermore, users earn yields by collecting premiums when an option expires. Option strategies were previously exclusively available to accredited investors via over-the-counter (OTC) trading or self-execution on options exchanges such as Deribit.

📢Antimatter Option Vaults are on the way!📢

This week we are finally launching our DeFi Option Vaults on #Avalanche & #Ethereum.

The vault will open this week and accept orders till Friday 15th of April 0pm GMT.@opyn_ @avalancheavax

4) Debridge Finance is Live on Avalanche

Debridge protocol is an infrastructural platform and a hooking service. It intends to become a benchmark for cross-chain smart contract composability. Also, the platform aims to engage in cross-chain swaps, bridging arbitrary assets and NFTs.

As part of its plans for expansion, deBridge protocol is now operational on Avalanche. This launch will allow protocols and apps from other blockchains or Avalanche to begin forwarding arbitrary assets and data and constructing new cross-chain applications.

Therefore, users and projects can also begin adopting deSwap, a cross-chain software based on deBridge. deSwap allows for cross-chain exchanges of any arbitrary assets in a single trade. The platform chose Avalanche due to the recent growth seen on the platform.

Avalanche has been experiencing vast growth and we’re thrilled to bring more cross-chain opportunities to protocols and applications within the ecosystem.

We hope you enjoyed this week’s update. 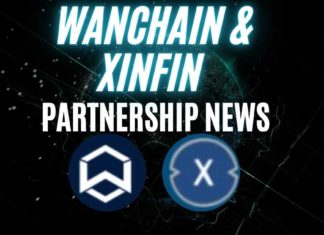 Lawrence Mike Woriji - April 23, 2022 0
Xinfin recently announced its partnership with DIMO and Wanchain, to build bridges for its XDC token. XinFin is a third-generation hybrid blockchain. It aims...