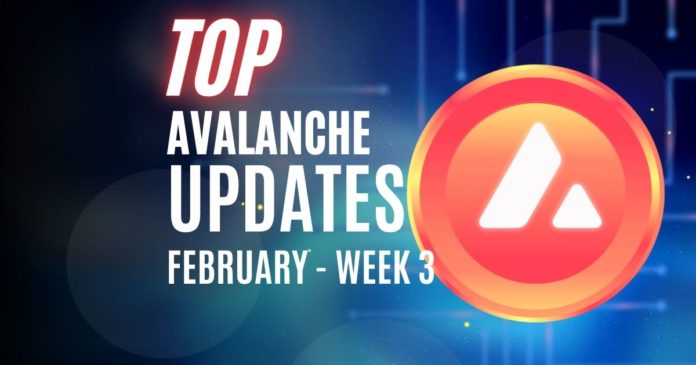 Week in and week out, the Avalanche network remains a trending community. Several partnerships, news, and launches take place on the scalable blockchain. Therefore, Altcoin Buzz shares weekly updates from the Avalanche blockchain.

Since the new month began, Avalanche has stayed busy and trending. The platform has seen fresh launches, and one of the biggest updates from this week was the launch of Yeti Finance’s testnet on Avalanche.

Yeti Finance, an interest-free decentralized borrowing protocol, announced the launch of its testnet on the Avalanche Fuji Testnet Network. The Testnet launch was originally slated for February 2023, but a series of positive events moved it to this year. Yeti Finance is a gigantic step ahead in the borrowing market, allowing Avalanche’s community to access tens of billions of dollars in new liquidity.

Moreover, following the launch of the testnet, users can try depositing assets, minting, and supplying YUSD in the stability pool. This is a limited testnet that differs from the mainnet. Also, the platform will be adding more features over time as it prepares for the mainnet launch. More details of the launch can be accessed here.

.@YetiFinance’s Testnet is now live on the #Avalanche Fuji Network!

Benqi Finance just announced the introduction of its AVAX liquid staking which is an Avalanche liquidity market protocol. Following the launch, users can stake AVAX in exchange for sAVAX, an interest-bearing version of the AVAX token. Therefore, liquid staking provides users who give liquidity to a protocol with a liquid asset, giving them exposure to other DeFi alternatives.

Moreover, the launch of the liquid staking feature offers more opportunities to users. In addition, an interest-bearing version of AVAX means that sAVAX can be used to build several strategic products. Also, Benqi is yet to release more details about the partnerships and products. However, the platform intends to release the details once completed.

1/ We are thrilled to announce the release of BENQI's Liquid Staking Protocol on #Avalanche !

In a tweet shared on February 16th, Wirex Wallet announced the addition of AXAX to its list of tokens. Wirex is a global digital payment platform that makes cryptocurrencies available and accessible that now offers Avalanche support. As a result, it means that several Avalance-based assets are available to send, receive, store, and exchange in-app.

Moreover, Wirex Wallet offers several unique features to its users, which provides a zero exchange fee for swaps. In addition, users can spend both fiat currency and cryptocurrency via Wirex’s real-time conversion.

4- yyAVAX Token to Launch on Avalanche

Yield Yak is a platform that provides opportunities for users to earn more yield from DeFi farming on Avalanche. The platform recently announced a collaboration that will bring more yield to Avalanche’s users. Therefore, Yield Yak has partnered with Geode Finance and Eden Network to launch the yyAVAX token, a yield-bearing liquid staking token.

Moreover, yyAVAX is a liquid-staked version of Avalanche’s AVAX that unlocks rewards kept for AVAX staked on the Avalanche P-Chain. Both Geode and Eden, as well as Yield Yak, will play huge roles in fulfilling the plans for the yyAVAX token. Yield Yak will release more details about this partnership in the coming weeks.

👀 Say hello to $yyAVAX – a new liquid staking token coming to #Avalanche via a unique partnership with @Geode_Finance and @EdenNetwork with a singular objective: bring more yield than ever to users 💥.

Avalanche’s community scored another win this week after hitting a total transaction of 100 million by February 17th. Therefore, several projects have joined Avalanche to capitalize on its scalability, reduced fees, and speed. Moreover, Avalanche seems right on track to pose a serious challenge to Ethereum with its admirable feats. The number of transactions on Avalanche signifies the popularity of Avalanche less than two years after it launched.

The total transactions on @avalancheavax have already reached a new milestone of 100M today, 17 Feb 2022.
🥳 Congratulations 🥳

200M seems to be not far with the high potential of Avalanche 🔜#Avalanche #AVAX pic.twitter.com/Oiy9RjHFQO

At the time of writing this article, the price of AVAX is currently trading at $89.11 with a 24-hour trading volume of $1,1 billion and a marketcap of $21.1 billion. Furthermore, Avalanche has been down 5.8% in the last 24 hours. 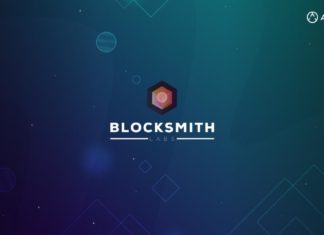 Jin Ming - July 16, 2022 0
Blocksmith Labs (BSL) was founded to address the problems facing the NFT industry while delivering utility to its holders.  Since its launch on March 24,...