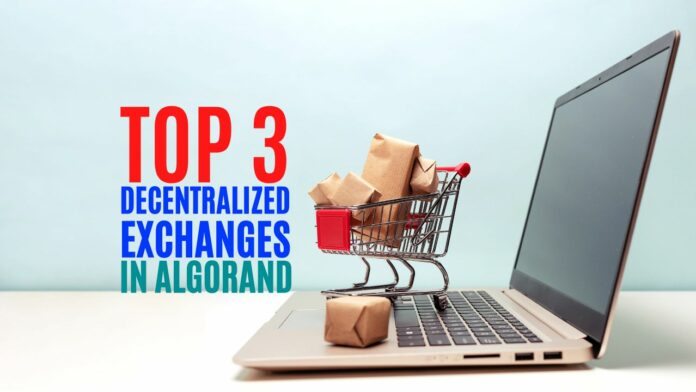 Decentralized exchanges, or DEXes, give you control over your assets. You just need a non-custodial wallet and there are no intermediaries. There’s also no KYC involved for visiting a DEX. Plenty of reasons to use them, also on Algorand.

So, let’s have a closer look at the 3 best DEXes on Algorand.

Tinyman is one of the top 3 DEXes on Algorand. According to DeFiLlama, their TVL is $10.7 million. So, that’s relatively small. On the other hand, the whole Algorand blockchain has a total TVL of just $171.9 million. But, to clarify, their first DEX, which happens to be Tinyman, didn’t go live until October 2022.

Tinyman has finally built a new home for all of us!🏯 #TinymanV2 #algorand

Tinyman V2 is launching now, and you're invited to join the adventure #algofam🚶‍♂️
Get ready for improved liquidity and exciting new features as we migrate to V2 🌟🌞 #tinyman #defihttps://t.co/7NFyakao9S pic.twitter.com/fhBb0UCDSy

Since October 2022, they have seen an increase in their TVL. It all depends on perspective. They are an Automated Market Maker (AMM). As a result, they offer classic AAM services like:

Another advantage that the Algorand blockchain offers are faster and cheaper transactions. Especially compared to Ethereum. Tinyman offers three components.

In early January 2023 they saw an exploit of $3 million. However, Tinyman stood up and offered a compensation program to its users. Below is a short video that explains Tinyman.

Pact Finance is another AMM on Algorand. DeFiLlama sets their TVL at $12.3 million. They didn’t launch their mainnet until February 2022. Nonetheless, they’re already in the top 3 DEXes on Algorand.

Pact is a mobile app, but also has a desktop version. It’s still in development. Another point to be aware of, is that you need Algorand specific wallets. For example, Pera Wallet, My Algo Wallet, or Exodus. The picture below shows the UI on their desktop version.

Algofi is currently, by far, the biggest DEX on Algorand. DeFiLlama has their TVL at almost $114 million. In other words, that’s a 66% dominance in Algorand’s DeFi space. They launched in February 2022. So, in only one year, they did make an impact in the Algorand DeFi space.

They offer the typical DEX features of swapping, liquidity pools, farming, and vaults. One of their main focus points is lending. However, they also mint their own stablecoin, STBL coin. You can mint STBL against a collateral of their supported assets. Their claim is that they offer the lowest stablecoin rates to borrowers in any ecosystem.

Existing users–be sure to migrate from the v1 to the v2 Vault. If you've already migrated, commit your stake before the commitment period ends January 15th.

Furthermore, Algofi also offers governance. By means of voting, you can influence the direction of the protocol. You deposit ALGO as collateral in their vaults. This allows you to vote. However, it also allows you to borrow stablecoins. For example, STBL, USDC, goBTC and goETH.

Until the end of January 2023, they also have the Aeneas incentive program for early users. With their Zap feature, you can complete a swap and convert the tokens in LP tokens. All with only one transaction. The picture below shows the Algofi lending market.

Algorand is still a young and upcoming blockchain in DeFi. However, they have a couple of good DEXes in their ecosystem. We looked at the 3 best DEXes on Algorand. Those are currently Algofi, Pact Finance, and Tinyman. 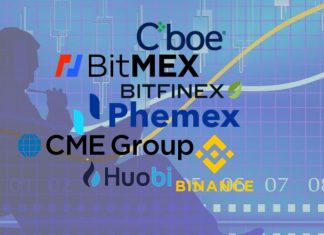 Bitcoin Derivatives and Leverage Trading – Doing It The Right Way!