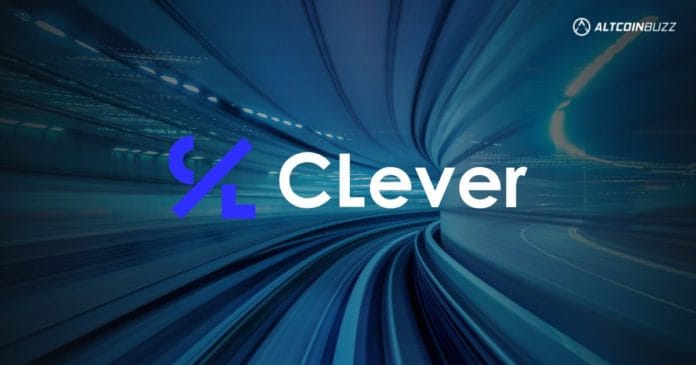 The CLever protocol is causing waves in the DeFi space. According to DeFiLlama, during the last 30 days, their TVL grew by 1200%. As a CVX holder, you can keep accumulating yields in a continuous and automated way. But it gets better. CLever offers you to claim your future today.

So, here we are with the new CLever protocol, still in beta. Let’s have a look to find out how this works.

CLever was set up by Aladdin DAO. This is a group of DeFi veterans who want to curate yield farming. In CLever, a couple of interesting and new DeFi options surface.

CLever is now tracking over 700k CVX locked and earning! 🤩🤩

The people want their safe and simple leverage farming!

It's coming, and while we wait, we enjoy automatic continuous bribe harvesting and CVX reinvestment! pic.twitter.com/mjtZHhxLLM

Here are three reasons why CLever is so appealing:

How Does CLever Work?

CLever is a leverage DeFi platform for CVX holders where you can lock them and claim 50% of your future yields that comes as clevCVX. clexCVX is the synthetic version of CVX tokens, at zero cost. Nowadays it has a 38% APR. Now there are two ways how you can swap clevCVX for CVX:

You can also add leverage by re-depositing your CVX. Now you can keep swapping and claiming. There is a max of ~2X your initial CVX deposit. CLever will also vote-lock all the locked CVX in Convex.

The CLever system mints the clexCVX token against real CVX or Vote Locked CVX (vlCVX). They back each clevCVX by one CVX or vlCVX. You can redeem this clevCVX 1:1 with CVX by using the Furnace. Alternatively, you can use the clevCVX/CVX pool on Curve. 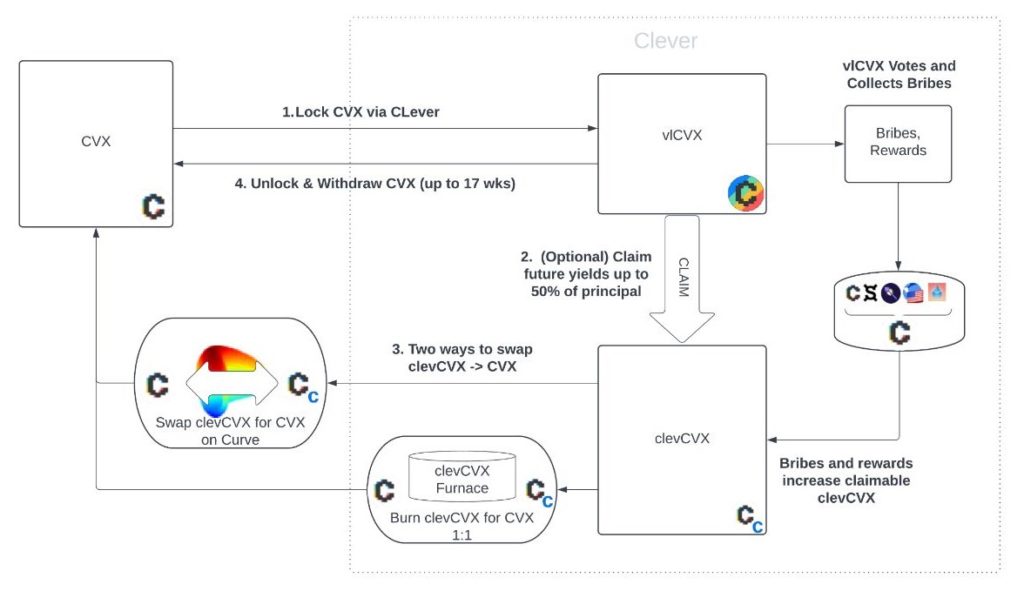 How to Claim Your Future Yields?

Claiming your future yield is straightforward. You start with locking 2x your future yields in the system. There’s a limit of up to 50% of the locked amount. Your outstanding debt reduces, but it depends on the harvest amount. You can also exit early, by paying with clevCVX or CVX. However, in this case, a 5% repayment fee is due.

In other words, claiming your future yield is borrowing against your locked CVX. The beauty is that the yield pays off your loan. A bonus is that there is no liquidation risk. It’s simple, we have the value of the borrowed (clevCVX) and collateral (CVX) tokens. However, independently, they don’t vary. The clevCVX token can de-peg and end up with a lower value as CVX. But through arbitrage, it’s immediately leveled out again. This is in contrast to a lending protocol that requires collateral.

Furthermore, CLever doesn’t need oracles. Other lending protocols need an oracle to establish the price of the collateral. This creates extra attack surfaces and failure modes.

What Are the Costs of CLever?

One important thing is that there’s certainty in funding cost. As a result, CLever doesn’t charge any interest on borrowed clevCVX. However, they do charge 20% on all harvested yields. During the beta, this is only 3%! Just to cover the gas fees for the harvest transactions.

Once they launch the clevCVX liquidity, the beta version will stop. CLever will now split the 20% fee 50/50 between the clevCVX/CVX liquidity pool. They may also add a revenue-sharing system.

This is once more in contrast to other lending protocols. With an overcollateralized loan, you pay a variable rate. But the problem is that this can suddenly change. For instance, when liquidity enters or exits the system. So, it’s not possible to predict the borrowing cost. If there’s a spike in borrowing costs, it can force your loan into an unexpected liquidation. CLever doesn’t have that risk.

The clevCVX/CVX pool does also not have an impermanent loss. Because it’s an automated system, your CVX doesn’t just sit around. It’s always earning. The picture below gives you an idea of the growing popularity of CLever. After the most recent CVX unlocking, it shows what some of the largest holders did. From the 12 withdrawals, 3 were re-locked in CLever. Here is a list of the biggest CVX unlocking transactions:

CLever is a new protocol that gained quickly in popularity. Its TVL increased by no less than 1200% over just 30 days. Once you set yourself up with your CVX, it’s all automated, and you start earning.

According to CoinGecko, the current price of the CVX token is $5.88. The toke is up 128% over the last year. Also, there’s a max supply of 100 million tokens, and 65 million are in circulation. It has a market cap of $383.3 million. Various big exchanges offer this token. For example, Binance, Gate.io, KuCoin, FTX, and MEXC. 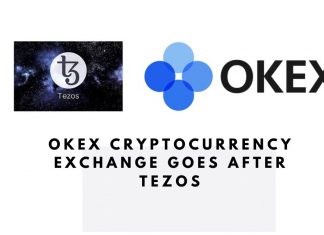 David Abel - November 5, 2019 0
The 3rd largest cryptocurrency exchange, OKEx has revealed it will start listing Tezos (XTZ) this week. Based on reports, OKEx will start accepting deposits of...