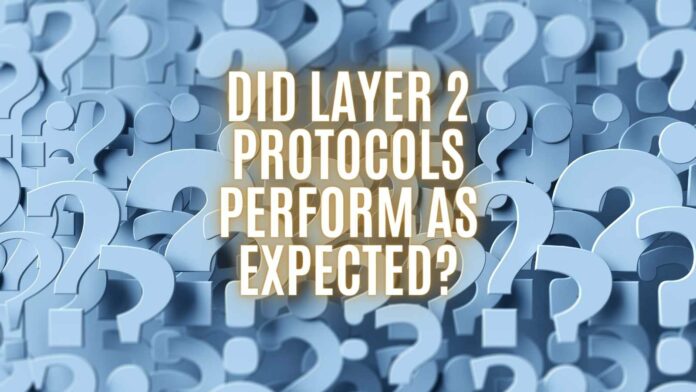 However, 2022 has not exactly gone according to plan for the industry. There have been scandals, market forces, and macroeconomic difficulties. Investors have lost over $2 trillion since the market peaked over a year ago. Surprisingly, Ethereum, the second-largest blockchain, is seeing a boom in network activity in its Layer 2 (L2) ecosystem despite the poor market condition.

How do the modern "Ethereum Killers" look like?
The Total Value Locked (TVL) of the entire market was over $180 billion at this point last year, the zenith of DeFi's expansion, but it is currently only $39.8 billion. pic.twitter.com/JethcYLkQH

An Introduction to Layer 2 Solutions

Ethereum was developed to serve as the foundation on which decentralized apps can be created. Scaling issues, however, plagued it. The Ethereum network easily gets congested during periods of high usage, which drives up transaction fees. $ETH is used to cover those transaction fees, and the price of dollar-denominated transaction costs grows along with the price of ETH. So, using Ethereum becomes more expensive as the blockchain gains popularity and adoption and as more crypto enthusiasts decide to buy and hold its tokens.

Layer 2 solutions emerged to figure out how to reduce the network load and resolve them. These L2 protocols use different techniques to divert transactions off the main network (L1 blockchain). This way, they enhance speed and drastically reduce costs before re-routing to the main blockchain. By definition, a Layer 2 solution is a distinct blockchain that extends a Layer 1 blockchain (for example, Ethereum) and inherits its security features.

Arbitrum, Polygon, and Optimism are three popular protocols that lead the way among Ethereum Layer 2 solutions. The amount of gas fees spent on transactions on Ethereum L2s recently reached an all-time high due to increased network activity.

Interestingly, the use of Layer 2 solutions has increased significantly as a result of numerous noteworthy developments that happened concurrently. According to Dune Analytics, more than $110.4 billion in gas has been spent on L2 transactions this month. About $110.7 billion was spent on transactions for the entire month of November.

Arbitrum is one of the best-known Layer 2 solutions in the blockchain industry. It is the largest L2 solution with a TVL of $1.02 billion, fostering Ethereum scaling and infrastructure growth.

OpenSea, the largest NFT marketplace, added support for Arbitrum-based NFTs in September this year. The upgrade had a doubling effect, causing the network’s transaction volumes to reach an all-time high.

Usually referred to as Ethereum’s “internet of blockchains,” Polygon is an L2 solution that aims to boost widespread blockchain adoption with its sidechains that can process 65,000 transactions per second and have block confirmation rates of under two seconds.

NFT usage and markets on Polygon have exploded in the past few months. An astonishing number of well-known traditional platforms and brands, such as Starbucks, Meta, and Reddit, chose Polygon as their Layer 2 solution as they aim to explore Web3 and NFTs. Polygon is also active in the blockchain gaming space.

According to DefiLlama, Optimism is the third-largest Ethereum Layer 2 protocol by TVL, with $503.12 million locked inside its smart contracts as of this writing. In the past few months, Optimism has experienced more than 90% growth in its entire value locked. The number of users adopting the network is rising dramatically. Both the number of daily network transactions and the number of unique addresses has recently reached new highs.

In September, Optimism initiated a program called “Optimism Quests,” which enables participants to earn NFTs for comprehending popular applications that run on the protocol, as well as completing related tasks. This is partially responsible for the rise in both current and new users of L2 solutions.

DefiLlama estimates that the total value locked (TVL) of the entire Ethereum ecosystem is $22.29 billion. In addition, the combined TVL of all Layer 2 protocols is around $6.04 billion, or roughly 15%. Ethereum’s TVL has been growing consistently. It appears that DeFi activities on Ethereum and its Layer 2 solutions have remained solid despite the bear market. 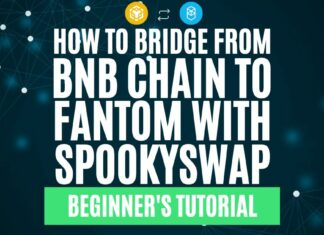 How to Bridge from BNB Chain to Fantom in SpookySwap

Camille Lemmens - December 26, 2022 0
One of the main features of SpookySwap is their interoperability. They bridge to eight other networks. This includes the BNB chain. Currently, you can...