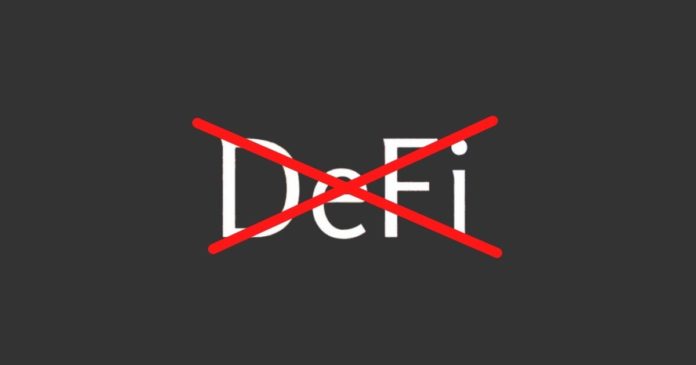 Estonia was once considered one of the most friendly spaces for the crypto community. But the country seems to be turning its back on the space with its new policies.

At some point, Estonia toyed with the idea of launching Estcoin, its national crypto token. Such plans were later thrown under the carpet. Estonia’s government cited its plans to align with the European Central Bank as the reason for its withdrawal. Despite that, the government of the Baltic nation hosted several token-based startups.

While the crypto world is blooming, several bad actors have also sprung up in the industry. These bad actors have led to several fraudulent activities. These scams have ripped users off their assets. Furthermore, many decentralized and non-custodial services allow users to stay anonymous. This has made tracking these criminals a difficult task. As a result, several countries are moving to tighten loose ends.

Estonia has now hinted at a new series of changes. These are changes to its definition of Virtual Asset Service Providers or VASPs. This will now include several cryptocurrency-related services. This move could severely affect Bitcoin ownership in the country.

The Estonian Ministry of Finance published a draft bill on September 21, 2021. The bill will introduce stricter regulations on the crypto industry. This is to prevent fraudulent activities like money laundering and terrorist funding activities.

Also, reports from Sumsub revealed that the legislation is in the interagency review process. Implementation will take place in February 2022. Furthermore, the bill gave regulated crypto companies until March 18, 2022, to ensure both paperwork and operations are compliant.

New DeFi CEO Mikko Ohtamaa shared a tweet where he interpreted the updated law. According to him, this will ensure the ban of non-custodial software wallets and decentralized finance products in Estonia. The new bill primarily targets VASPS, which includes crypto wallets and exchanges in Estonia.

Ohtamaa remarked that the bill would later include decentralized platforms. Initial coin offerings and other services will join the list once the bill is ready.

Also, a fine of $452,000 or 400,000 euros is a possible penalty for violators of the new guidelines. Users who open an anonymous account, savings book, or wallet are defaulters.

The New DeFi CEO also added that this new policy will rob citizens of ownership of their Bitcoin. According to him, Citizens would have to put their crypto assets in the custodial wallet. This means the assets will not remain theirs.

99% of transactions in Estonia occur digitally. The country is a known hub for fintech in Europe. Several FinTechs, from innovative startups such as Wise to Blockchain giant Guardtime, see Estonia as a global hub for FinTech.

Tallinn, Estonia’s booming startup capital city, is home to around half a million people. Tallinn aspires to rival London, Tokyo, and San Francisco as a fintech center in the future decade. This is all thanks to a combination of smart corporate and public sector partnerships. According to research, Tallinn has a fintech company for every day of the year except Christmas.

Studies show that Estonia has some of the highest ratios of startups per capita in Europe. A great proportion of these startups are fintech. Furthermore, the fintech sector accounts for 29% of new jobs in the country.

The country’s e-residency program (visa) is behind much of this increase. This kind of visa permits anyone to form a business in Estonia and run it from afar. It has attracted major foreign investment to the country, especially Tallinn.

How it Went Wrong

Estonia was among the first EU Member states to license cryptocurrency businesses. It later had to tighten its regulations.  Later on, authorities found hundreds of billions of dollars in illicit funds in Danske Bank. This put Estonia at the center of Europe’s biggest money-laundering scandal. That was the turning point.

As a result, the head of the Estonian Financial Intelligence Unit (FIU), Matis Mäeker, called on the government to reset the rules. He asked them to start licensing all over again.  Matis argued that the public needs education on the weak links in cryptocurrency. He said that crypto played different roles in financial crimes. He also pointed that hackers creep in unnoticed.

Dollar-pegged stablecoins may be the first to suffer from one of the regulatory policies. These assets come in handy during arbitrage between centralized and decentralized platforms and to lock in crypto games.

Furthermore, some, such as USDC, are only partially regulated and need KYC to open and use an account. Others, like USDT, DAI, and some decentralized stablecoins, are not regulated and rely on verified accounts for the final exchange.

In the future, stablecoins may face increased scrutiny. Also, US regulators are recruiting consultants to analyze the risks associated with stablecoins.

Most countries are now working diligently on potential crypto industry rules. These countries will follow FATF-approved anti-money laundering principles. This looks like what Estonia has suggested in its draft bill. Furthermore, South Korea, the United Kingdom, and many other European countries have already done so. 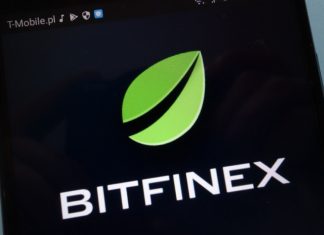 Ifeanyi - April 28, 2019 0
Two of Bitfinex shareholders have revealed that despite the New York Attorney General’s allegations, which were fraud allegations regarding the crypto exchange and Tether,...

3 Reasons Why Binance Is the Best CEX