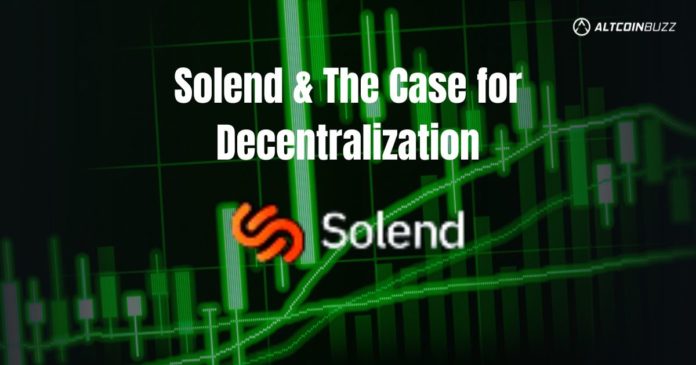 Crypto traders and investors have been in a state of constant panic following the failure of several high-profile projects. At first, it was Do Kwon’s UST and later 3AC. However, the Solana-based protocol Solend almost became the next liquidated project.

Solend is a decentralized lending protocol on Solana. The platform narrowly escaped having 95% of the SOL deposits in its lending pool liquidated. The money market app is attempting to fix an exposure from a whale holding about 5.7M SOL. This is worth about $215.7M based on reports from governance proposals.

A tweet from Rooter, Solana’s co-founder read, ” a whale has a massive position of $170M SOL deposited and $108M stables borrowed. they’re currently 95% of the SOL deposits and 86% of USDC borrows.” 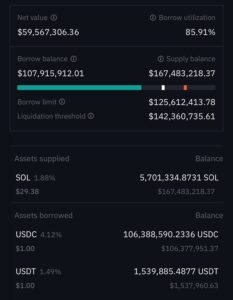 More Details on the Solend Saga

Solend’s community has worked hard to erect plans to control the whale’s account. However, this move seems to oppose the basic notion of decentralization. The network is currently debating a third proposal to implement account limits that will gradually liquidate borrowed positions that exceed $50M.

🚨BREAKING: $SOL Is about to get liquidated

And to prevent this they are proposing to literally steal the user's funds and execute OTC trades:#liquidation #Solana pic.twitter.com/RLmgSAJZyQ

The DeFi market is still being shaken by liquidation fears, hence the scramble from Solend’s community to prevent another dramatic event. In the past seven days, the value of Solend’s token, SLND, has decreased by roughly 16%. Solend would have had nearly no $SOL if the price of $SOL had kept falling and the $21 million in SOL used as collateral for the loan had been liquidated. The co-founder of the project argued that the haste to acquire so much SOL for a discount may have caused the $2.6 billion Solana network to crash.

Solend’s co-founder Rooter, wrote about the situation in a blog post, “This could cause chaos, putting strain on the Solana network. Liquidators would be especially active and spamming the liquidate function, which has been known to be a factor causing Solana to go down in the past.”

Recently, the whale borrower transferred $25 million in USDC debt to Mango Markets, a lending protocol on Solana. This move was a temporary relief to Solend as it lowered its risks. It’s unclear why the whale decided to start transferring funds now, but it might have something to do with how the governance vote to take over the account turned out. In any event, the action gives people concerned about future losses in the Solana network some comfort.

Most people blame whales for the volatility in the cryptocurrency markets. It is vital to keep in mind that, even though they can significantly affect prices, they are nevertheless subject to the same market dynamics as everyone else.

What Solend’s Crash Would Have Meant

Thankfully, things look far from a disastrous ending. However, Solend’s recent scare is a cause of concern. It casts doubt on the long-term future of many DeFi protocols. Miles Deutscher, a crypto analyst, and investor, described Solend’s threat of liquidation as the most intriguing of all the recent events.

The potential consequence of liquidation would have led to the following:

Solana has a history of downtime caused by on-chain liquidations like this (but 100x bigger this time). It's extremely risky for everyone involved.

In the future, on-chain OTC auctions should be implemented as the preferred method for liquidating large positions.

Solend’s face-off with liquidation presented fresh questions worth answering. This issue follows recent instability concerns on Solana, which increases the potential of users’ funds being vulnerable due to high slippage when looking to sell. A liquidation of Solend’s size could have been chaotic for the entire crypto market.

The Continued Quest for True Decentralization

Solend’s attempt to take over the whale account would have appeared to be a bigger blow as it defeats the concept of decentralization which makes the DeFi space different from the traditional banking system.

In Miles’ words, “If we learned anything from the Celsius and 3AC situations, it’s that on-chain transparency is a much-needed component of the crypto-financial ecosystem. This is the exact problem that DeFi is intended to solve.”

However, despite the backlash the proposal received, about 97.5% voted “yes” to the forced takeover. It turns out that just one user cast more than 90% of the votes. An individual had the power to decide what would happen to $270 million in user assets. This appears to be a loophole in the system as voting power is decided by a person’s DAO holdings.

The proposal passed with 1.15 million votes in support and 30,101 votes against.

One single voter provided 1 million of the "yes" votes, passing the proposal. pic.twitter.com/tlgb7z3AWm

The community became even more divided as a result of this. So, Solend hastily issued a new proposal to invalidate the previous proposal and extend governance voting time to one day to correct their error.

The proposal to invalidate the first vote led to more questions even though it looked like the right step to take. Many began to ask, “What is the use of a DAO if proposal outcomes aren’t followed?

The first proposal was inherently flawed and far too susceptible to manipulation by one individual. However, a DAO’s purported authority is also rendered ineffective by canceling the proposal. It was almost a case of decentralization degradation.

This situation draws attention once more to Solend’s centralization issues. For example, controlling user finances goes against the spirit of decentralization and is not acceptable. The repercussions of this situation seem to affect Solend more than $SOL. However, we recommend that you keep a close eye on the token. Nevertheless, it does call our attention to the growing conversation about decentralization.

In Miles Deutscher’s words, ” This is the classic case of need vs want in crypto. What we WANT is decentralization, but what we NEED (in this case) is user protection. Striving for a healthy balance between the two is what we need to progress as an industry.”

20/ This is the classic case of need vs want in crypto. What we WANT is decentralisation, but what we NEED (in this case) is user protection.

Striving for a healthy balance between the two is what we need to progress as an industry.

⬆️Find the most undervalued gems, up-to-date research and NFT buys with Altcoin Buzz Access. Join us for $99 per month now 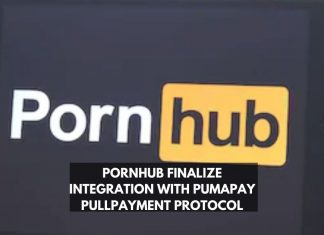 Circle Lays off 10 percent of its Staff cites Market Regulatory...