Home DeFi Stablecoins Will Usher in A New Wave of Adoption 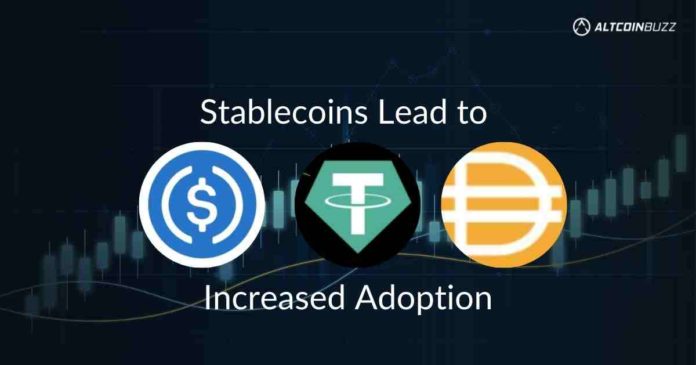 Stablecoins are widely considered one of the biggest inventions in the blockchain world. Undoubtedly, the influence of these coins on crypto users has been phenomenal. For several reasons, stablecoins are the bridge connecting the crypto industry to the real world.

Over the last few months, the U.S. Securities and Exchange Commission has sought ways to enforce regulations on the crypto market. However, many people believe that these regulations are mostly aimed at stablecoins, which are directly pegged to the dollar. The SEC wouldn’t waste a moment pondering over stablecoins if they didn’t consider them important.

Last year, Jerome Powell, chair of the Federal Reserve, voiced his concerns over the growing popularity of stablecoins around the globe. In response to stablecoins’ fame, nations around the world began conversations about exploring a central bank digital currency (CBDC). The attention given to these digital assets proves that they are a huge part of the modern-day financial sector.

A stablecoin is a digital asset with the goal of maintaining a similar value to a stable asset. The US dollar remains the most popular asset. These coins are designed to incorporate the technological abilities of digital assets while also offering a solution to the price fluctuations that have traditionally characterized major cryptocurrencies such as Ethereum and Bitcoin.

This way, people can enjoy the full benefits of blockchain, including smart contracts, while retaining a consistent price. There are primarily four types of stablecoins:

2/ Stablecoins are fundamentally a simple concept

This results a superior form of fiat:

According to statistics collected by The Block, the supply of stablecoins circulating on public blockchains totaled more than $180 billion by April 26. This was a 112% increase from $85 billion a year ago. Although the US dollar backs the vast bulk of stablecoins, crypto-backed and algorithmic stablecoin supplies have increased in the last year, from $9.6 billion to $34.09 billion.

This growth in demand mirrors how much people are flocking to stablecoins because of their store of value. With Bitcoin struggling to recover to its best, many traders believe stablecoins now offer more safety than any other token.

According to podcaster and community ambassador for Chainlink, ChainLinkGod, “stablecoins are the Trojan Horse that will bring smart contracts to the masses. Once you experience the benefits firsthand, there is simply no going back”

Stablecoin adoption is growing, which could help promote the use of cryptos as a means of exchange for everyday monetary operations and other uses. Stablecoins have huge potential. People can use them to engage in commerce over blockchain networks and different platforms. These digital coins can usher in a new wave of crypto adoption.

11/ Regardless of what the uncertain future of stablecoins will look like, one thing is true

Once you experience the benefits firsthand, there is simply no going back

In a thread posted on Twitter, he continues with a scenario where stablecoins would have gained global adoption due to soaring demand. Furthermore, stablecoins could help trigger a society where value flows freely between individuals without current restrictions.

24/ Ultimately, the end-result is a more trust-minimized society where people can exchange value freely

Crypto as a whole isn’t quite mainstream ready, but stablecoins are the most clear use-case that already meets real-world user demand today

As more institutions adopt these coins, others will move to do the same. However, this massive adoption would also show the need and importance of smart contracts. Current paper-based agreements will be phased out in favor of deterministic smart contracts. The end result would make value flow completely frictionless.

There is a possibility that merchants around the world could adopt stablecoins due to their growing popularity. Visa will undoubtedly spring into action when the time comes. This way, Stablecoins will slip into the global economy alongside smart contracts. Platforms such as Chainlink would come in handy at this point. Chainlink is one of the leading oracles in the crypto space. As a result, it has a part to play when stablecoins reach global acceptance.

In conclusion, the crypto space is still figuring things out. However, stablecoins appear to have the potential to raise more awareness as they have real-world use.