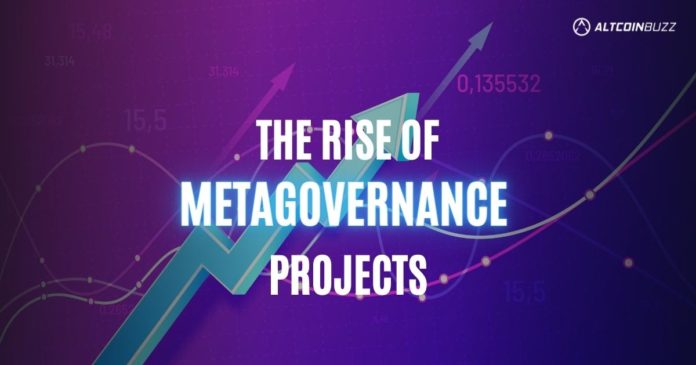 Recently, a new category of crypto, named Metagovernance, has emerged on CoinGecko. Despite comprising only three tokens, its market cap has been increasing drastically. Today, we discuss on what Metagovernance means, along with the reasons for its meteoric rise.

Currently, Convex ($CVX) reigns as the largest market cap token in the Metagovernance category. As of today, it is up 14.7% and its price is at $7.31. But, what does Convex Finance do for its users?

Basically, Convex is a platform for boosting rewards on Curve Finance. Its target audience includes:

In addition, Convex aims to simplify the liquidity provisioning and $CRV staking processes. But, why is Convex needed? Why can’t I just provide liquidity or stake directly on Curve?

Let’s look at this from the perspective of an LP. If you deposit liquidity directly on Curve, you will need to lock $CRV to get boosted rewards. But, if you deposit your liquidity on Convex, you can enjoy boosted rewards without locking $CRV. This is because Convex already owns a large amount of $CRV. As an LP, you are “piggy-backing” off Convex’s $CRV bags for boosted rates.

Now, consider this if you’re a $CRV staker. You could either:

The choice is obvious here, especially if you’re not a $CRV whale.

Yet today, the Metagovernance category of Coingecko only comprises “DAO #1”- type of tokens. This leads us to our next question. What makes tokens such as $CVX valuable?

The Rise of Metagovernance Projects

The main utility of tokens like $CVX is for governance. The more $CVX you hold, the more say you’ll have in the Metagovernance of Curve and other projects. It also acts as a reward token for users of Convex.

Now, why did the prices of these projects ($CVX, $BTRFLY, and $INDEX) increase so much this month? In my opinion, there could be three main reasons:

3. The project has benefited from the current narrative. With the bankruptcy of Celsius and many other centralized crypto institutions, DeFi is slowly regaining public confidence. This means that retail is looking to deposit their crypto in places like Aave, Compound, and Curve. Naturally, Metagovernance projects like Convex would also catch their eye.

To summarize, the list of Metagovernance projects will only expand in the future. Indeed, there are more than just three projects in the market today. Terra’s Apollo DAO, Avalanche’s Vector Finance, and Fantom’s Volta DAO are all examples of such projects.

In addition, their use cases will expand as well beyond just attracting users and liquidity. Well, what else could Metagovernance projects do? To find out more, you’ll just have to keep up with the blistering pace of DeFi.

Daniel Abel - March 24, 2021 0
In a bid to continue dominating, as well as to remain relevant in the decentralized finance (DeFi) space, popular decentralized exchange (DEX) Uniswap has...