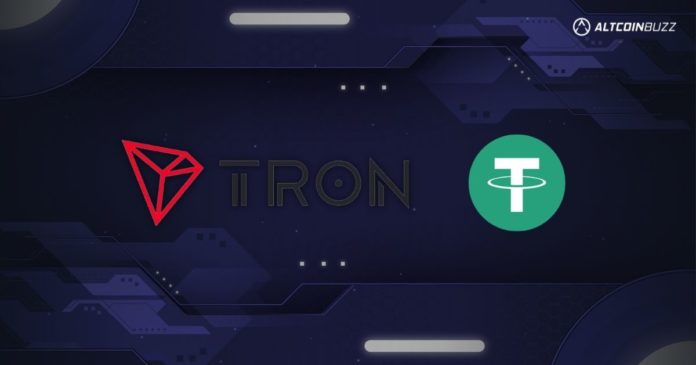 Tron might not boast an intimidating presence like Terra or Solana. But crypto users know best not to underestimate the platform. Launched in 2017, Tron is building a thriving ecosystem and has welcomed several innovations. The platform’s presence within the crypto space is steadily spreading and becoming notable.

Tron is a delegated proof-of-stake blockchain with over 80 million user accounts. Tron has processed over three billion transactions since its inception. These days, the network accounts for the bulk of the USDT in circulation. Recent data shows that Tron has overtaken Ethereum as the largest network and issuer of USDT.

The number of Tron addresses holding the USDT token exceeds 12 million. Also, Tron’s USDT has reached 41 billion. This figure is all thanks to the robust and active userbase on Tron. In recent months, Tron’s efficiency, affordability, and security are key reasons for the platform’s blistering growth. So the USDT-TRON 1 USDT handling fee is one of the crypto user’s best options for blockchain transactions. 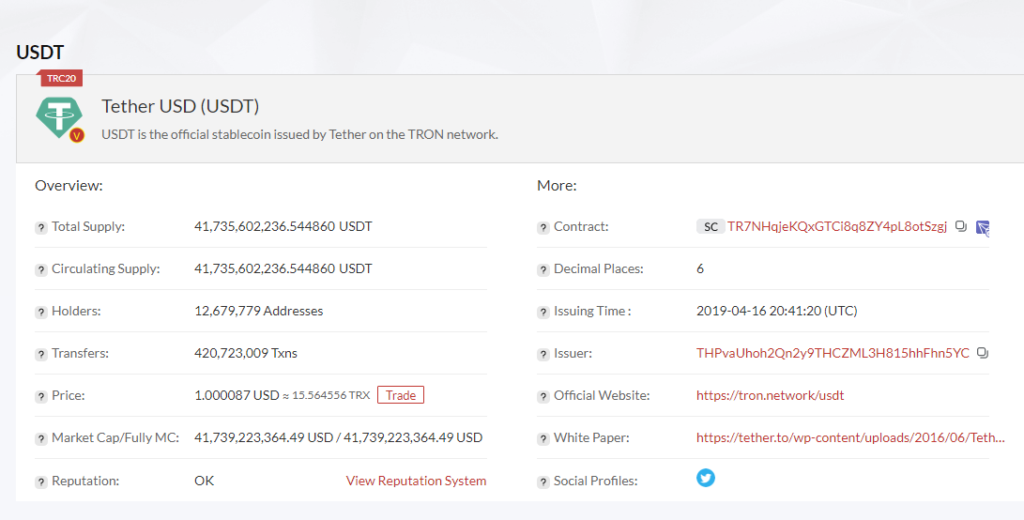 What’s Behind This Growth?

Stablecoins act as a link between the blockchain and the traditional world. Stablecoins have soared in popularity over the last few months. In terms of market capitalization, USDT ranks among the top five, alongside USDC. USDT’s growth on Tron is traceable to the platform’s newly found presence in the DeFi market. Tron has strengthened its investments in DeFi and maintains a high focus on stablecoins.

Tron has built a complete DeFi ecosystem that includes a series of DeFi services. These include lending, DEX, and liquidity mining. In addition, the platform supports cross-chain assets, stablecoins, and governance mining.

Tron recently announced the pending launch of a new stablecoin early next month. The network said it would launch the USDD stablecoin (U.S. Decentralized Dollar) on Tron’s network on May 5. The news piqued the interest of investors, and Tron rose 7% shortly after the announcement. Many experts believe the stablecoin launch will herald a new season for Tron.

(1/2)😎Stablecoins have entered a new era!

📅#USDD on #TRON will be issued and enter circulation on May 5, 2022. pic.twitter.com/va3muw4sMG

Tron’s stablecoin will be algorithmically backed in the same way that Terra’s TerraUSD is. Furthermore, TerraUSD’s success has been a disruptive force for the Terra network. To maintain price stability, algorithmic stablecoins rely on the underlying supply and demand principle. Terra usually pays an annual percentage yield (APY) of 19.5 percent on TerraUSD held in its Anchor Protocol. But, Tron is raising the stakes by offering 30% interest on USDD

In addition, TronDAO will make provision for collateral for the USDD stablecoin. According to reports, the DAO will provide custody reserves of up to $10 billion in highly liquid assets. This would act as collateral for the newly formed coin. 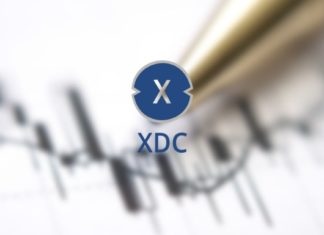 Why This Fan Token Will Get Hype on Binance Launchpad?