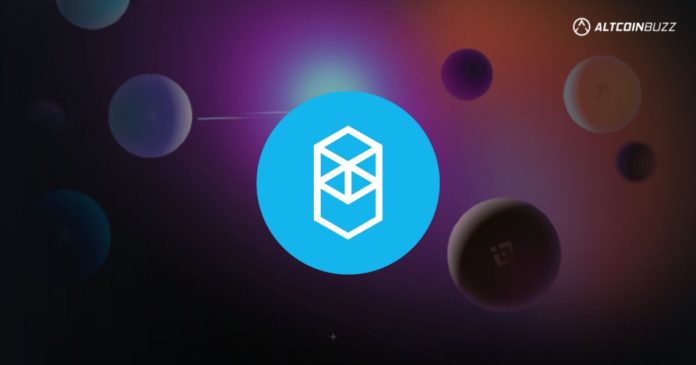 The aftermath of Terra’s downfall is still rippling across the crypto community, with altcoins struggling to recover from the May Crash. While the majority of cryptocurrencies have been able to preserve themselves, In the case of Fantom, this blockchain has also been completely unsuccessful.

Fantom had reached a new all-time high earlier this year in January but has subsequently plummeted down the rankings like a boulder on a hill. Therefore, in this article, you will discover if this blockchain can survive this bear market.

Where did it go Wrong for Fantom?

Fantom is an enticing smart contract platform to improve scalability issues and transaction costs that plague existing blockchain technology. It aims to offer an enhanced blockchain platform for developers and regular users. However, it is currently undergoing a fall from grace. While many investors see Fantom’s poor form as a good time to purchase its token, holders are growing increasingly concerned.

Therefore, Fantom went down for a variety of reasons, including the departure of Fantom developers Andre Cronje and Anton Nell. Their absence resulted in a dip in Fantom’s TVL following the announcement. However, Fantom stated that the duo was not core developers and that the Fantom foundation would continue to exist.

Moreover, some Fantom-based protocols suffered an attack, leading to a further decline in Fantom’s reputation. Many holders and users lost faith in the project. As a result, the $FTM token plummeted.

Will $FTM Survive the Bear Market?

$FTM’s fate is on everyone’s mind. Investors and holders are speculating on the token’s chances of survival. However, a crypto engineer and founder of passive income crypto, who is identified as the Passive IncomeCoach on Twitter, believes $FTM has the potential to rise again. At the time of the thread, $FTM was 88% away from its all-time high, and the web3 consultant pinned this crash to two main things:

Events that caused $FTM to be down 88% from ATH

While the whole market was crashing, there were 2 significant events that further exacerbated $FTM price crash

However, the crypto coach believes that these events merely temporarily affected $FTM’s price not the fundamentals of the protocol.

– The above events are what I call "step function crashes", one-off events that affect the short-term price of a token but do NOT change the fundamentals of the protocol.

According to the tweet, the following data points are reasons to be bullish on Fantom:

On the other hand, in terms of its gas fees, $FTM has one of the lowest gas fees out of all the layer 1’s. The platform’s gas fees were further reduced following the SnapSync update in March 2022. The update improved Fantom’s network congestion and reliability.

Wallet Growth and Other Factors

Despite being down by more than 80% from its all-time high, the number of new $FTM wallet addresses is constantly increasing. Fantom has gained about 3.2 million unique wallet addresses and is expanding at a rate of roughly 3,500 new wallet addresses per day. This shows that interest in the project has not completely dwindled.

The number of $FTM wallets is increasing as well as the number of active users. Despite the present bear market, Fantom sees about 800k $FTM transactions each day on average. This figure is about a 20% difference between $ETH 1M/day and $ETH 1M/day.

Although Fantom’s market cap is relatively low, it makes up for it on its TVL ($1.14b). When compared to another layer one platforms, Fantom has a lot of money stored up. This leaves room for further growth of its market cap.

Another reason to be hopeful of Fantom’s revival is the number of top-quality projects launched on the platform. According to the tweet, FTM constantly witnesses innovations compared to other L1s. These include:

Compared to other L1's, we see constant innovation built on the $FTM network, including:

These factors are some reasons to believe in Fantom’s future.

Based on the tweet, here are the LPs to consider:

The bear market is nothing unusual in the crypto space. So, there are many possibilities that FTM will bounce back. However, staying updated on events and studying on-chain metrics would help you decide the level of commitment and investment to make in the token.

Ezekiel Ng - August 3, 2019 0
The blockchain gaming industry is rapidly growing, and with billions of dollars waiting to be grabbed each year. The interest generated in game development,...

What Is the Impact for Anchor Having sAVAX as Collateral?

How To Use The Yoroi Wallet