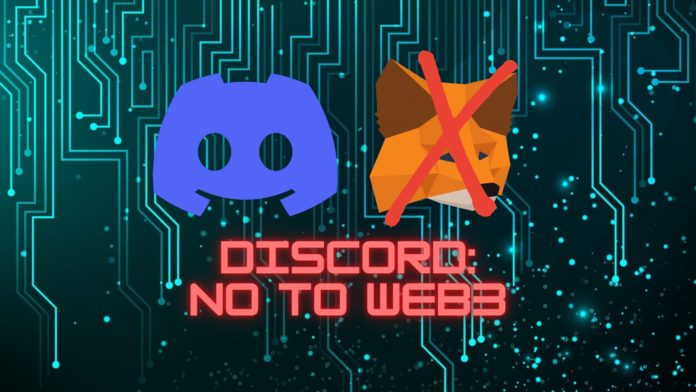 The responses to this tweet were not positive, to say the least. In response to the backlash from Twitter, Citron backtracked, saying this was not in Discord’s immediate plans:

Thanks for all the perspectives everyone. We have no current plans to ship this internal concept. For now we're focused on protecting users from spam, scams and fraud. Web3 has lots of good but also lots of problems we need to work through at our scale. More soon.

Why Did Discord Backtrack So Fast?

Let’s be real, there are loads of problems currently with NFTs and Web3. There is plenty of ammunition for Crypto/NFT haters to use when mainstream companies try to bridge the gap. While some are perfectly valid, some arguments have little credence but the echo chamber that is Twitter carries them anyways. Popular arguments include:

Some are valid arguments, while others show their lack of understanding of the space in general.

Implementing NFTs in discord would result in bad PR, and a drop in Nitro subscriptions as a large amount of people cancel. NFTs cause environmental damage, and are mainly used for tax evasion&money laundering. The entire thing is a ponzi scheme. Do not connect discord to this.

Environmental Concerns are a Major Issue

Of course, one of the biggest issues with NFTs and Cryptocurrency is the amount of energy it consumes. The Ethereum network consumes a lot of energy at this point, no one can dispute that. According to Statista, 1 ETH transaction consumes more energy than 100,000 VISA Transactions. And of course, the majority of NFT transactions occur on the ETH network.

But what is the counter-argument?

Ethereum is slowly moving to a proof of stake system, which should in theory reduce emissions to zero. There are also proof of stake NFT alternatives, though their marketplaces are not as popular. So with other options available, and the solution to ETH’s problem hopefully arriving sometime in 2022, these arguments should eventually go by the wayside.

Are the Rest of the Arguments Valid?

Whenever NFTs are in the news, so are the arguments that the space is made of scammers, money launderers, and thieves.

Man, can't wait to tell my friends that Discord is encouraging pyramid schemes at grand cost to the environment, and persuading them to cancel their Nitro subscriptions and use competing platforms. Thanks for the heads up!

Another common argument brought up to disparage the NFT space is the idea that every collection is either a Ponzi scheme or a pyramid scheme.

But, It Seems Like the Definitions of These Schemes Are Lost on Some People

Though schemes that may resemble it are prevalent in the space, Ponzi schemes involve you locking money with an investor. This investor pays your returns with investments made by new investors. But NFTs differ from this in the fact that we sell them on the free market. I can post my illiquid jpeg/asset at any point, and for any price, and any buyer can come in and liquidate that asset for me. The creator of the NFT is not recruiting new buyers to cover the returns they promised to me. They are simply recruiting new buyers to market their product to other new buyers in the space. There is no money flow to the top, like in a Pyramid scheme, aside from Royalties which is typically a good thing for creators.

This idea that there is a Web3 Bernie Madoff or Jan Lewan ripping off investors is something only really possible in Web2 finance worlds and is an echo chamber specialty on Twitter.

NFTs are speculative assets that are inherently more risky than other speculative assets. The asset class is new and volatile. As such, these collections may seem like Ponzi or pyramid schemes to an unaware buyer. But when you actually look into these claims, they are mostly baseless and anecdotal.

Did Discord Jump the Gun?

Maybe Web2 natives aren’t ready to make that full jump yet. While environmental concerns are most definitely an issue, it seems foolish to stifle innovation when solutions to the problems presented are on the way. It will be very interesting to see how other companies who were planning on integrating ETH wallets into their platform respond. Reddit, Tik Tok, and Twitter were all rumored to have MetaMask integration by the end of the year.

It took years for tech platforms to openly talk about crypto, yet in the last 2 months or so we've had Tik Tok, Reddit, Twitter, Facebook, Epic and Discord all announce that they're working with NFTs.

just a wave of probably nothing events

But with how the Discord community has reacted, how do you think they will respond? Leave a comment below or on Twitter with your thoughts. 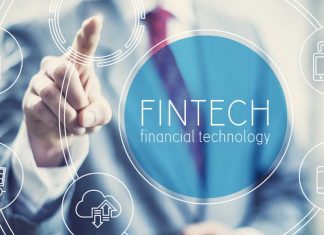 Ifeanyi - July 3, 2019 0
Over the last ten years, the Fintech industry has grown tremendously and a lot of the credit should be given to innovators who worked...