Starting off as a free mint, the goblin town NFT launched during a bear market has taken the internet by storm. Currently, it sits at a floor price of 3.37ETH at the time of writing. Degen holders who hold on to their Goblins are in the money.

Following the successful launch of Goblin Town, many NFT collections are following in its footsteps. These include AI night birds, and Eltown.wtf, Goblingrlz, and more. Riding on the trend of free mints during a bear market, these collections have appreciated in value. In hindsight, I should have aped into Goblin Town NFT. However, easier said than done, so how then do we learn from the past and profit from future free mint/degen plays?

What led to the craze over free mints that flooded crypto twitter?

Goblin Town was launched during the start of a bear market when there is extreme fear and volatility. The project has no roadmap or utility but it has a narrative that people strongly relate to. On their website, it gave advice which states ‘Don’t be fucking greedy. That’s how we got ourselves here.’ A short but powerful statement that encapsulates recent market events. Since its launch, the project gained traction and recognition for offering value to the community first. This is unlike most projects which require us to pay for minting fees first before we get anything. This shift in NFT value provision has also led to a ripple effect on other free mints collections. Several of these collections mentioned above have done notably well.

How then do you identify and profit from a free mint/degen play?

These are the list of resources that I have recently used to identify the next promising NFT project.

Given these resources, once you have identified the project you like, you can purchase a few of them, each with different purpose. One of them could be used to cover the costs of minting while another can be used as a long term hold on bullish projects. It is important to always adopt good NFT practices and be cognizant of the potential red flags. This is especially important given the prevalence of NFT scams. 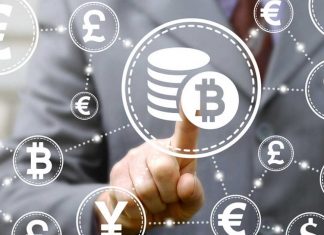 Endowments Have Entered the Crypto Space

Chris Perrotta - April 18, 2019 0
According to a survey of 150 endowments, 94% of them have invested in crypto-related initiatives in the past 12 months. Based on research performed by...

The Ultimate Guide to Mine Bitcoin