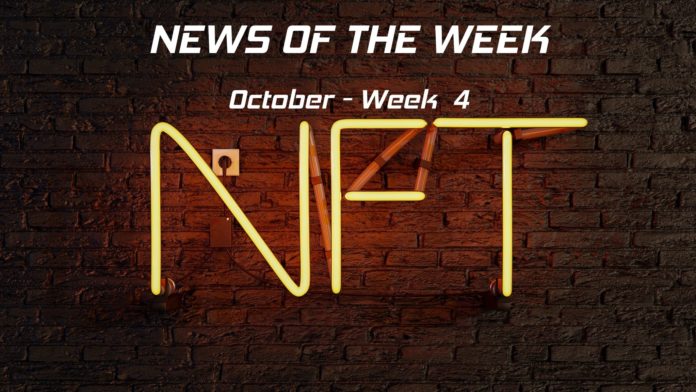 The NFT sector is becoming more and more dynamic, which is having more and more exciting developments. Therefore, in this article, we would like to summarize the most important news about the sector.

On Thursday, Facebook announced that they are rebranding to Meta, indicating they are going all-in on the Metaverse. You can read about the Metaverse.

Announcing @Meta — the Facebook company’s new name. Meta is helping to build the metaverse, a place where we’ll play and connect in 3D. Welcome to the next chapter of social connection. pic.twitter.com/ywSJPLsCoD

This news has not gone over great in the crypto/NFT world. With plenty of influencers and prominent Twitter users voicing their distaste and potential worries with massive companies entering such a new space. Some even thought this wasn’t even news at all!

It’s just the parent company changing their name. Who cares IMO. How many people would be this interested if Alphabet had a corporate name change? Good for the memes, that’s about it 😆

Zuck opening with “meta” and closing with a “probably nothing”, feels like the NFT community got collectively stabbed in the eye with an icepick.

@gmoneyNFT sees a different side to this news:

1/ Make no mistake about it. Facebook rebranding to Meta is exactly what we want. Zuck sees the same future we do. It means we're right. He knows what's at stake.https://t.co/okGgD4ysN0

Also, mainstream adoption is not a bad thing, that is, if it’s handled correctly. Facebook/Meta coming in and adding credibility and resources to the space is a perfect thing. This only validates that people in the NFT space were right since the beginning.

Zuckerberg said that Facebook will spend $10 billion this year on the metaverse, and that this number will go up every year.

Imagine how big the metaverse opportunity is if FB, with an army of analysts, believes it will get a great ROI on $200b.

Of course, Meta is a massive conglomerate with their profits as the first and foremost issue on their minds. They see the Metaverse as an opportunity to make insane profits. Therefore, we have to be very aware of what Meta is doing, but you are also allowed to be excited about the influx of resources and people they will bring to the space.

As we mentioned in the Mints of the Week preview article, ETH gas fees have been sky high the last week, and that is running its toll on the NFT market.

A common happening these days, ETH gas fees are often higher than the cost of the NFT itself. The average trader is not going to accept a transaction that is double the price than they anticipated. Also, the average trader can’t afford blue-chip collections. This leads to more groups releasing and flopping when no one is willing to pay the required gas to mint. This may be terrible for the short term, but it will take your finger off the doomsday button and think a long time.

The effect of consistently high gas is short term bearish behavior in the NFT market.

The CAUSE of consistently high gas is incredibly bullish though.

The cause is increased demand.

Ethereum will scale; this is a marathon, not a sprint.

Read the full breakdown of the Punk #9998 saga, but this, at first look, is an absurd sale that happened on Thursdays night.

Seemingly selling for over USD 500 million, this would have not only been the largest NFT sale ever but adjusted for inflation. This would have been the highest price paid for a piece of art ever.

Of course, this was too good to be true.

Using a Flash Loan, the holder bought and sold the punk to themselves. An elaborate publicity stunt that caught the attention of all Twitter was nothing more than that. “Flash Punk” will now be forever known as the CryptoPunk that sold but also didn’t sell for USD 500 million.

Finally, some news to keep your eyes on for the end of the year, the Coinbase NFT marketplace. This isn’t recent news per se, originally announced on October 12th, but as pre-registrations increase by the day, keeps your eyes on this:

Insane pre-registration numbers for Coinbase already. With 259,000 monthly active users and those users spending 627,000 ETH (USD 2.69B) on Opensea, imagine the inflow Coinbase will bring to the NFT marketplace.

Incredibly bullish news that all NFT holders should be ecstatic about. 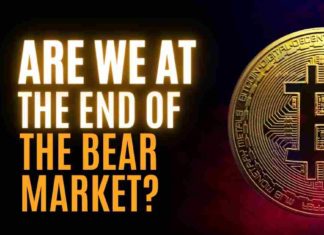 Are We Seeing The End of The Crypto Bear Market?

Racheal - August 9, 2022 0
2022 started on a pretty rocky note for the entire cryptocurrency space. While the bear market isn’t a new phenomenon in the crypto space,...