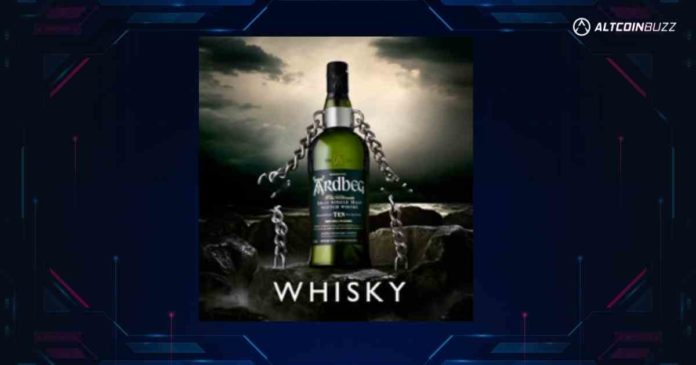 Who doesn’t like a good Scottish single malt whiskey? Quite a few among us. Each one is distinct and different from other single malts. Almost like an NFT, right? So, talking about NFTs, the Ardbeg distillery in Islay is now selling an exclusive single malt as an NFT.

Their Ardbeg Fon Fhòid, which is Scots Gaelic for ‘under the turf’, is soon up for sale. It’s an exclusive batch of only 456 bottles as an Ardbeg NFT. Collectibles come December 1st, 2022, just in time for good old Santa Claus. Let’s take a look at what is brewing up in Scotland.

A Single Malt as an Arbeg NFT?

Faigh a-mach às an seo. That’s along the lines of ‘get out of here’ in Scots Gaelic. But, no, really, this is precisely what the Ardbeg distillery is doing. Come April 19th, 2022, you can buy an exclusive Ardbeg Fon Fhòid on Blockbar.com. This is an NFT marketplace; however, they offer spirits and luxury wines.

The idea behind this single malt is interesting. The distillery dug a hole in peat and buried two casks of whiskey in it. After two years and 10 months, they dug it up. It matured for another couple of years in the warehouse. Now it’s a 45.5% ABV bottle. Or 70cl of single malt heaven.

For just 1 ETH or fiat, you become the owner of this exclusive single malt. For all its merits, please watch the video above! But according to Ardbeg, it is a great single malt with a unique taste.

So, this 1 ETH will give you an NFT. The blockchain proves your digital ownership. Come December 1st, you can pick up the actual bottle at BlockBar. They have a secure storage facility in Singapore. Alternatively, you can trade the NFT, display it in a virtual bar or use it as a gift.

To sum up, a great idea on how to make use of an NFT. It opens a new market segment of luxury goods. Although, they are not alone. They are following in the footsteps of Hennessy, Glenfiddich, Kinsale, and Macallan among others. Furthermore, Maker’s Mark is the official bourbon partner of an NFT collection.

Nonetheless, the rather conservative whiskey market isn’t pleased. As darlings of the whiskey market, Ardbeg managed to ruffle some feathers. All the more reason to support Ardbeg and get your hands on a bottle. Just don’t drink and drive! Or drink and go on social media! That’s how we ended up with hodl! 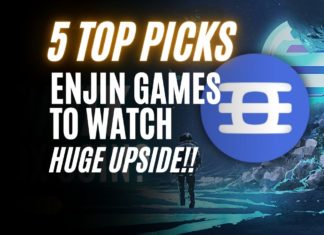 Victor - January 2, 2022 1
Enjin, the ERC-1155 NFT standard creator, has grown to become one of the largest game/app NFT networks in the world. The ecosystem is buzzing...

Binance Versus Binance US, a Comparison