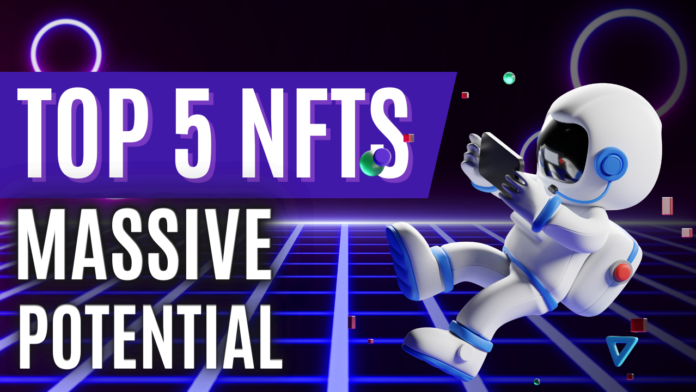 Let me tell you, grinding my way through the NFT market, experiment, getting burnt, and doing it all over again? It’s rather tiresome. That’s why I have some potential blue chip NFTs lined up for you. You pay a higher entry, but for already proven projects.

So, no need to grind, instead, you enter a potential blue chip or a collection that is part of an established blue chip collection. I have a few higher priced ones and a few mid priced NFT collections. Read on until the end, since they are well worth it.

We’re kicking this off with a real degen project, Rekt Guy. At the current floor of 0.82 ETH, you probably ask if I’m mad to buy this. But let me re-assure you, yes, I’m mad, and yes, this is a good buy. And I will also tell you why. One reason is that sales went up like mad over the last 3 weeks.

Daily @rektguyNFT thread today will be shorter than usual, but nonetheless fulfilling!

But what is even more impressive, is that Snoop Dogg supported one of these PFPs as profile picture for a while. He also supported the project in different ways. To clarify, that was already back in May-June this year. His NFT alter ego, Cozomo de’ Medici also got involved.

The team is also killing it when they’re on the road. They travelled to the various NFT shows, and just represented and as I said before, killed it. For example, NYT NFT, NFT art Basel, or Paris NFT.

Also, many of the top collections like Yuga Labs hold one or more Rekt Guys. Furthermore, they have a strong community. For instance, their Discord, is full of good Alpha. Among others, they have the Wrecked Guys confessions thread. It’s unique to them.

OSF is the artist and creator of the project. He’s a well-known NFT artist and trader/collector. And here we are, it’s a high entry, maybe above your budget. But this is a long-term investment. Come to think of it, that this was a free mint. This mint stopped at 8814 NFT out of 11K available. So, let’s not dwell on that and move on to project # 2, Beanz.

Been curating some rare/aesthetic @rektguyNFT for the personal vault recently.

Here's where we're at so far! pic.twitter.com/qbKcIBGaPA

Beanz is another project, with the current floor just under 1 ETH. To be precise, it’s at 0.94 ETH. They are a secondary collection of Azuki. That’s the collection that started the anime NFT frenzy. The Beanz are sidekicks of the Azuki, whose floor is at 12.04 ETH. Compared to 31.8 ETH as the ATH.

Get your art supplies ready and show us your best (or worst) ugly sweater designs.

Still, the Beanz entry point is over 1000 bucks, but you get something in return. Good NFTs don’t stay at $50 or $100, they grow to $1000 and above. So, with the Beanz, you have a perfect entry into the same ecosystem as Azuki. There are twelve different Beanz. In general, they’re social and like sidekicks to the Azuki. For instance:

There are a total of 19.950 Beanz, but only 5% are up for sale. Many celebrities who invested in crypto at the top got an Azuki. They hold this as a memoir. So, instead of paying 13 ETH for an Azuki, you will become part of their Twitter and Discord for just under 1 ETH.

This will put you in a prime position for upcoming new projects to get a WL role. Or who knows, maybe even NFT or token airdrops. Just for being guilty by association. New projects are keen to collaborate with established projects. So, you will be in the driver’s seat.

Tell me, is this within your price range or are you willing to invest in this as a long-term project? In the meantime, we move on to # 3 on our list, Moonbird Oddities.

The Moonbird Oddities are, like the Beanz, a side project. And in the same vein as the Beanz, you get access to the Moonbirds ecosystem, for a fraction of the price. The Moonbirds floor price is at 7.77 ETH.

The Moonbird Oddities have a floor price of 1.2 ETH. Only 2-3 months ago, their floor was at 0.6-0.7 ETH. I know that’s not exactly cheap, but hear me out. Moonbird holders are not your average Twitter influencers. Nope, these are traders and alpha hunters. Add to this people with deep roots within the NFT ecosystem. They most likely have a Proof Collective pass NFT, that has a floor of 36.87 ETH with only 1000 available. It’s the highest grade of exclusivity you can have. Both the Moonbirds and Moonbirds Oddities collection are 10,000 items.

But, in other words, for a 1.2 ETH entry, you have access to the same Discord channels. And an exclusive Twitter account. However, if you want some exclusivity, you may need 2-3 Moonbird Oddities. This way you qualify for that exclusivity, perks or other elements. These are usually aimed and targeted for the higher tier. For example, if they stake one Moonbird, you need to stake 3 Moonbird Oddities to get the same benefit.

But here you are, with prime access to a proven blue chip NFT and its ecosystem. Once they announced how closely tied they were going to be with the Moonbirds, the price didn’t drop below 1 ETH.

It’s also a smart move by the Moonbirds team. They can bring more people in and grow the community. So, they released this sub. They can make more exclusivity without diluting, previous holder’s privileges. They can grow their ecosystem and collection. The team does this by bringing in new players at a lower price point. So, interesting, isn’t it? I’m intrigued by this, although it is out of my budget. Thus, let’s have a look at our next project. The Lazy Lions, with a lower entry point.

We are please to announce @oddities_xyz are now live in WorldWideWebb

Here I have a lower entry into a collection for you. The Lazy Lions currently have a floor price of 0.5 ETH. That’s the cheapest option I have for you today. They are a collection of 10,079 Lions with a variety of 160 different traits. For instance, in clothing, headgear, mane, body gear, expression, and lots more.

I am bullish on @LazyLionsNFT 🦁👑

Let me tell you why 🧵 pic.twitter.com/i2RE4fiGqS

They sold out with a 0.05 ETH mint price, or around $150 at the time being. This was back in August 2021. So, this qualifies them as OGs. But why are they doing so well? It’s simple, everybody likes a lion and everybody wants to have one.

The team has a great concept, and they survived this long.  Their art is good, and they build a massive community. For example, their Discord has 137k members. On Twitter, they have 103K followers. Furthermore, they have merch, they organize events, and they offer educational parts.

Everybody wants a lion, they’re the King of the jungle. They also have a cheaper entry, with the Lazy Cubs. You can change your lion with Lazy Drink NFT, juice, or milk. You can also buy them on OpenSea. Their floor price is at 0.05 ETH. A great way how the team extended their ecosystem.

I feel like @LazyLionsNFT Lazy Cubs are underrated. They may not be as strong as the OG Lions but are here to protect the Pride!

Don't underestimate them as they have been training all this time to stop Glitch.
The Hero Cubs#LazyLions #LazyCubs #NFT #ROAR #WotsCreativeStudio pic.twitter.com/IbgrLqEmXI

Are you a fan of the Lazy Lions? Do you like their sophisticated merch? And we move on to our last project, the Dead Fellaz.

We’re back in a higher price bracket again. The current floor is a cool 0.65 ETH which is currently around $785. So, why would you want to get into this NFT and spend that much money? Because they are OGs, they launched Dead Fellaz back in August 2021.

Until a few months ago, their floor price was around 0.3 ETH. However, the last couple of months the floor price has been steady between 0.6 and 0.7 ETH. And I tell you why. Not too long ago, the team doxxed. To everyone’s surprise, it was a woman who’s running this show. This caused some waves in the male-driven NFT circles. Nobody thought that a woman could pull this off.

We heard you like front facing fellaz. All 10k holders will gain access to these new versions of their fellaz via hi-res IPFS. No claim or mint, just an extra resource in the library of assets attached to your DF. pic.twitter.com/kfESUw68hE

However, the Deadfellaz tick all the right boxes. Some sick art, a massive community, and everybody and his dog is eager to collaborate with her. Simply because it’s so unique. Add to this the fact that it’s a woman at the helm, and all systems are go.

Many blue chip owners made sure they got their Deadfellaz in their collection. The project keeps pushing boundaries. That creates a lot of attention. Even so, that they did a design for an exclusive, limited edition of the Ledger Nano X series. For a limited time, this Ledger also came with an NFT. So, being able to collaborate with Ledger, shows the credibility of the project.

The creator of the iPod, @tfadell announcing @Ledger Stax – unveiling it to the public for the first time displaying @Deadfellaz 🔥🧟‍♀️
Stax is a product set to change how we interact with our digital assets on a daily basis. Learn more 👇 pic.twitter.com/NuWHIZMQrH

And here I am, at the end of this show, with 5 blue chip NFTs in the making. Don’t forget to DYOR, though! 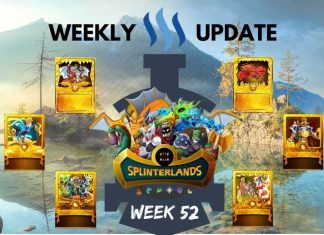 Ezekiel Ng - January 6, 2020 0
All aboard the Steem train as we bring in updates from Splinterlands. Splinterlands is on fire. More than 11 million games were played with cards...

State Of The Crypto Market