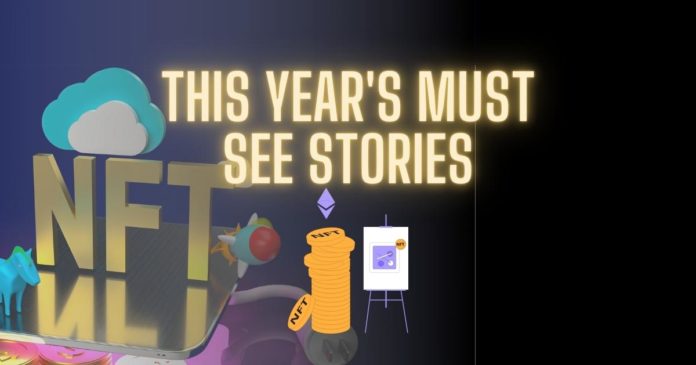 NFTs established themselves as the future of the internet in 2021.

2021 was undoubtedly the year of the NFT. As it comes to a close, let’s look back on the year that changed a lot of lives in the digital world.

Last week, OpenSea saw a total volume of Ξ114k. At the same time last year, the platform saw a total of Ξ1.18k exchange hands. There are a lot of dominoes that need to fall in order for a market to increase 9567% in just one year. One of the earliest dominoes was Beeple selling his “Everydays – The First 5000 Days NFT” for $69 million at Christie’s auction house in February.

Number 1
Beeple’s Everydays: The First 5000 Days.
It was the largest sale of the year and it created event an effect throughout mainstream media.#NFTs #NFTCommunity #Coterie #nftart pic.twitter.com/MCAvqbKd2f

This was the sixth-highest sale by a living artist at the time, digital or physical. This sale really brought the market into the mainstream spotlight. From there, the market exploded.

After the Beeple sale, NFT profile picture (pfp) sales began to pick up. This is when some of the most valuable projects available today minted.

Released in Q1/Q2 of 2021, they have more than sustained their floor values. Even CryptoPunks, originally minted in 2017, has also seen almost unfathomable growth this year.

The collection was sitting at an average sale price of Ξ5 in January, which at the time was just over USD $5000. Now, the floor price sits at Ξ65.95 at the time of writing, or over $255k. A cool 250k profit at sales floor in one year, Punks look like a pretty good investment in hindsight.

Retail Giants and the Metaverse

With the insane growth NFTs have seen this year comes the actual applications and adoption of this tech by the mainstream. Massive companies see the value-creating opportunities and want their piece of the pie.

Prepare to go Into the Metaverse 😎

With the wealth of monetization opportunities the early stages of the metaverse provide, companies like:

have either partnered with prominent collections or have issued their own NFT. Metaverse wearables will be all the craze in 2022, and we’re starting to see the beginning of it. Adidas partnering with BAYC and Nike acquiring RTFKT is only the beginning.

This past summer was the quarter of NFTs, with unbelievable volume flowing through the largest platforms. At the peak of August, OpenSea saw Ξ477k in volume in just a single week.

deployed during this bull run, and the NFT market that we are accustomed to began. A shift towards utility began, and projects were no longer valued simply on the art or community they provide access to. Instead, projects began to have value based on what they provide to the holder.

For example, BAYC airdropped serums to their holders, which gave them a Mutant Ape. This brings actual tangible value to BAYC holders. Various projects introduced tokens and staking, allowing holders to further derive value from their investments.

The Rise of GameFi

Finally, a new category of video games has begun to establish itself with the rise of NFTs. With digital ownership comes monetization. We are used to the massive companies being the benefactors of the monetization to this point.

But Web3 is looking to change that. Instead of the game developer owning every asset within a game, Web3 puts that in the hands of the players themselves.

"No dapp created a more profound impact in the industry than Axie Infinity."https://t.co/qmijwWgjyM pic.twitter.com/ZypPM8653h

Also, games like Axie Infinity saw meteoric growth, setting the tone for the future of video games. Players can buy, sell, trade, and upgrade their assets, creating a self-sustaining-player-run ecosystem.

Thetan Arena hit 6 million daily active users only 15 days after release. That number has since doubled by the way. If what we have seen in the space this year is any indicator of the future of the gaming industry, the future of the industry operates on the blockchain.

Also, something to consider: Remember always to do your research, make your own decisions, and invest in projects that interest you! 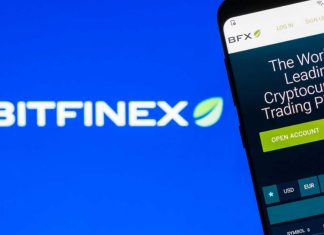 Natalia - September 11, 2019 1
The cryptocurrency exchange Bitfinex might not enjoy the best reputation. Yet, it's offering new features. We all recall the recent scandal surrounding Tether and Bitfinex....