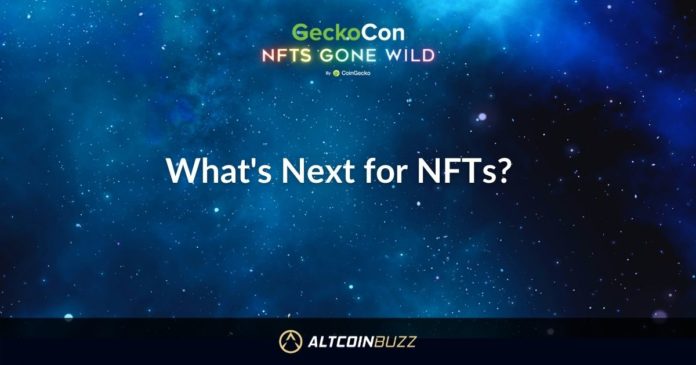 Altcoin Buzz is partnering with GeckoCon to cover the event live!

In “What’s Next for NFTs?” we have speakers:
New NFT projects mint daily. But, as they begin to look like the same cartoons with little utility, consumers start to get bogged down in a saturated market. The NFT space moves at incredible speeds with innovations happening every few months. As the years go on, what do we have to look forward to?

Before Speculating on the Future, Let’s Reflect on The Past

Did you see the NFT boom over the last year coming?
Though the experts believed in space, some say they are surprised at the magnitude of the rise. Witek Radomski says he knew, “We’ve been trying to build this for gaming for the last 4 years. We know how big the gaming space is, we were just waiting for the tech to catch up. We’ve only scratched the surface so far.”
All experts agreed it was hard to predict such a rise. The mainstream impact and adoption were surprising stated Pandu “Decentricity” Sastrowardoyo. But Arif Khan says they were building through the cycles that people weren’t paying attention to. He says the building didn’t stop during the constant and reappearing bear cycles.

What Can We Expect out of NFTs in the Next 2-3 Years?

The key is the idea of interoperability. As larger companies begin to step into the space, this idea of being able to bring your assets from one place to another will be crucial. Khan says “All of these trends are converging in a way maybe people weren’t expecting or much quicker than we expected. In the next 2-3 years consumers are going to demand more interactive immersive experiences. They are also going to demand ownership of these assets so they can go from one experience to another.”
Radomski says we’re going to see people attribute these assets to their personalities. He says “We’re going to see people demand and want to have this identity. A lot of people today already have that. 50% of kids today are playing either Roblox or Minecraft. People aren’t going to think of it as blockchain”

The hours of engagement by the 13+ age demographic on the Roblox platform has steadily increased year after year to over 50% as of Q3 2021. #Roblox #InvestorDay $RBLX pic.twitter.com/ZWhdmrU8cD

Do You See Any Threats to Individuals or Communities That This Web3 World Provides?

All the experts agree that there are many serious threats to the space. Khan mentioned the amount of risk each individual needs to take on when interacting in the space.  Custodianship is on the holder/buyer, so mistakes are on them as well. There are no central banks to blame if you have a transaction fail. Additionally, Radomski says he wants the race to be the first that we see in the crypto world to be gone. He says “We live in a world of creators. Everyone is pushing out content now. We want everyone to have their identities and assets represented. We want everyone to have an impact, not just the early people”.

What Is an Area That Isn’t Talked About Enough in NFTs?

Radomski says personalization is huge. Being able to create custom NFTs in single clicks is something not explored enough. Additionally, he states that extending this tech out to underdeveloped countries should be used to elevate their economies.
Additionally, Sastrowardoyo touched on interoperability being a real option right now. We live in a multi-chain world with green, carbon-neutral options. The un-sustainability argument that we see with ETH should start to go as more PoS options gain popularity. Sastrowardoyo states: “The future is multi-chain”.

And finally, for more cryptocurrency news, check out the Altcoin Buzz YouTube channel. 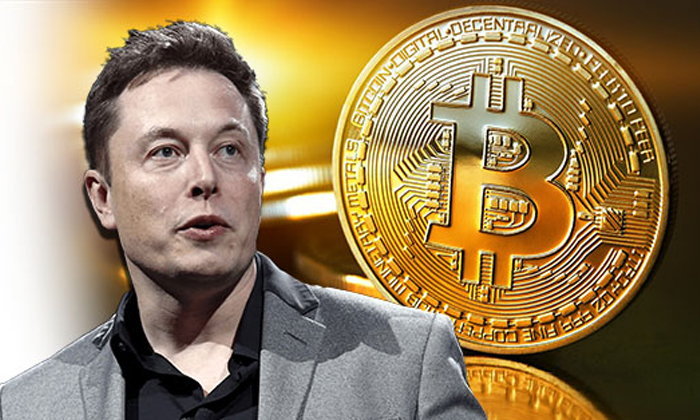 Sebastian Ifversen - February 25, 2018 37
After being impersonated on Twitter by scam artists, Elon Musk has revealed his cryptocurrency holdings. Scam posts on Twitter are becoming more common. A lot...