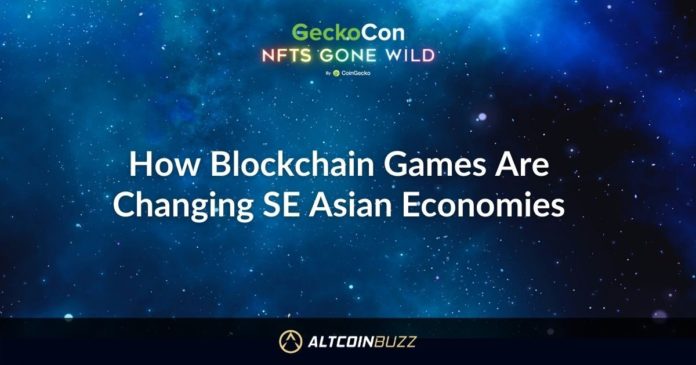 Here is the session called “How blockchain games are changing South-East Asian Economies,”. This occurred on the second day of the conference, Thursday 18th at 9:30 PM (EST), we have the following speakers:

The adoption of the crypto ecosystem in the daily lives of people around the world is increasing. For example, according to the 2021 global crypto adoption index, worldwide adoption jumps over 880% with P2P platforms in emerging markets in a year.

However, how much of this increase is caused by gaming? Well. Ben Fairbank said that games had had a lot to do with the adoption of the ecosystem lately, considering the statistics. Despite the hurdles of fees and other things, people learn very quickly. Meanwhile, Beryl Li said that crypto games have allowed many people to earn more than their previous jobs, where they have learned how to use exchanges and other things to get it. Many of these people did not have a bank account before.

Finally, Jarindr Thitadilaka said that this had improved the market to be more mature and allow further development. This makes people learn new tools such as metamask.

Did you know that 4 of the top 10 countries with more players in Axie Infinity are from Asia? But why these crypto games are so popular in this part of the world? 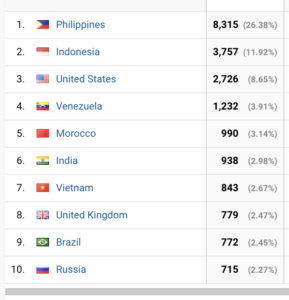 Well, Beryl Li said that the reason is that the equivalent of $SLP earnings in Asian local currencies is much higher than in economies with stronger currencies. Also, Ben Fairbank said that in China, for example, ESPORTS players are as famous as normal athletes. This has created many people in Asia to consider this a career at a very young age.

Meanwhile, Jarindr Thitadilaka said that in Asia, the % of usability of mobiles and PCs for gaming is among the highest in the world, so this has been a trend for many years that now allows an explosion of people to do this at a moment’s notice.

Many Asians are starting to play the game on a massive scale. Therefore, this has led many of them to start earning their first income and managing assets. Did you know that, according to a report, over 25% of Axie Infinity players are unbanked, and 50% haven’t used cryptos before?

About this subject, Beryl Li said that a P2P account is more valuable than a bank account nowadays because to maintain the bank account, you have to keep a job, while is not the same as a P2E account. Also, Ben Fairbank said that blockchain games allow people to learn a lot about earning money and having good economic habits.

Also, Jarindr Thitadilaka said that the beauty of blockchain games is that anyone can get in and learn what it takes to make money. Therefore, traditional games are difficult to access because of their price and how they are accessed. But blockchain games can be accessed by anyone.

📈 Impressive growth (500k Daily Active Users in July)
👶🏽 50% of their users are new to crypto
🏦 25% are unbanked
🤩 Fantastic way to onboard people to Web3. #EthCC pic.twitter.com/23UfYJRnkQ

One of the most essential features of crypto games is that you can convert your winnings to any other crypto. This gives great flexibility to players to have these assets as funds to pay their living expenses.

About this subject, Beryl Li said that this is very practical because you can convert it to other currencies in exchange, or you can also use the token directly to buy something. But, in the regulatory aspect, there will be concerns to control that exchange. So, there is a lot to define in that aspect. For example, in China, you can only use the yuan as a currency to buy things. But, there is no such problem in other countries.

Also, Ben Fairbank liked the idea and said that regulators would have to move at the same pace to control this type of activity, so Asian countries will be the first to regulate this type of game, and other countries will copy their models in the future. Meanwhile, Jarindr Thitadilaka also liked the idea of in-game tokens and said that in Thailand, they are very open to using other currencies to pay for things, which reduces potential crypto regulations in that regard.

This is one of the most sensitive issues right now, as governments in SE Asia. They are looking at how to incorporate this new type of economic activity in the tax and legal framework. Therefore, finally, each country will decide to encourage this type of activity for its scalability capacity.

While the governments of many countries around the world are unaware of the existence of Axie Infinity, the Finance Department of the Philippine government has said that all its citizens who engage in such gambling will have to report their winnings.

The Philippines is looking at taxing play-to-earn games like @AxieInfinity according to their new tax proposal.https://t.co/yaGcuACIpC#Play2Earn #AxieInfinity

Therefore, Beryl Li said that $SLP are rewards, so she thinks there should be a regulatory framework that encourages the practice of these games and teaches them how to pay their taxes for this type of activity and in the future, governments can build infrastructure to potential the sector.

Also, Ben Fairbank said that a balance must be struck between people working in this way and what the government requires them to pay in taxes. Finally, Jarindr Thitadilaka said that this topic is very delicate as there are still many doubts in the sector, but it will take a long time for this to be regulated.

On the other hand, did you know that investment managers, telecom firms from South Korea, and even the South Korean government invest in the Metaverse sector? For example, according to Reuters, The Samsung Global Metaverse Fund, which debuted in late June, would easily surpass its target of attracting 100 billion won ($86.49 million) by the end of 2021.

More About Taxes and Government Position

Governments should invest in improving infrastructure conditions so that more and more people have access to crypto games? Beryl Li agreed because people can work a full-time job in the metaverse. Also, Ben Fairbank decided by saying that this will happen on the part of governments. Now China is doing it with funds specialized in NFTs. This is inevitable in the medium term to develop other industries in these sectors.

Finally, Jarindr Thitadilaka said that it would happen, where many sectors can be integrated into the metaverse with the government’s help, but this will take time. Still, they are already beginning to invest in research. So, we must give them some time for their participation to be massive worldwide.

Seoul "1st city to enter the metaverse – The Seoul Metropolitan Government announced that the virtual world will enable seamless interaction of citizens with the state" https://t.co/zGLD554MZY

Finally, the panelists will talk about their wishes related to crypto gaming in the future. Also, about anything in particular that they think will be very successful in this sector. The first to answer was Beryl Li, who said that she would like to participate more actively in the games without having to be a developer.

Then, Ben Fairbank said that crypto Games can now involve people much more in games. Finally, Jarindr Thitadilaka said that crypto games make people learn more about their finances since they do not depend on a bank to hold their money, invest or save.

On the other hand, Beryl Li said that what gets her excited is finance, as there is now a mix between games and DeFi, so the funding of games will be much higher in the future. Likewise, Ben Fairbank said that the education process of the crypto sector is solid before wanting to learn how to make money in games for better adoption.

Finally, Jarindr Thitadilaka said that it takes longer to develop games than develop DeFi, so many more people will start playing. 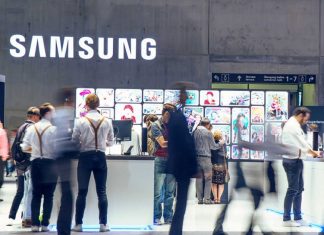