Overstock CEO, Patrick Byrne, in an interview with YouTuber Naomi Brockwell, reaffirmed his belief in cryptocurrency and even went in far as to call the current financial system a “Ponzi Scheme.”

While he didn’t explicitly mention Bitcoin when talking about adoption, he did say that he believes that in an economic collapse, people will turn to cryptocurrencies.

“People turn to it where they collapse, like Venezuela or Cyprus or Syria, something like that. When people start getting into it is when their own financial systems collapse. So yes, given that I think the entire modern financial system is a big Keynesian, magic money tree Ponzi scheme, I do expect that the day will come when people turn to crypto.” -Patrick Byrne

On November 8th, the SEC charged Zachary Coburn, EtherDelta founder, with operating an unregistered exchange. In addition, $388,000 worth of fines have been brought against him, which he has accepted and chosen to pay. Due to his cooperation, the SEC didn’t bring further charges against him, at this time.

“EtherDelta had both the user interface and underlying functionality of an online national securities exchange and was required to register with the SEC or qualify for an exemption.” -Stephanie Avakian, Co-Director of the SEC’s Enforcement Division

3. Bitcoin Pioneer: “Unquestionably a Success” as Store of Value

One of the largest contributors to Bitcoin’s code from 2010-2014 told Bloomberg that Bitcoin as a store of value has been “unquestionably a success.” Having said that, he feels that Bitcoin is failing at the original intention, as private money instead of a speculative investment. Other topics covered in the interview were who Satoshi Nakamoto is and giving 15,678 Bitcoin away in 2011 for developer bounties.

“It is an organism, it’s something that evolves…It hasn’t evolved in the direction of high-volume payments, which is something we thought about in the very early days: getting merchants to accept Bitcoins. But on the store-of-value side, it’s unquestionably a success.” -Jeff Garzik

Binance CEO, Changpeng Zhao (CZ), believes that the next bull run will happen and the only question is when. While that statement is bullish, take it with a grain of salt as the future of cryptocurrencies is directly related to his business.

He went on to say that the space is maturing with the recent cooldown of the ICO market and the arrival of institutions (like Bakkt and Fidelity Digital asset services). He believes that institutions might trigger the next bull market.

“It is a tough question, I don’t really know how to predict which catalyst will be the trigger.” -Changpeng Zhao (CZ)

This article is just more proof that cryptocurrencies, while speculative, have a large real-world use today. One of the largest transactions on the Litecoin network was processed for only $.50. Companies and banks make millions, if not billions, on cross-border remittance payments. This technology completely undermines that business and saves users money, instead of adding to banks bottom lines as profit.

There was a lot of opinion news this week with a few of the biggest Bitcoin/cryptocurrency proponents really propping up the asset. While all news should be taken with a grain of salt, this holds doubly true for opinions, as only time proves them to be right or wrong. Having said that, many of their opinions are based on facts.

Patrick Byrne believes that people will turn to cryptocurrency during the next economic collapse. While only time will tell if this is true or not, in past collapses people have turned to stores of value like gold and silver in order to protect their wealth. If Bitcoin and other cryptocurrencies can take a part of the gold and silver market share, the returns could be huge.

With the recent institutional movement, Binance CEO, Changpeng Zhao, believes it is only a matter of time before the next bull market starts. Products like Bakkt, Fidelity Digital Asset Services, Goldman Sachs Bitcoin derivative product, and potential Ethereum futures contracts give this space much promise for the future. While many still believe this space is purely speculative; when institutions and banks see headlines of Litecoin moving over $60 million worth for under $.50, they have to be impressed and see the future of remittance payments.

With the SEC cracking down on EtherDelta founder, Zachary Coburn, it is showing that the SEC is only trying to protect the U.S. citizens and not stifle innovation. It is important for regulators to continue to allow this space to grow and only step in where absolutely necessary and to provide regulatory guidance to allow institutions to enter without fear of potentially breaking the law.

Bitcoin is continuing to move sideways and there is nothing wrong with that. This space is maturing by the day and moving in a direction to where people worldwide can use this digital asset as a safe haven for their savings in order to protect it from out of hand inflation (Venezuela, Argentina, Iraq, Turkey, Zimbabwe, etc…). 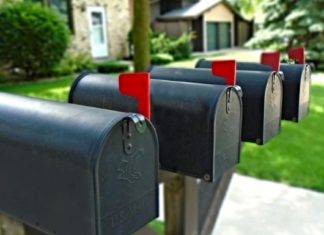 Racheal - December 20, 2020 0
The world's largest crypto exchange, Binance, has finally commenced shipping of its much-anticipated Visa cards to the EEA region. Now, European users will have...