The leaders in the G20 have promised to introduce crypto-regulations that are fair and sustain development. While some people might not want any regulations, it is almost inevitable that this space will have some regulations. Having said that it is important that the G20 countries don’t over-regulate the space, use regulations to protect users/investors from outright scams, and to help adoption.

2. Analyzing the FUD: Why There Is No “Death Spiral” Coming for Bitcoin Anytime Soon

The importance of this article is to understand that while in most areas it isn’t profitable to mine Bitcoin, due to renewable energy, many Bitcoin miners are still profitable and there is no “precise point” in which Bitcoin will enter a death spiral due to unprofitability. Even if miners are mining at a loss, for the time being, the network is still running so miners appear to be comfortable.

3. Santa Can Be Off: SEC Delays the VanEck and SolidX Decision AGAIN

While this is exactly what everyone expected, it still isn’t good. The SEC has postponed their decision for the final time until February 27, 2019. At this time the VanEck and SolidX ETF will be either approved or rejected. To this point, the SEC has rejected every ETF proposal, although it is worth noting that even though the Winklevoss brother’s ETF was rejected, one of the SEC commissioner’s, Hester Peirce, did vote to approve it. In a recent talk, she stated that an ETF could take “days or years.”

4. Crypto Exchange Gemini Adds Support for Bitcoin Cash (BCH) Trading and Custody, Coinbase is Looking Into These Coins!, & Robinhood Hints That It Might List TRON

While these are all separate articles, they are all about the same thing, more additions to fiat-crypto exchanges, which can help with liquidity and in the long run make adoption easier because there will be more onboarding places for investors. Coinbase potentially looking to add 30 new coins is probably the most important of the three articles since Bitcoin Cash (BCH) is already available on many exchanges and Robinhood doesn’t allow users to send their coins off of their platform. While there are many coins Coinbase is looking at, every investor is waiting on an XRP decision. There are rumors that it’s a matter of when XRP will be listed instead of if it will be listed, but as always only time will tell.

The past week we have seen a decrease of about $15 billion worth from the overall market cap.  Once again, it seems that no matter what the news, this market continues to move sideways/down, continuing the pattern in this bear market.

Having regulations in this space is most likely inevitable yet the important thing to keep an eye on is the type of regulation. The regulations put in place by the G20 countries should be regulations that will help this space grow and that aren’t too stringent. Hopefully, they will not over-regulate this space and allow it to grow and prosper.

Many people both in and out of the crypto space feel that Bitcoin wastes energy and it isn’t good for the environment, yet that couldn’t be farther from the truth. In order to continue to be profitable in this bear market, miners need to use renewable energy to lower their energy costs. So in reality, Bitcoin is using less fossil fuel burning energy than many other areas in our lives (driving cars, playing video games, etc…) and isn’t as harmful as people think.

Once again the SEC pushed back the decision on the VanEck and SolidX ETF, this time will be the last though. February 27, 2019, is the final decision date for them to either approve or reject the proposed ETF. According to Hester Peirce, SEC Commissioner, this ETF can be approved in days or it could potentially take decades but an approval is “definitely possible.”

XRP investors have been waiting over a year for Coinbase to list their token yet it seems it keeps getting passed over. Coinbase is exploring 30 other coins/tokens, besides XRP, to be listed on their platform. Coinbase is aiming to cover over 90% of all complainant digital assets yet only Bitcoin has been deemed not a security by the SEC, so it will be interesting to see what coins will be listed and are considered compliant.

“Adding new assets requires significant exploratory work from both a technical and compliance standpoint, and we cannot guarantee that all the assets we are evaluating will ultimately be listed for trading. Furthermore, our listing process may result in some of these assets being listed solely for customers to buy and sell, without the ability to send or receive using a local wallet,” Coinbase explains. It also notes that the company’s listing process envisages adding new assets “on a jurisdiction-by-jurisdiction basis.”. 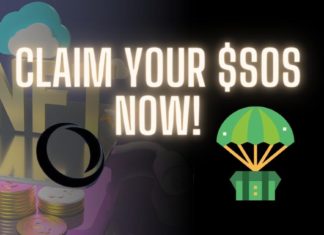 What Is OpenDAO and $SOS?

Aidan - December 25, 2021 0
Is $SOS too good to be true? Something that is being talked about more on BAYC Twitter and deep within NFT Discord servers is the...