The FSB (Financial Stability Board), which has members from all G20 countries, has developed a framework to monitor the financial stability implications and developments of crypto-assets. Nigel Green, CEO of deVere Group, sees a lot of potential in the space and gave a very positive comment saying, “The survey’s findings demonstrate that high net worth individuals are increasingly unable to ignore the huge potential of cryptocurrencies…Cryptocurrencies are the future of money and they are already undeniably part of mainstream finance.”.

According to Business Insider, Coinbase has secured a $20 billion investment from an unknown hedge fund. This investment has piggybacked the news of Coinbase releasing their Coinbase Custody service “which secures crypto assets for institutions in both the USA and Europe.” This is massive news for the crypto space as it shows there is an interest in cryptocurrencies within the traditional markets.

BlackRock, the world’s largest asset manager (manages $6.3 trillion) has created a working group to see if they should invest in Bitcoin Futures, cryptocurrencies, blockchain technology. They will also be studying what their competitors are doing, how it could affect their business, and how it will affect different industries. While this does not mean that they will definitely be entering the space, it is very positive that they are doing their own research and the market responded to this news by spiking up about $300 in the hours following the news release.

Circle CEO Jeremy Allaire: Ethereum could be a major driving force for blockchain and cryptocurrency

According to Jeremy Allaire, CEO of cryptocurrency exchange Circle, Bitcoin and Ethereum are the future for wide adoption of cryptocurrencies and blockchain technology. In addition to those, he also mentioned that NEO, EOS, and ADA are also in the consideration for building the future but as of now ETH will continue to get the lion’s share of development as the blockchain has “enormous developer activity.”

There were many important topics that made the market rise significantly in the last week. Coinbase getting a giant $20 billion hedge fund investor, and that BlackRock has put together a working group to research the space are great news. It shows that traditional investment companies are interested in this space and do see a future for it. Having the FSB (Financial Stability Board), which has representatives in all G20 countries, develop a framework for the space shows that crypto is emerging as a legitimate space. While some might not like regulation, some regulation can allow cryptocurrencies to become more widely adopted. Do you think Bitcoin and Ethereum are the two coins with the best futures? Let us know in the comments below! 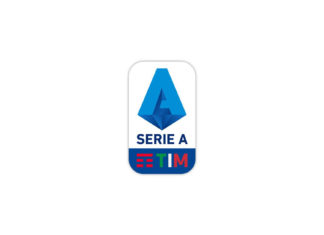 Daniel Abel - May 17, 2021 0
Leading cryptocurrency platform Crypto.com has announced a strategic partnership with Lega Serie A to be the official sponsor of the 2021 Coppa Italia Final...