Many countries around the world want their countries to be known for something big and important. In the crypto space, many people think of Malta, Japan, Switzerland, and South Korea but the Philippines are trying to get their name added to that group. The Cagayan Economic Authority (CEZA) is planning to build a fintech hub named the Crypto Valley of Asia (CVA). This hub is expected to generate about 10,000 jobs and will drastically boost their economy. In addition to this great news, the CEZA has signed a partnership with the NEM Foundation of Singapore to help establish the first blockchain hub in the Philippines for the promotion of these technologies in businesses.

You can read more about this amazing news here: The Philippines Building Crypto Valley of Asia

One of the major arguments against Bitcoin and other cryptocurrencies is that they are just used for crime, terrorism, and can’t be tracked. They fail to recognize that well before Bitcoin was created, other types of currencies (USD mostly, even today) were used to fund those same activities and that cash is completely anonymous, Bitcoin isn’t anonymous. Well those days of ignorant attacks should be coming to an end as Lilita Infante, a U.S. Drug Enforcement Administration special agent from Cyber Investigative Task Force, claims that criminal activity is only visible in 10% of all transactions compared to 90% five years ago.

“The blockchain actually gives us a lot of tools to be able to identify people. I actually want them to keep using them.” -Lilita Infante

You can read more about this amazing news here: Criminals No Longer Use Bitcoin. Now Speculators Do

The last coin to be added to Coinbase was in December 2017 when they added Bitcoin Cash (BCH) to their exchange. As of this week, they have finally added their next coin in Ethereum Classic (ETC). Trading on Coinbase Pro has begun since their announcement earlier this week. Their other announcement now allows instant buy/sell and increases most user limits from $25,000 per week to $25,000 per day. This will help smooth the process of trading while making it easier and more similar to traditional markets like the stock market.

You can read more about this amazing news here: A Lot Of Good News From Coinbase This Week

The SEC postponed their decision on the CBOE Bitcoin ETF until September 30 and this was viewed internally on the Altcoin Buzz team as bullish because they are taking this ETF proposal seriously. Apparently, the markets didn’t agree because unfortunately after a few positive weeks, the markets have gone south again, Bitcoin is currently trading about $6,300. Whether this is total market capitulation or depression, there is little positive sentiment in the markets even though we have had a lot of great news in the last few weeks. However, one thing is clear, it is unknown if the markets will drop further or start to bounce back instead. While nothing is guaranteed, Bitcoin has “died” many times in the past and it is still about 2X where it was last year.

With the recent news of the Turkish Lira succumbing to higher levels of inflation, average people will need to find ways to protect their wealth. It was reported that Bitcoin markets have increased in the past week on Turkish exchanges. Even though Bitcoin has dropped in 2018, it is still seen as a better store of value to the average citizen than the Turkish fiat currency.

In times like this, each investor has to remember why they are in the space, try to ignore market feelings, and strictly look at facts. Don’t get caught up in the FUD!

In conclusion: Bitcoin and the markets are down but innovation and adoption are still occurring! 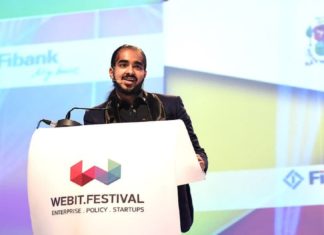 DeFi is About to Change the World: Exclusive Interview with Evan...

Masha Prusso - April 20, 2021 0
We sat down with Evan Luthra, serial innovator and angel investor to learn about his work as an investor in digital assets. His work...