1. Ripple Hints That xRapid Will Go Live “In The Next Month Or So”

Blockchain start-up Ripple could launch a commercial application of its cryptocurrency-focused product “in the next month or so,” an executive at the company has told CNBC. Sagar Sarbhai, head of regulatory relations for Asia-Pacific and the Middle East at Ripple, said on Monday that the firm was making significant headway with its xRapid product, which is aimed at helping banks speed up transactions by using the cryptocurrency XRP.

Sarbhai said in the interview with CNBC:

“I am very confident that in the next one month or so you will see some good news coming in where we launch the product live in production,” Sarbhai said of xRapid in an interview with CNBC’s Arjun Kharpal.”

Ripple says its xRapid product uses the XRP cryptocurrency as a kind of “bridge” between currencies, allowing payment providers and banks to process faster cross-border transactions. Ripple has been criticised by many people in the crypto space for a long time: XRP wasn’t centralized and furthermore, Ripple was not pushing the use of XRP to its clients. Luckily, for XRP holders, this is about to change with the release of xRapid.

ICON MainNet Version 3.0 has been released last Monday. ICON’s SCORE (Smart Contract on Reliable Environment), the implementation environment of ICON smart contracts, is now fully operational. This MainNet update is significant in that it has established the infrastructure for the SCORE development environment, which is the foundation for creating DApps on the ICON platform.

Along with the MainNet update, the ICON team has also opened TestNet, which allows developers to conduct tests before deploying their blockchain projects to the live MainNet.

Crypto research firm Weiss Ratings has made a controversial call about the future of leading digital currencies bitcoin and Ethereum. The company has also identified a handful of coins like IOTA (MIOTA), NEO, XRP and Cardano (ADA) as absolute bargains.

Generally Weiss Ratings’ recommendations and analysis are available to a close group of subscribers, however, a few days ago, they took twitter by surprise and published some short reviews in which they mentioned their optimism about the behavior of some tokens.

The rating agency, which has provided market research and analysis for consumers and businesses for more than four decades, says four coins, in particular, are “absolute steals.”

Weiss also points to Nano, Basic Attention Token, Stellar and EOS as four additional coins that it believes have a lot of potential.

4. SEC Delays Decision on VanEck and SolidX Until December

The U.S. Securities and Exchange Commission (SEC) announced Thursday that it has begun proceedings to decide whether to approve a proposed bitcoin exchange-traded fund (ETF). The SEC published an “order instituting proceedings to determine whether to approve or disapprove a proposed rule change” filed by Cboe BZX Exchange, Inc. If approved, Cboe would have the green light to list a bitcoin ETF pitched earlier this year by money management firm VanEck and crypto startup SolidX.

As part of that process, the SEC wants more input from the public – to date, according to the agency, more than 1,400 comments have been submitted.

With the announcement, the Security and Exchange Commission (SEC) has also decided to once again delay the decision on the VanEck and SolidX Bitcoin ETF. The authority explains that it needs more time to analyze the application in detail. The decision is now expected after Christmas, circa 29th of December.

What a week! While the SEC announced it would start looking into deciding whether to approve the VanEck and SolidX Bitcoin ETF, de SEC also announced it would delay the decision on the ETF once more. While previously the crypto market tanked after similar news, this time the market did not move at all. Even better, the crypto market has seen a nice correction upwards this week.

Bitcoin fell to the $6200 region on Tuesday, after trading in the $6400 region for multiple days. With the decline in Bitcoin price, analysts once again said that Bitcoin would probably be heading to the 5k region. But, a sudden move from XRP made the market to move upwards instead of further down. With news about the potential launch of xRapid, XRP surged from $0,27 to $ 0,72 in just 4 days! With XRP going up exponentially, other coins and tokens started showing positive price increases as well. Both Bitcoin, ETH, Stellar, Cardano and EOS saw nice price movements to the upside. Normally, prices of coins and tokens depend on the movement of Bitcoin, so it has been surprising to see that the surge of XRP actually caused the rest of the market to go up as well.

While going into the last quarter of the year, a lot of projects are going to launch and deliver on the promises made in 2017. Therefore, 2018 has moreover been named the “development year” for blockchain and crypto projects. A lot of projects that saw high prices and hype at the end of 2017, are now about to deliver and launch what they have been building for over a year. Ripple is about to launch xRapid, but also ICON made a big move this week, launching its MainNet Version 3.0.

There is a lot of excitement about Q4. Many analysts believe that Bitcoin and the rest of the market are set for a rally that will let Bitcoin end up above $10.000 before years end. With that, prices of many tokens and coins are still very low. It was therefore interesting to see that Weiss Ratings send out several tweets, calling IOTA (MIOTA), NEO, XRP, and Cardano (ADA) as absolute steals. If you believe that the market will see another bull run, these projects may be a very good buy today! 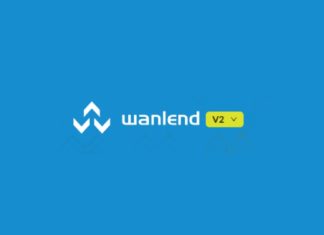 Stu L - November 20, 2021 0
WanLend, the Defi app in the Wanchain ecosystem, presents some great opportunities for DeFi investors. Because Wanchain is looking to grow, some of their...