Financial giant, Fidelity, is in the final testing stage of its platform for cryptocurrencies. It is extremely important for the future of this space that a trusted name in the traditional finance world enters the markets. A company like this can alleviate many concerns institutions and large investors have when investing in cryptocurrencies, custody.

“Our conversations with a variety of institutions have served to underscore their clear need for a trusted platform provider in order to engage with digital assets in a meaningful way.” -Fidelity

On a Joe Rogan podcast, Twitter and Square CEO, Jack Dorsey, reiterated his belief that Bitcoin can become the currency of the internet. While he isn’t guaranteeing anything, he has “put his money where his mouth is,” by making his company the first publicly traded company to offer Bitcoin as a service and the first company to talk to the SEC about Bitcoin. He has a very positive view of the space and his influence on the traditional world will be key with adoption.

“We would love to see something become a global currency. It enables more access. It allows us to serve more people. It allows us to move much faster around the world. We thought we were going to start with how you can use it transactionally, but we noticed that people were treating it more like an asset, like a virtual gold, and we wanted to just make that easy, just the simplest way to buy and sell bitcoin.” -Jack Dorsey, Twitter & Square CEO

One of the most popular exchanges in the world, Binance, has enabled debit and credit card payments on their platform due to a partnership with Simplex. While not all coins can be purchased, users can buy BTC, ETH, LTC, and XRP directly with their fiat. While it is not legal in every country, it is legal in many highly populated countries. Binance has once again proved to be one of the top players in crypto by continuously trying to make their exchange better.

As of February 2nd, 2019 we have entered the longest bear market in cryptocurrency history with more than 411 days of the bears outweighing the bulls. While some people expect to see $1,000 Bitcoin, many investors feel that the $3,000 levels will be the lows of the market cycle. With Bitcoin falling from $20,000 to about $3,500, we all hope the worst is far behind us.

Read more about this and past crypto bear markets here: https://www.altcoinbuzz.io/crypto-news/finance-and-funding/welcome-to-the-longest-crypto-bear-market-in-history/

Facebook has acquired blockchain startup, Chainspace, that was founded in 2018 by University College London researchers. Facebook already owns the very popular messaging app Whatsapp and could be launching their own stable coin to compete with other messaging apps like Kakao, LINE, and Telegram as they have revealed plans to enter the blockchain space. While this will likely be a centralized coin, it will help with adoption.

We have finally seen a recent rise in the price of Bitcoin and many altcoins. While it was only a few hundred dollars worth of increase, it is still great to see. The best news of the week was to hear that Fidelity is launching their platform soon. One of the two major issues holding back cryptocurrencies is custody, the other being regulation. If large investors can enter the space feeling safe storing their crypto assets, it will be a major step in the right direction.
Too many times exchanges and users are hacked, large investment funds and hedge funds can’t take that risk as they are dealing with hundreds of millions of investment dollars. This is a huge development.

Even though we are in the longest bear market in cryptocurrency history, we have already dropped 80%+ and hopefully there won’t be too much more to drop (hopefully it is up from here). While this is not financial advice, if you were big on Bitcoin and other crypto assets late 2017 and/or early 2018, now might be a good time to consider accumulating your favorite coins/tokens. 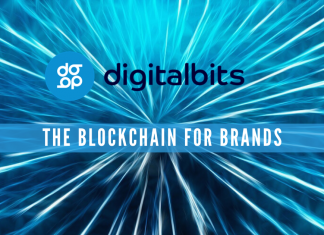 DigitalBits: The Blockchain For Brands. 2019 in Review

Project Review Team - December 19, 2019 0
What is DigitalBits? The protocol layer blockchain is designed to support consumer digital assets. In particular, branded currencies that you can spend on rewards...