According to Tom Lee, Head of Research at Fundstrat Global Advisors, the price of Bitcoin will rocket back up in 2019. His main reasons are that pension funds may start investing in Bitcoin this year, JP Morgan has launched their own currency, Facebook is looking to launch its own currency, Fidelity has launched a digital custody platform, and Bakkt is launching an exchange. Regardless of how wrong he was in 2018, he makes some very valid objective points to back up his 2019 predictions.

Facebook is apparently developing its own “cryptocurrency.” If true this could add billions of dollars for the company, according to Ross Sandler, Analyst at Barclays. This “cryptocurrency” would be potentially used by users on Facebook, Instagram, and WhatsApp. More importantly, the publicity it would bring to the cryptocurrency space would be huge and could likely help turn around the current bearish sentiment.

PolisPay has announced debit card integration with DASH along with Equicex integrating DASH into their debit card and exchange platform. Through these two partnerships, over 4,800 global merchants will now be able to accept the cryptocurrency as payment. DASH continues to drive adoption gaining more and more merchants as they go.

Enjin’s long-awaited Blockchain Software Development Kit (SDK) for Unity has finally launched. The SDK allows for over 4.5 million Unity game developers to create, integrate, and manage blockchain assets. The concept of owning in-game items that can be transferred between games is both new and extremely exciting and enjin allows this to happen.

Objectively speaking there is a lot of big and important news floating around. It seems that institutions are actually getting into the space now. Instead of talk, there is actual action. Fidelity, JP Morgan, Bakkt, Starbucks, and Microsoft have entered crypto and Facebook seems to be on the horizon.

ENJ has rocketed in the past few weeks mostly due to the integration of their wallet on the new Samsung Galaxy S10 but Unity is one of the largest game developers in the world and that relationship they have together should not be overlooked.

While I am always skeptical of the mainstream media, especially with people who have skin in the game, to an extent I agree with Tom Lee. I think 2019 is shaping up to be a very important time for the future of cryptocurrency. Whether positive price action follows remains to be seen but there is a lot going on. 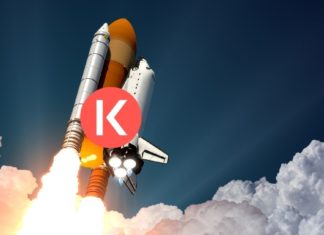 Lawrence Mike Woriji - January 20, 2022 0
The Kava ecosystem has made some huge achievements in the last few months. However, everyone on the platform has eagerly looked forward to the...