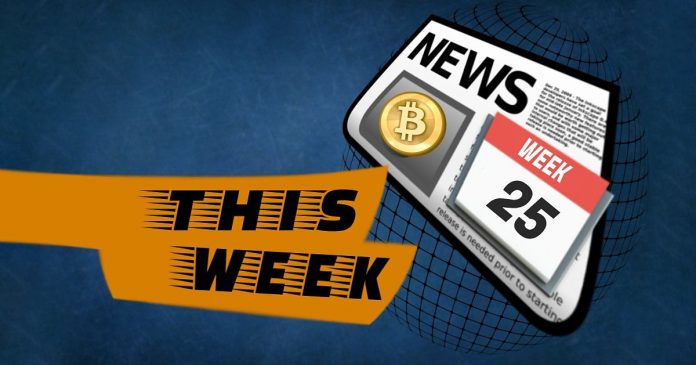 According to reports, Bitmain is looking again at launching an IPO in the U.S. If they do, it would be in the second half of 2019. They had tried to do an IPO on the Hong Kong Stock Exchange last year but due to the losses the firm had, the plans fell through. With the recent rise in Bitcoin’s price, maybe this time could be different.

FATF is aiming at setting new international standards for crypto businesses. It has been clear around the world that countries are trying to regulate the space. The best case scenario for crypto is for countries to adopt similar regulations that don’t intrude on the innovation this technology brings. Regardless of where you stand on regulations, this space will have some regulation, hopefully, it won’t be over regulated. The G20 Summit is on June 28th and 29th in Osaka, Japan.

Ripple announced their new partnership with MoneyGram. With the announcement of Libra, Facebook’s “cryptocurrency,” Ripple needed to make a move. They decided on the dying company MoneyGram by purchasing a large stake in the company.

Read more about the RIpple and MoneyGram partnership here: https://www.altcoinbuzz.io/crypto-news/partnerships/ripple-announces-strategic-partnership-with-moneygram/

Bitcoin has again set new highs for 2019 by passing the $11,000 mark, at the time of writing Bitcoin is $11,150. No one is sure of what will happen next but back in early 2018, we faced resistance around the $11,500 mark. If we can get over that then we might have a shot at reaching the 2017 ATHs of close to $20,000. While we are probably due for a correction, there is a lot of positive news surrounding Bitcoin and price might continue to reflect that.

The most important news for me this week, besides the price of Bitcoin, is Bitmain’s potential IPO. We as humans have been mining gold, silver, and many other precious rocks/metals for thousands of years. So now that Bitcoin is starting to solidify itself as a legitimate asset, why can’t companies receive funding in order to mine this asset in a similar fashion to gold miners. In fact, it would be more profitable than gold mining because there is a less environmental risk, you can choose where you mine, there is less overhead cost, and it can be done with 100% renewable energy.

Many investors who want to invest in the gold space buy the stock of mining companies instead of the physical gold itself due to liquidity or storage requirements. With Bitcoin, it can be the same thing. If users don’t want to have the risk of losing the Bitcoin they buy, or risk having it stolen while being held by a third party, they could invest in a company that mines the Bitcoin and immediately sells it. Like gold miners, much of the valuation of the company would be directly correlated to the price of Bitcoin and other coins they mine but like gold miners, it could be more profitable than buying and selling Bitcoin itself. 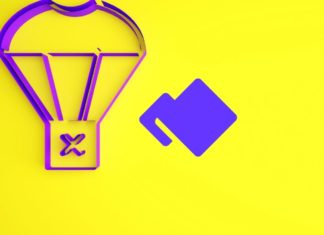 Which Protocol will launch the $DVF Airdrop Program?

Is Ukraine Legalizing Bitcoin to Protect its Economy From War?