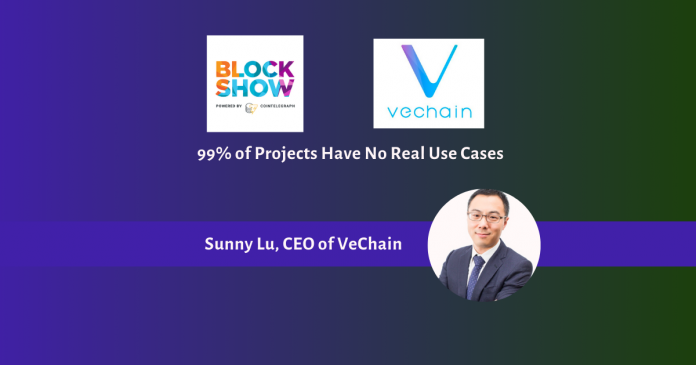 CEO and co-founder of VeChain, Sunny Lu has disclosed that the price of almost all cryptocurrencies is purely speculative. He has his arguments. But do you agree?

Lu made this statement on November 14 at BlockShow Asia 2019. According to him, most crypto projects are concentrating on generating funds without creating corresponding use cases for their tokens. This leaves them relying on speculations and market manipulations.

Lu said: “99% of a [cryptocurrency’s value] is linked to speculation, and not to the value that solution can bring to society”. He also added that this results in many startups trying to produce and sell digital tokens instead of creating solutions. “[…] This causes many startups to waste a lot of time producing and ‘selling’ the token, failing to develop solutions for where they were initially focused.”

Several speakers at BlockShow Asia discussed how to accurately determine the value of blockchain projects. Most of them also pointed out that it is difficult.

CEO of Coinsilium, Matthew Roszak said: “There is no way forward, no good practice that you can look at and mirror.”

Also adding that: “It’s in the early years and everything is still very new, so it’s very difficult to determine the value of blockchain-based projects. Here we are learning and developing in a totally disruptive market, and I believe we will continue to develop this market.”

Lu isn’t the only one with these thoughts. Earlier this month, CEO of Ripple Brad Garlinghouse expressed a similar opinion. He said that 99% of cryptocurrency projects will have to close shop in the future because they provide no real solutions to users.

ICOData.io also revealed that 875 projects raised $6.2 billion in 2017. In 2018, $7.8 billion was raised by 1,253 projects. When compared with only $366 million raised by 102 projects this year, it is quite clear that there’s been a significant reduction in the investment rate.

Total market capitalization of the crypto space got to a height of approximately $835 billion in January 2018. It is however currently down to $224 billion.

Speaking on the issue, Dash on its official news website acknowledged that the investment in the crypto space has declined. It, however, added that adoption focused crypto projects have nothing to worry about. Dash also claims that it stands tall in the crypto space. Pointing out several of its numerous partnerships and projects.

Thus the Dash Group is looking to take over Latin America’s crypto space. This year alone, Dash has partnered with several firms, installed ChainLocks to protect the network against attacks. It also added InstantSend, creating instant and also permanently settling payments for every transaction.

What’s your opinion on cryptocurrencies, their value and Dash’s professed impact on the crypto space? Do you think it is truly making a difference or it is part of the 99%? Send in your thoughts, I would love to hear from you. 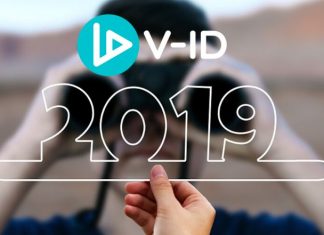 Deepika Garg - February 17, 2020 0
2019 was a great year of partnerships and adoption for VID. With exchange listings and over 40 clients using their product, there is a...